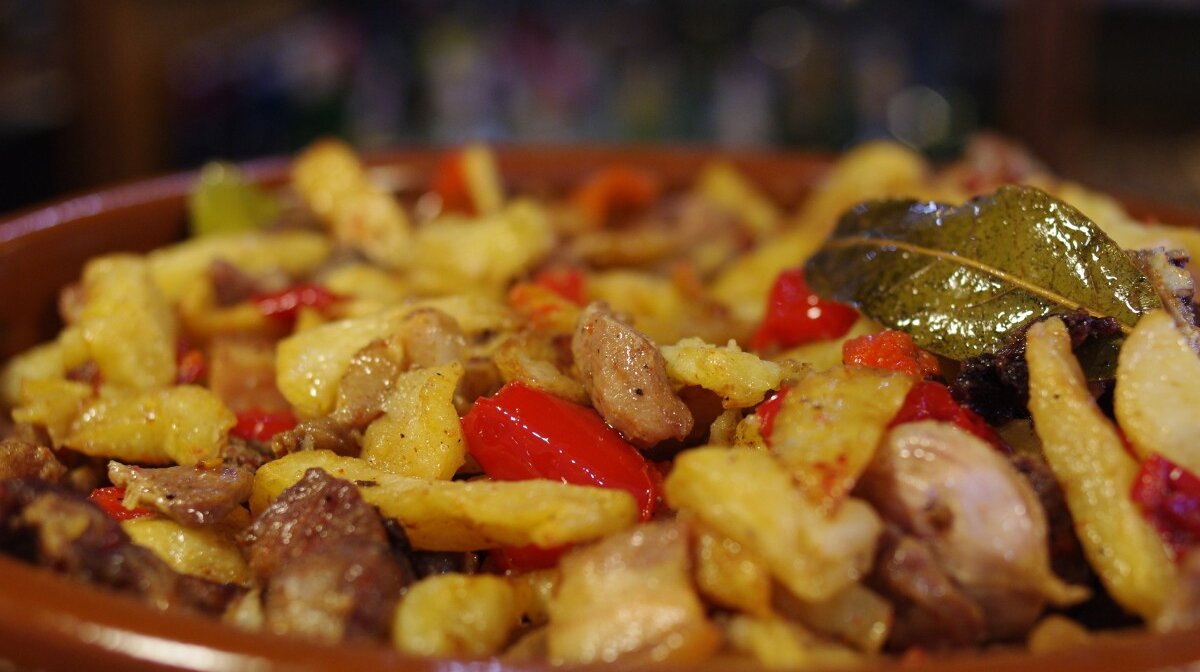 The "matança" was (and still is in some areas) a very important event in Mallorca.

Its origins can be traced back to the medieval Jewish community on the island, the Sephardi, because of its similarities with Arabic and Jewish-Sephardi cuisine, and it is already mentioned in a 14th-century manuscript.

There are local specialities such as the "Frit de rates" with game, "Frit de sang" made with blood and typically from the Serra de Tramuntana or "Frit variat" with lots of different ingredients.