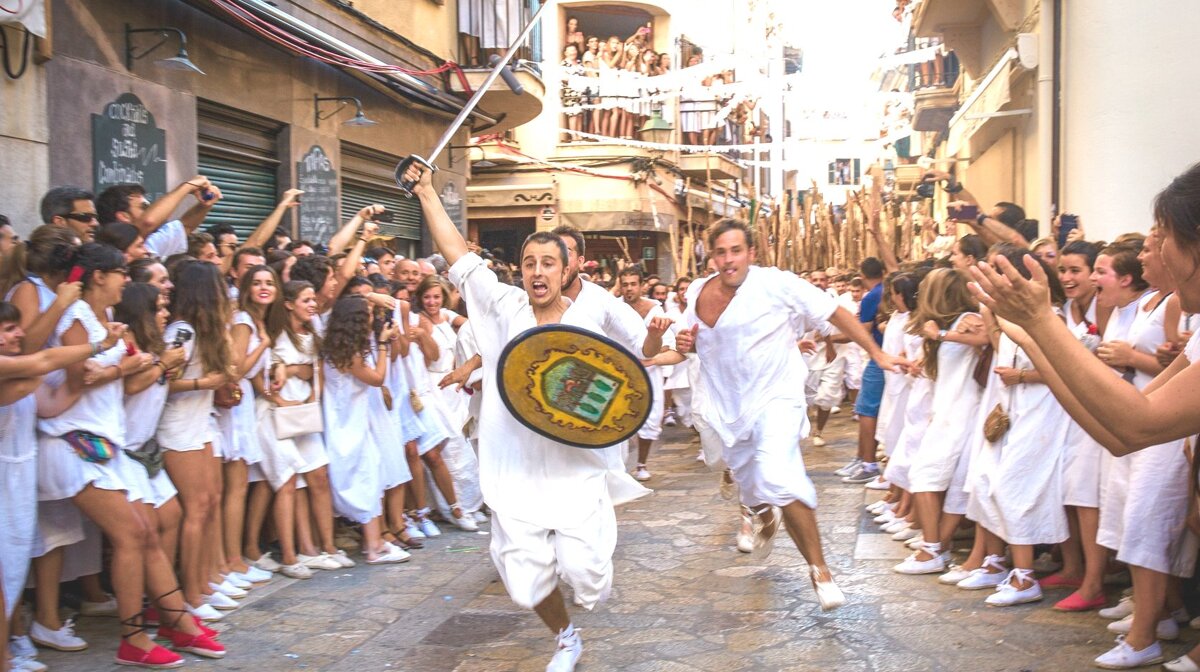 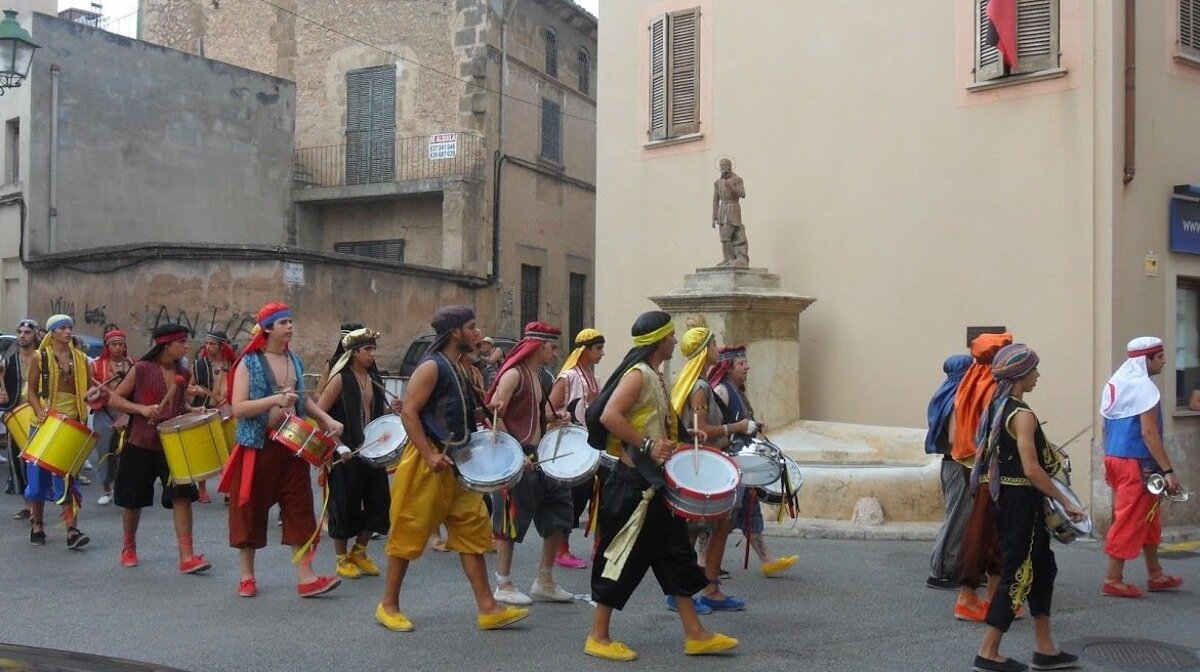 One of the most popular Mallorca festivals is La Patrona in Pollença, which is celebrated on the day dedicated to the Mare de Deu dels Angels, August 2nd

This fiesta actually takes place over a whole week but on the 2nd August a huge mock battle takes over the whole town for the day between the Moorish pirates (baddies) and the Christians (goodies), followed by an epic fireworks display.

In the days leading up to this climatic event, the town is strung with white bunting from end to end. Pollenca’s main square is transformed into festival central with a gazebo of white bunting strung up in the centre and a stage set up surrounded by market vendors and festival food carts. Concerts, children's entertainment, sporting exhibitions, demonstrations, markets and parties fill the historic town. See the web link for the programme (normally available the week before the event).

The mock battle between Moors and Christians recreates a pirate attack that took place on the night of the 30th to the 31st of May 1550, and it has been reenacted at least since 1860. The action starts at the Plaça de l'Almoina when the Pollençans lead by Joan Mas meet the Moorish pirates lead by Dragut. After Mas invokes the Virgin, there is a large battle with the Moors backing up along the main street (Carrer Major). The fight continues throughout the town, finishing at the Ca n'Escarrinxo field, where the Christians capture the pirate flag.