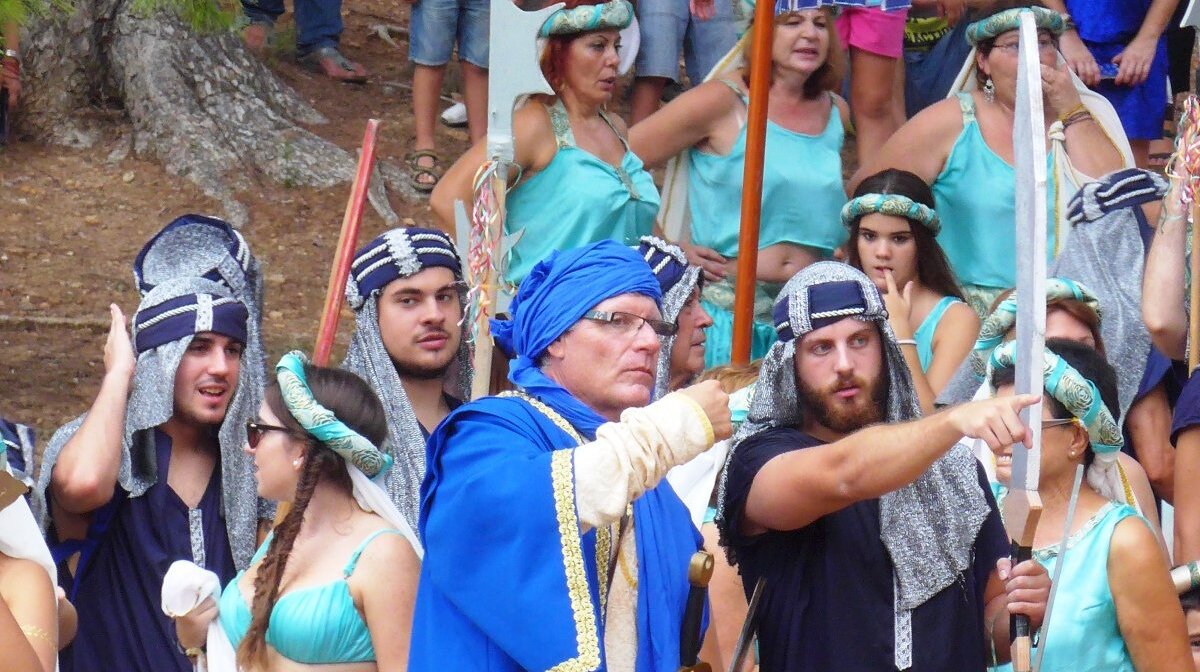 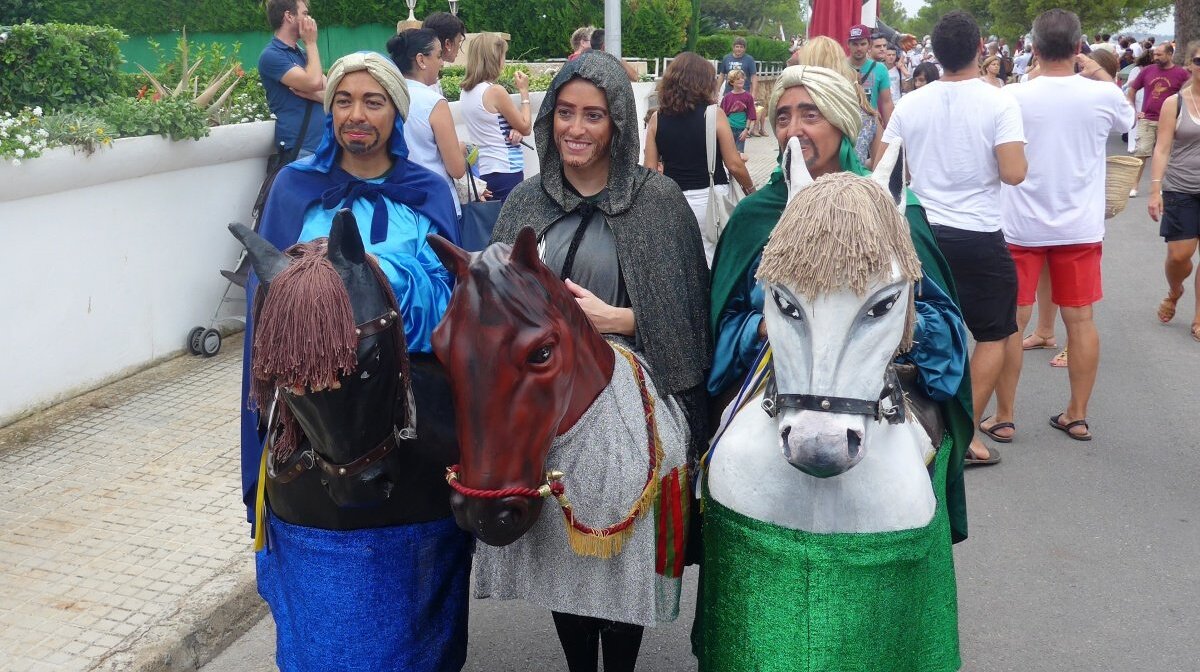 The festive programme consists of dozens of cultural, leisure and traditional activities such as concerts, exhibitions, correfoc, medieval market, thematic fiestas, parades, traditional dancing, sports, etc. Highlights include a parade of giants, DJ sessions at the weekends, a 'night of fire' and a medieval market where you can sample all sorts of curious food and drink offerings.

The star of the show comes on the Saturday 8th September, when a re-enactment of the landings and the battles take place on Playa Grande beach & Calo d'en Pellicer beach, with the final battle being held on Santa Ponça beach. Expect firecrackers and much rejoicing! Fireworks mark the closing of the fiesta in the evening of the final Sunday.

Have a look at the official programme in the web link above (available just before the event) or read our report on the festivities and the Correfoc at Rei en Jaume.

On the streets of Santa Ponça

The Festes del Rei en Jaume were first celebrated in 1929 when the 700 anniversary of the arrival of King Jaume I was celebrated. The monarch, together with his Catalan troops, disembarked in the area that is now Santa Ponça at midnight on September 10th 1229 with a fleet of over 150 vessels. The biggest celebration of this fiesta is a reenactment of the arrival of the Christian warriors and their first fight with the Arabs.