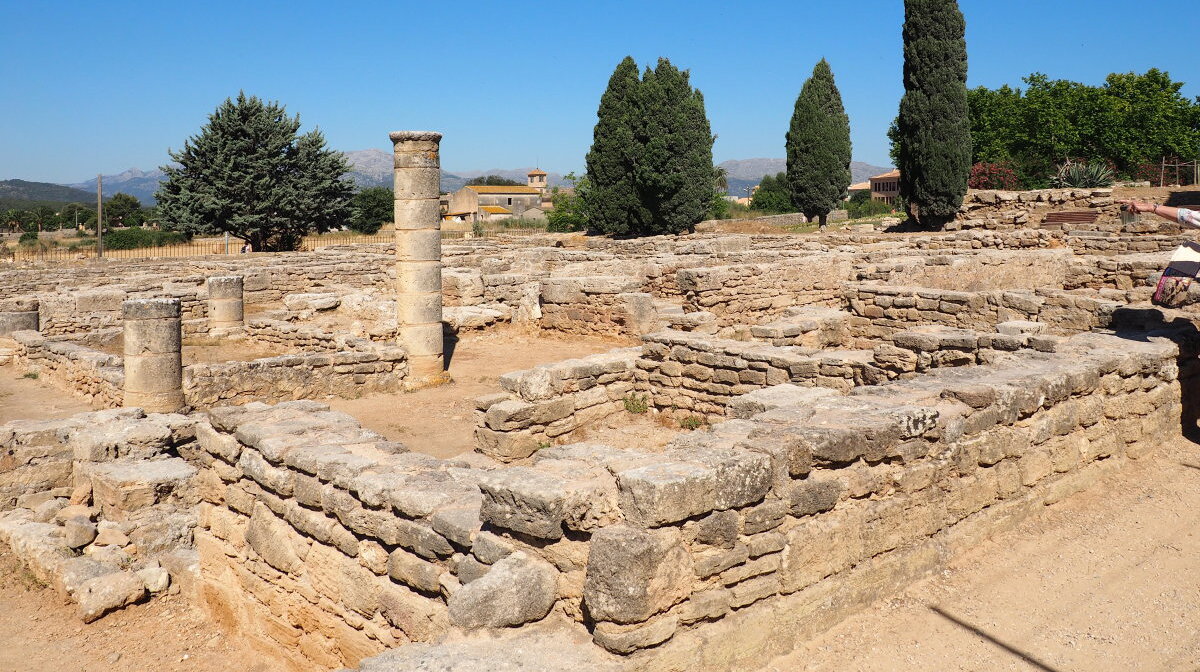 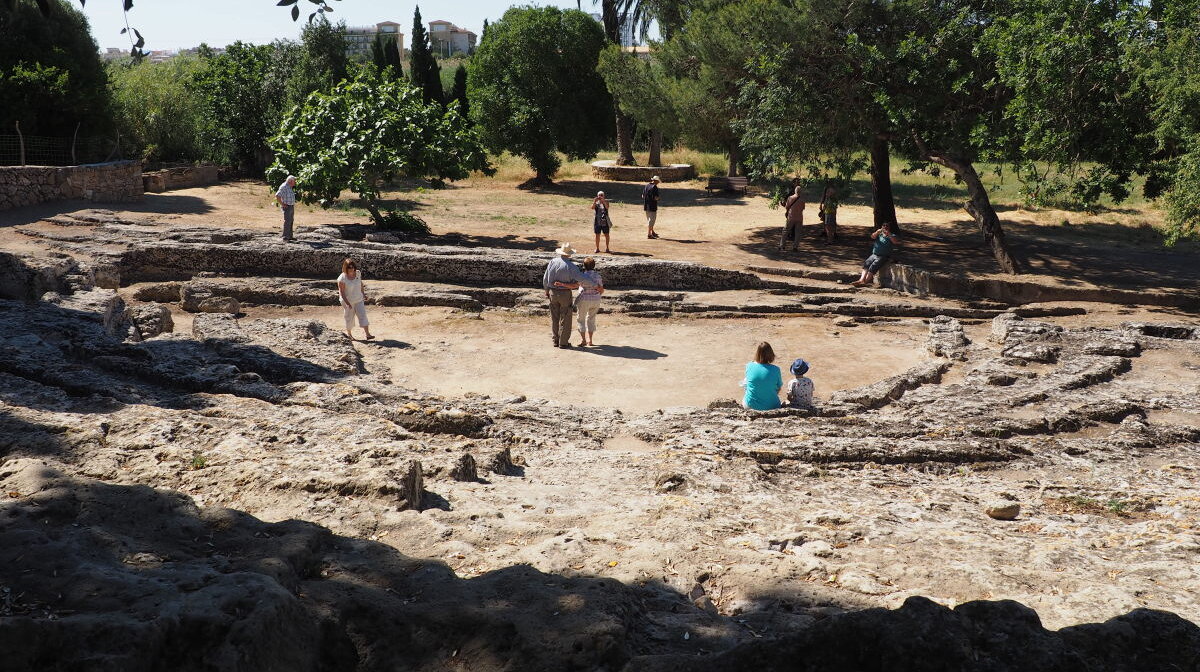 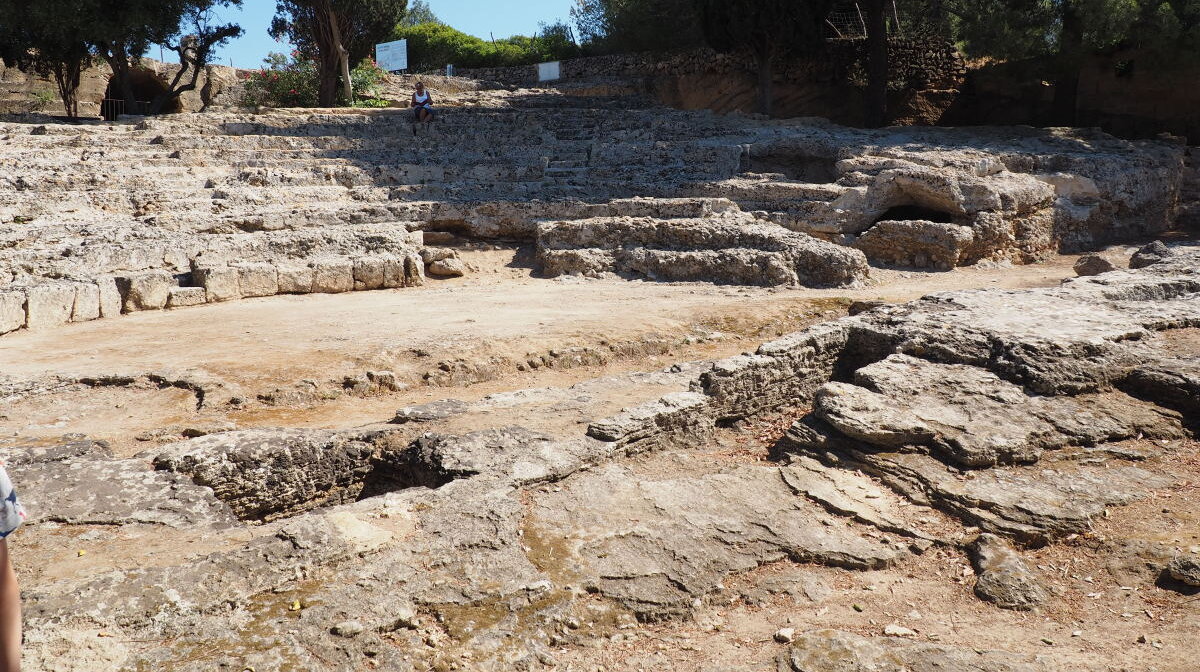 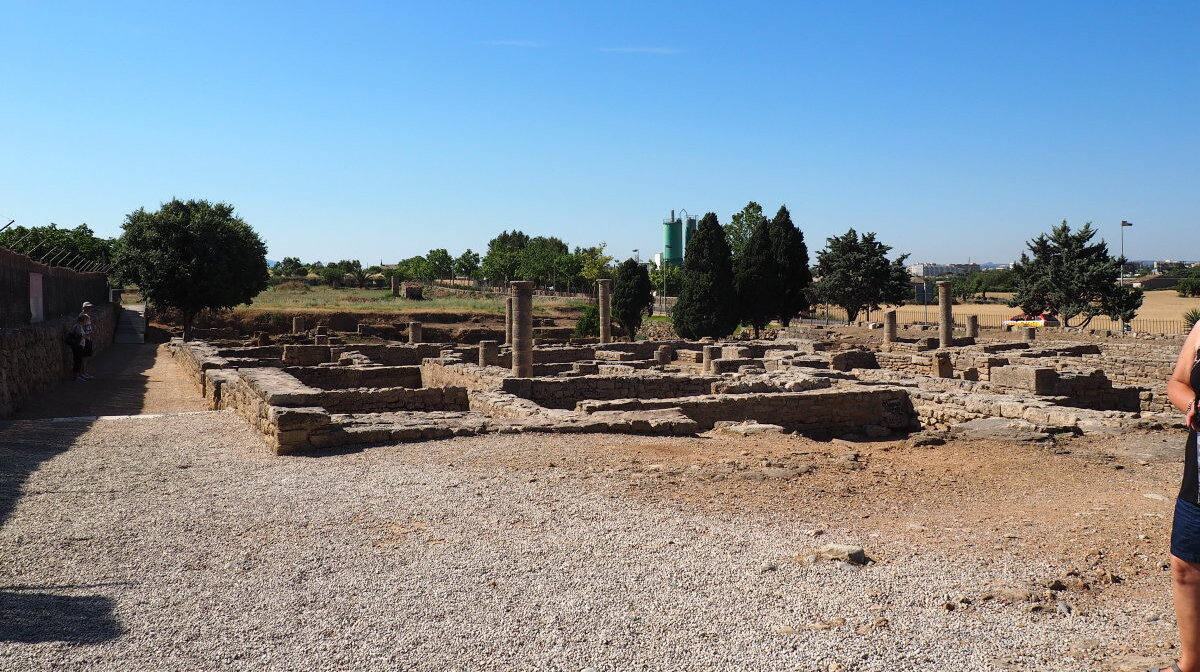 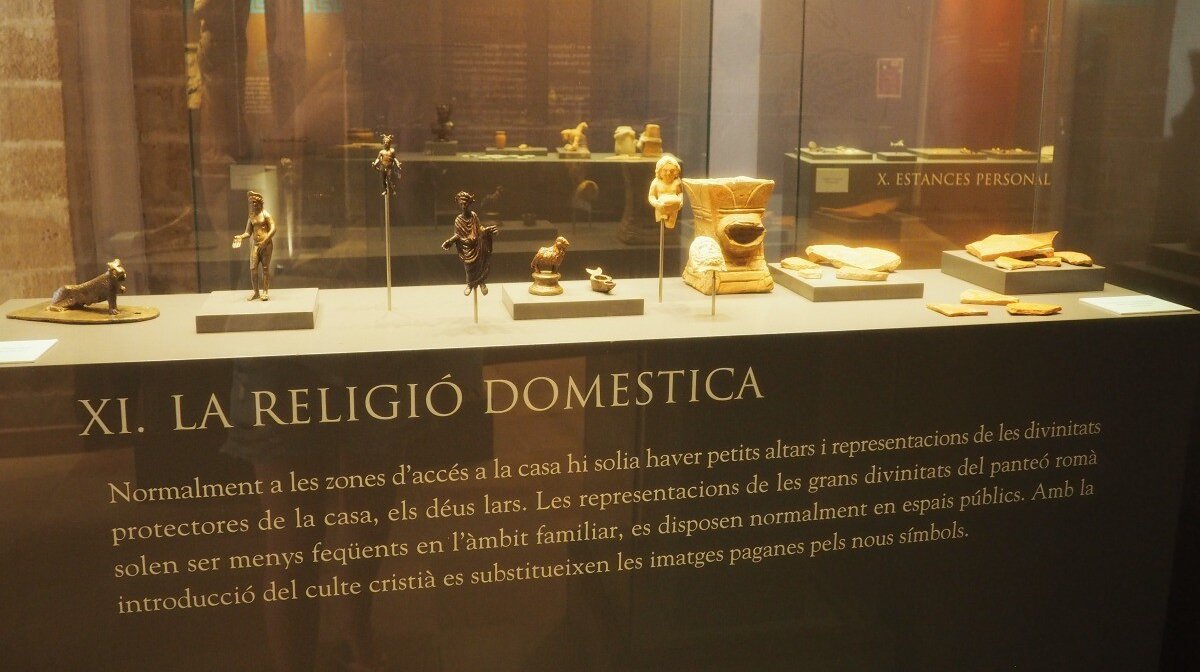 A trip to the north of Mallorca is not complete without a visit to the Roman Ruins of Pollentia.

Founded in 70BC and undergoing large development through the next 300 years Pollentia was the beginning of urban life in Mallorca. Located in the strong defensive position of Alcudia with its strategic advantage of being between the two ports of Alcudia and Pollenca and this town would have fast become one of the most important cities in the Balearic Islands surpassing other towns with it’s population, covering an area of 15-20 hectares and becoming the capital of the island.

Pollentia retains its importance now as ‘the most complete and significant archaeological site’ in Mallorca. Discovered by chance in the 16th century, it’s been studied ever since but excavations didn’t begin there until 1923 and only really took off when the site was purchased by the Bryant Foundation in the 1950’s and large areas of the town began to be uncovered. Excavations continue today, only occurring during the months of July and August when conditions are favourable and archaeology students come over from Maine USA and mainland Spain to assist with the work.

Visitors to the site can view three areas of the town, La Portella, The Forum and The Roman Theatre. La Portella, the first area you come across is the residential portion of the town displaying the remains of three separate houses and the roadways around them. First the House of the Two Treasures shows the layout of a traditional house of the time and the way it would have been arranged around an outdoor courtyard or atrium to allow in light and air. The House of the Bronze Head is next so named because of the sculpture found in this house and now displayed in the museum. Thirdly the geographically named Northwest House the least well preserved of the three. Between the houses the viewer can see the columns that would have supported the arcade that covered the main street.

The Forum or the main square of the city is where archaeological work is concentrated now, buildings for the purposed of religion, commerce and administration would all have been located here, excavation work has uncovered a commercial area as well as two minor temples and work continues on a third the Capitolium Temple.  The final area and perhaps the most impressive is a short walk away from the rest of the ruins to what would have been the outskirts of the city. The Roman Theatre, dating back to the 1st century is thought to have been of 2000 person capacity and to have held sporting events such as boxing matches as well as plays, entertainments and political events. The distinctive shape of the theatre is still there for anyone to see, the raised semi circle of stone seating facing the stage area is clear to see and there is an information board which will point out to you further details of the layout and in the museum you can see a scale model of what it would have looked like in its prime. In the later years the Theatre was used as a necropolis or grave site with elaborate tombs ad monuments, evidence of this can still be seen.

The €3 entrance fee to the ruins also gains you access to the Museum Monografic de Pollentia which you should definitely visit in conjunction with your trip to the ruins. The building itself was the site of the first hospital in Mallorca and now houses personal, domestic and religious artefacts found during the excavation of Pollentia and also scale models of the ruins and what the town would have originally looked like. The labels and descriptions are all only in Catalan so if you’re not fluent you need to get a guide leaflet from the desk available in different languages.

A trip to Pollentia should definitely be on your agenda if you’re staying in the north of Mallorca, you should allow a least an hour for wandering around the ruins and 30 minutes for the museum leaving you plenty of time to fit other activities into your day. It’s worth noting that if you join the free Alcudia walking tour that runs every Wednesday and Friday morning at 10am then the ruins are part of the tour so you get to see them with a knowledgeable guide, and your entry fee is €1 cheaper!

Opening hours are  Tuesday to Saturday from 9:30 to 20:30. Sunday from 10:00 to 13:30. Closed Mondays and holidays. This timetable is for May – September and is liable to change in the off season. Check the website for up to date times.

Read more about Pollentia and about the town of Alcudia.