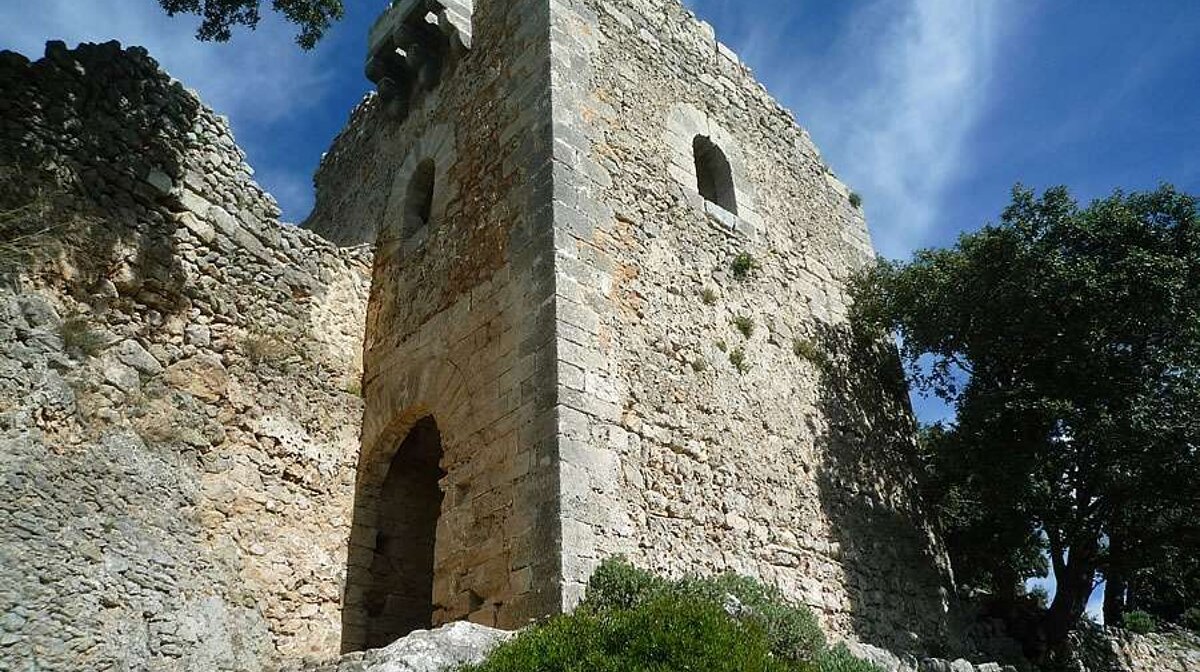 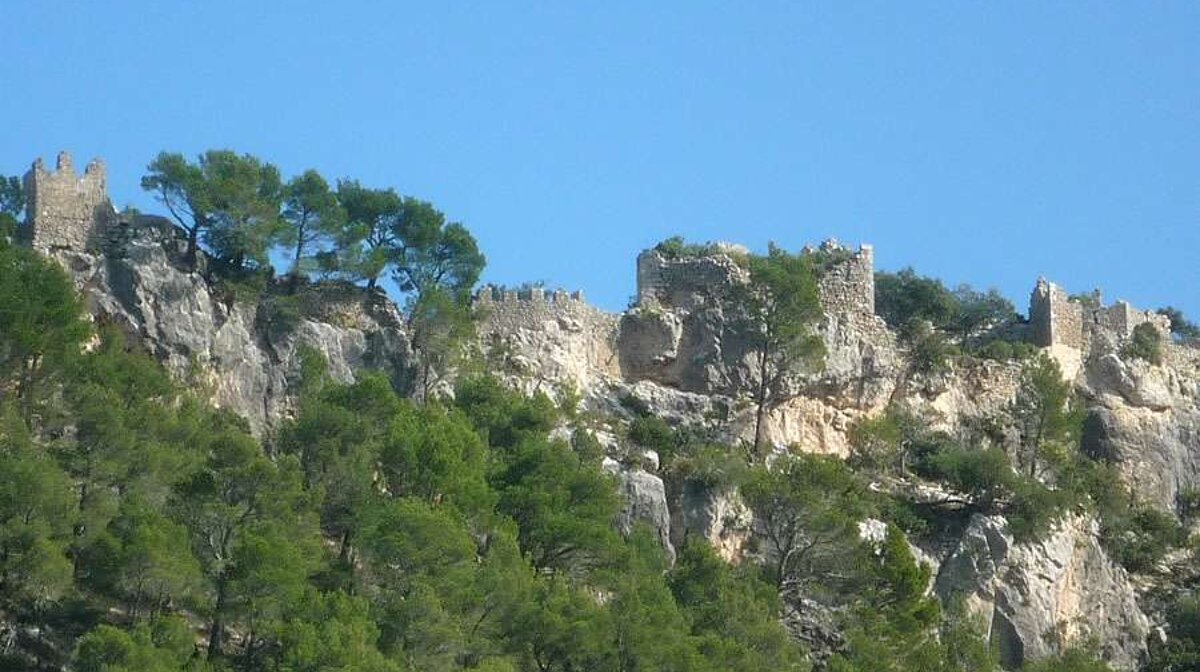 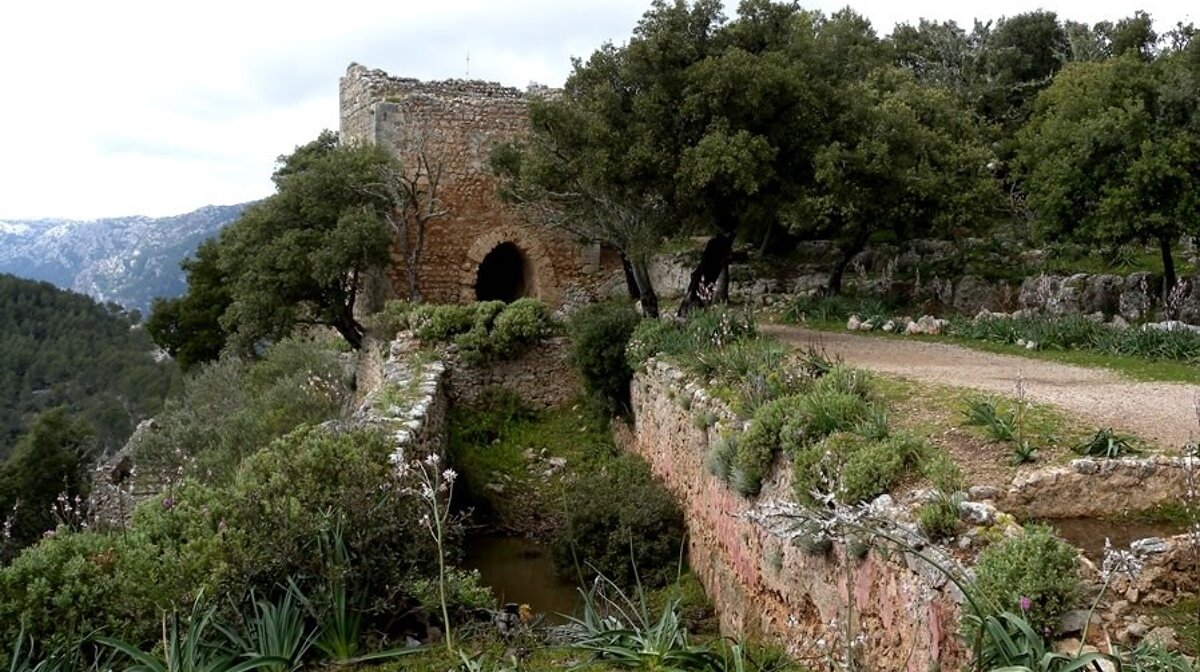 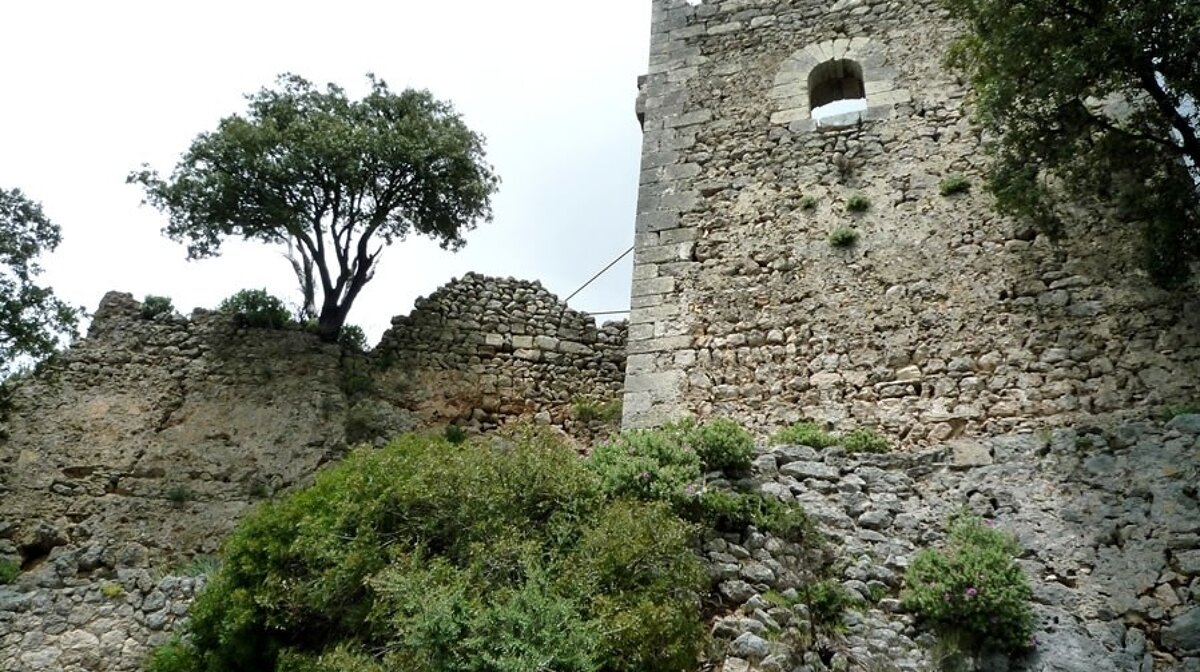 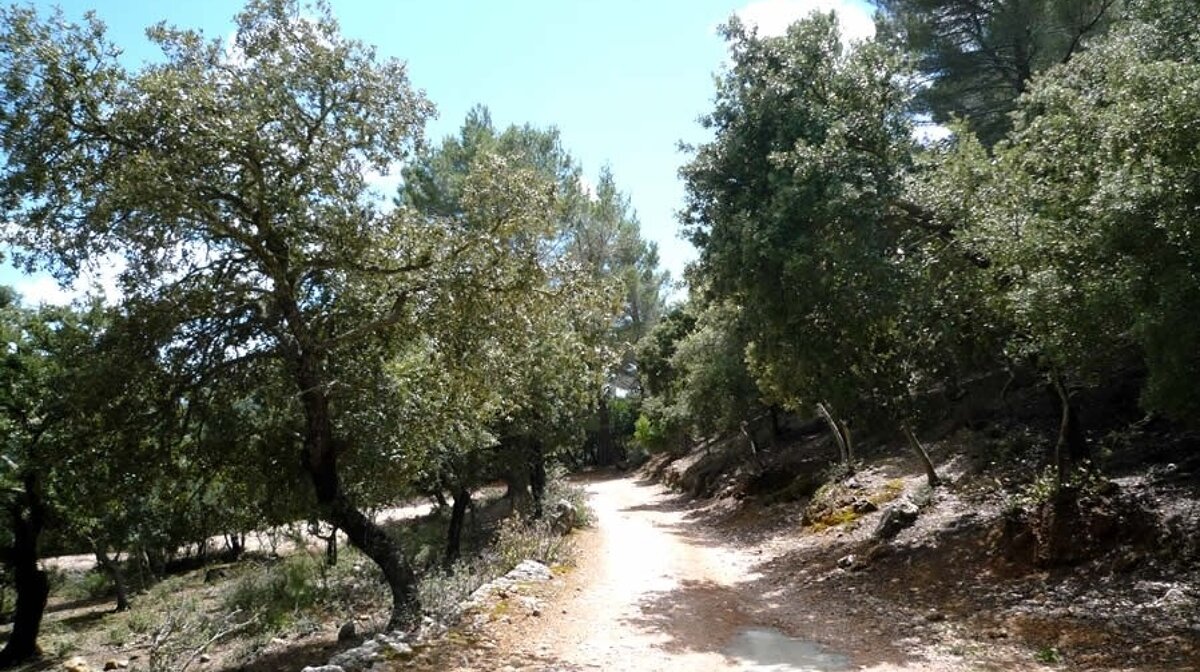 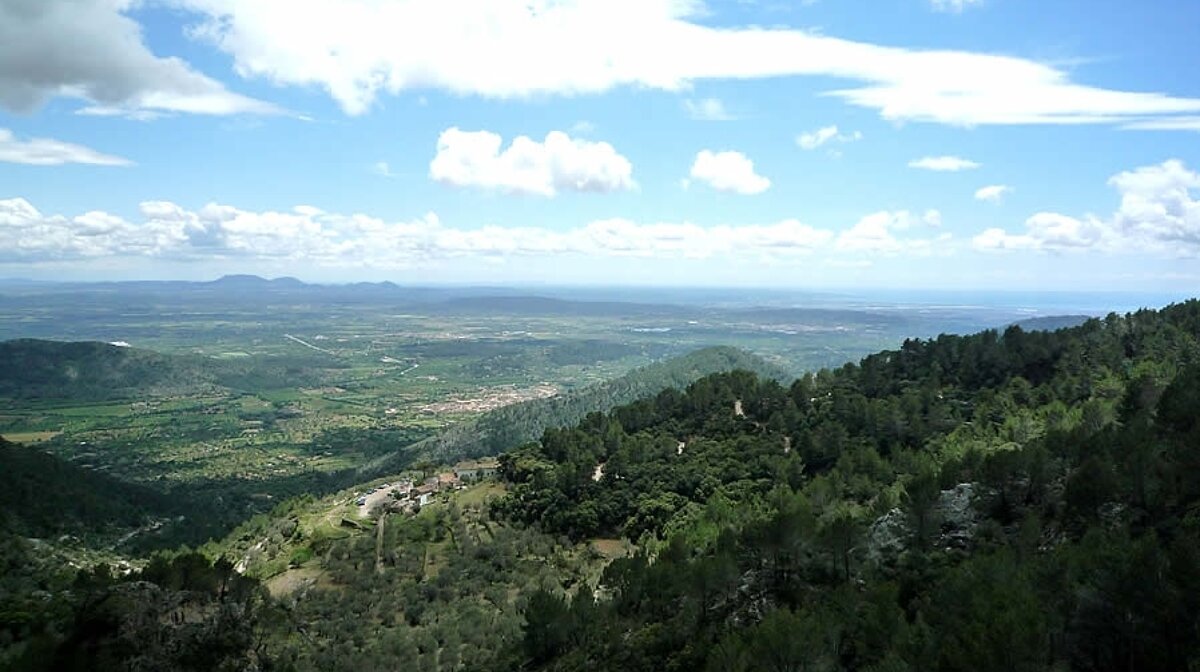 Castell d'Alaro is perched on top a rocky mountain above the town of Alaro in the west of Mallorca. A popular walk from the town (or further up the hill if you prefer to drive) takes you to a ruined castle and hilltop chapel offering spectacular views of the Tramuntana mountains and over towards Palma and all the way to the sea.

A castle has stood on this site since Moorish times; it was so impregnable that the Arab commander was able to hold out for two years after the Christian conquest. Later, in 1285, two heroes of Mallorcan independence, Cabrit and Brassa, defended the castle against Alfonso III of Aragon and were burned alive on a spit when he finally took it by storm. Their punishment was a consequence of their impudent defiance of the king. They pretended to confuse Alfonso's name with that of a local fish - anfos, shouting: "We like our anfos grilled." The present ruins date from the 15th century and seem almost to grow out of the rock, dominating the landscape for miles around.

The climb up here is one of Mallorca's most popular walks; do not go on a Sunday if you want to be alone. From the town of Alaro it takes about two hours, following the signs from the PM210 to Orient. You can also leave from Orient, following a small path opposite L'Hermitage hotel, again taking around two hours in total. The paths converge at Es Verger restaurant (you can even bring a car this far if you don't mind the potholes and the hairpin bends), where you can fill up with roast lamb to fortify you for the final steep climb.

At last you reach the castle, 800m above sea level. Look back at the view, stretching across the entire plain to Palma and out to sea. A few minutes further brings you to the summit, with a small chapel and sanctuary, and (bliss!) a restaurant and bar. If you are inspired by the views, you can stay the night here in one of the simple rooms.

You can drive up to Es Verger Restaurant (although the road can sometimes be a bit challenging), and start your 30-40 minute hike from there. Or, if you prefer, just set off from Alaró for a longer route.