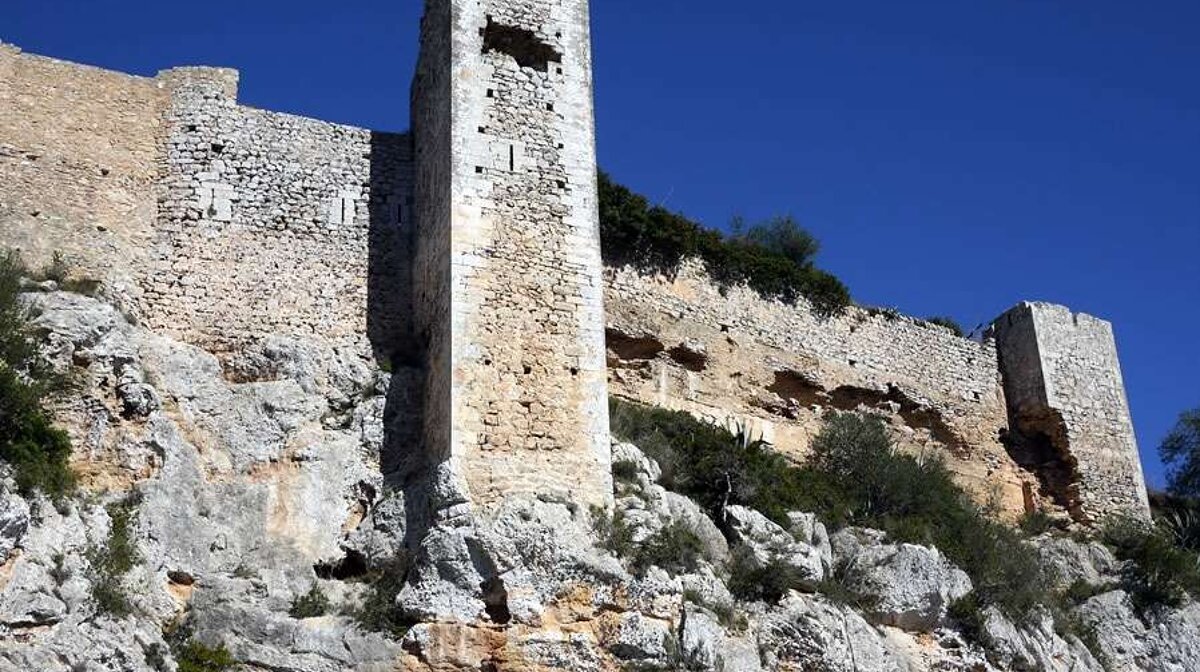 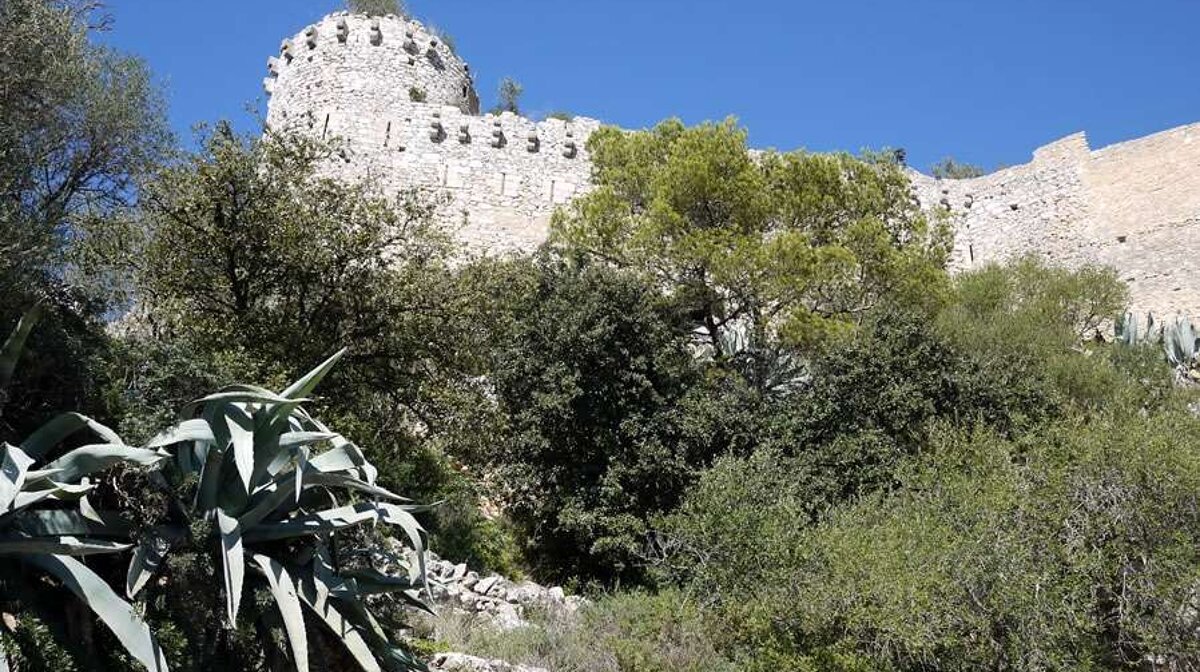 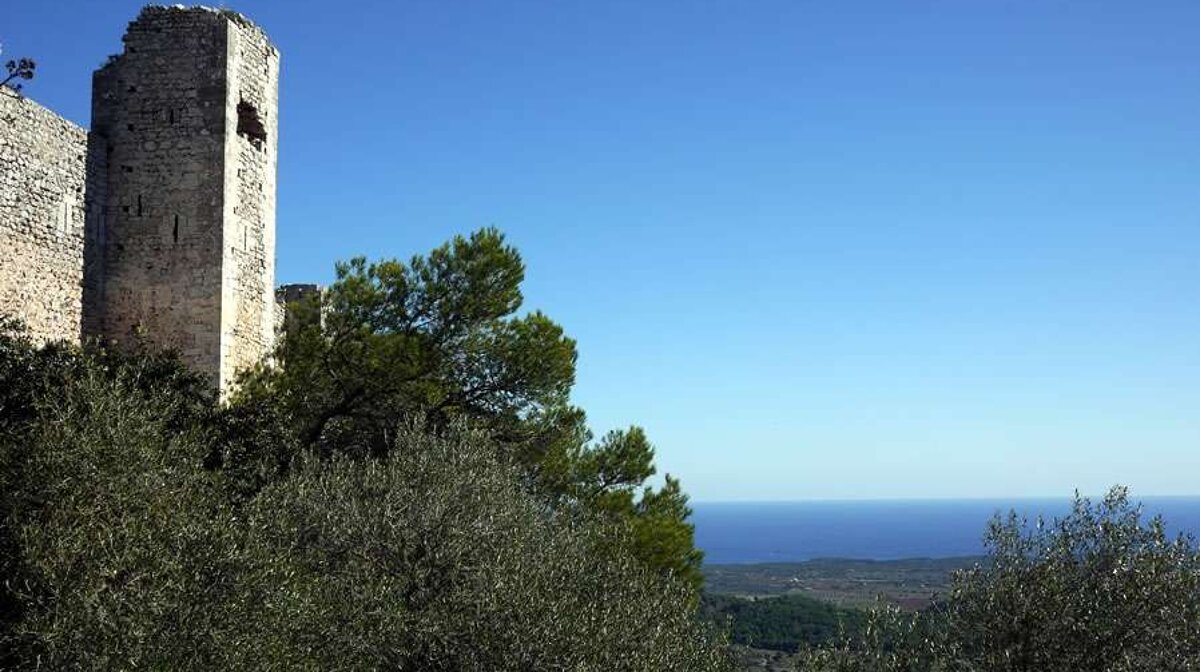 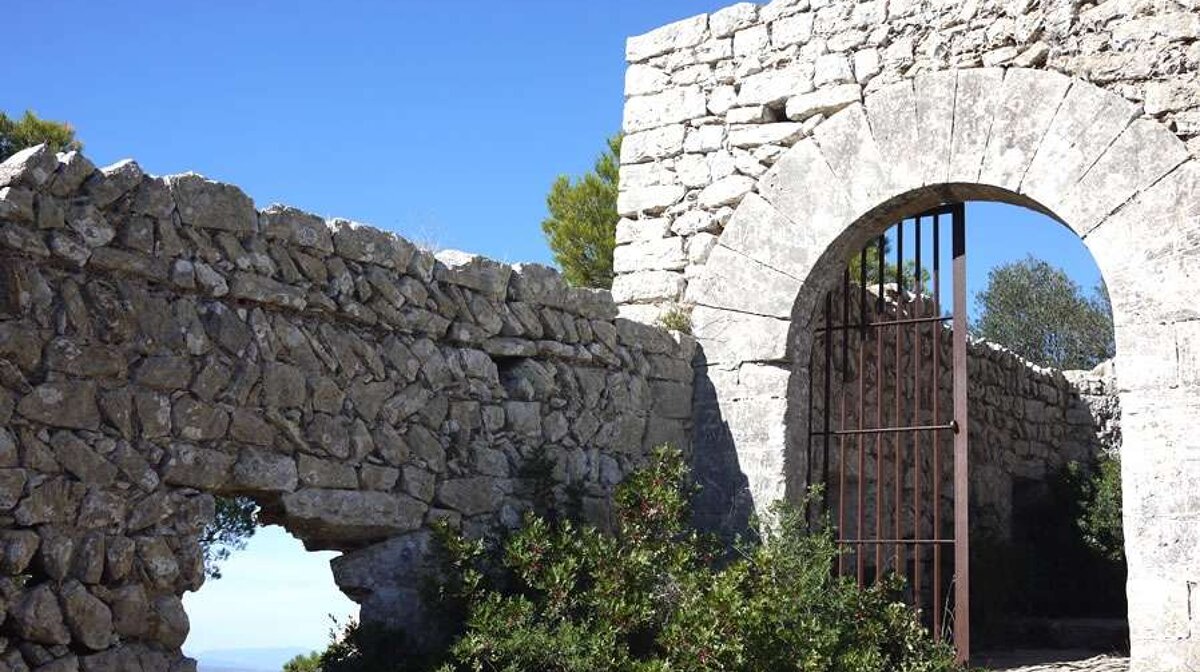 Santueri Castle, in the south-east of Mallorca

Santueri Castle and views to the sea

The entrance to Santueri Castle

Santueri Castle sits on top of a rocky outcrop some 475 metres above sea level. It is a stunning, well preserved castle with remarkable views of the south east of Mallorca and the Cabrera Islands on a clear day. The present walls date from the 14th century but a fortification has existed here since Roman times.

The Moors certainly had a hand in re-building the castle during their occupation of Majorca between the 8th and 13th century. When King Jaume I invaded Mallorca for a second time in 1231, the castle was used as a refuge for the Moors and was beseiged by the Christians.

Legend has it that the Moors were tricked by the Christians after they found the castle to be impregnable. The locals held a party one evening with music and dancing, which distracted the Moors allowing them to be attacked from the other side of the castle. Not to be out-smarted, several of the Moors escaped to a defensible cave where they were surrounded again. The Christians thought they would be able to leave them to starve to death but the Moors taunted them by holding up fresh fish every day - what the Christians didn't know was that there was a tunnel at the back of the cave leading to the sea.

In 1811, the castle passed into private hands. After 13 years closed, you can now enter its interior where you will find a splendid central tower, ruins of ancient defensive structures, the old keeper's room, a cistern and many other constructions that tell the story of the life inside the castle.

Additionally, you can enjoy the walls and towers and of course the views. There are plenty of hiking and cycling trails in the area, or you can drive right up to the castle by taking the road from Felanitx to Santanyi.