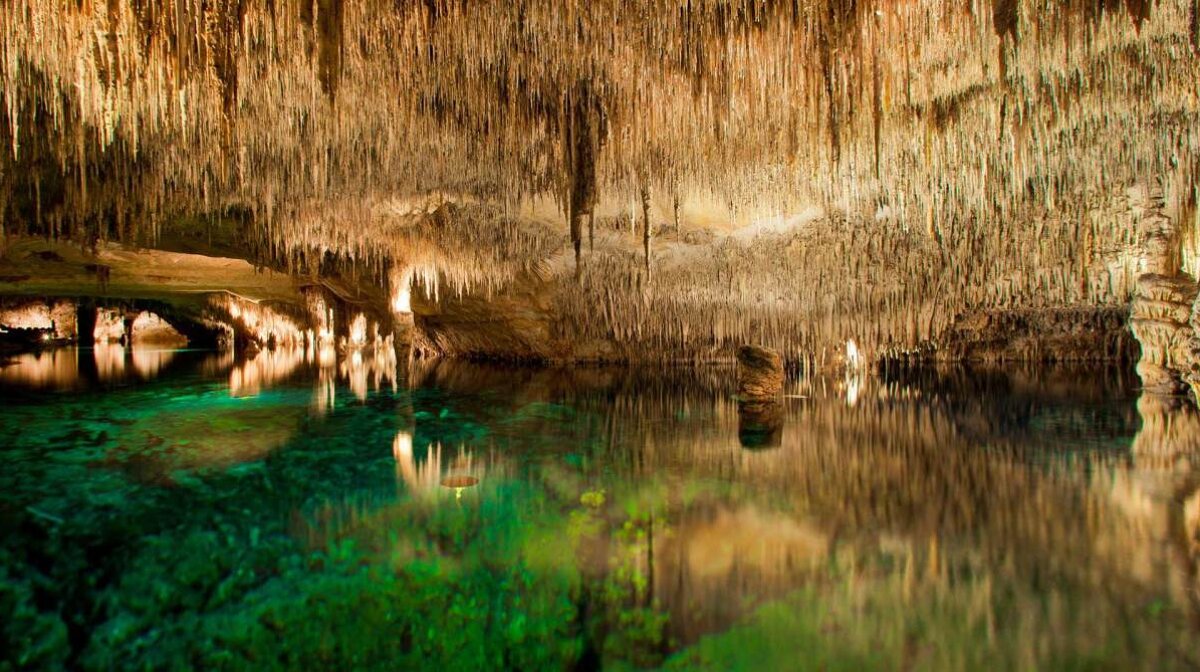 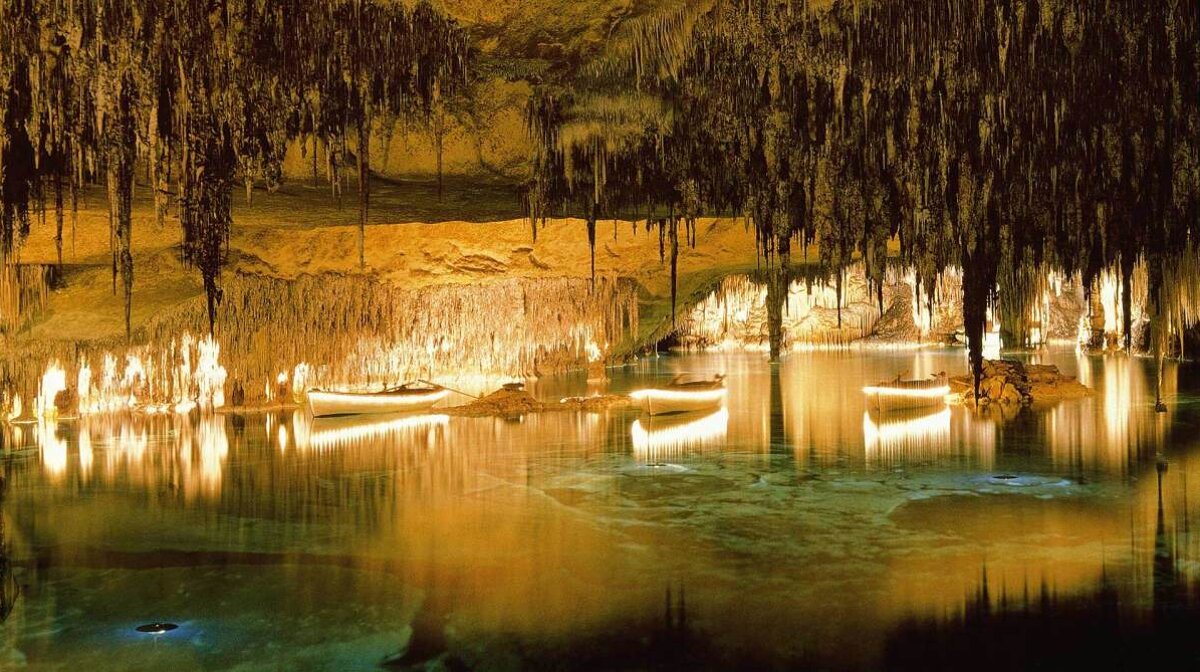 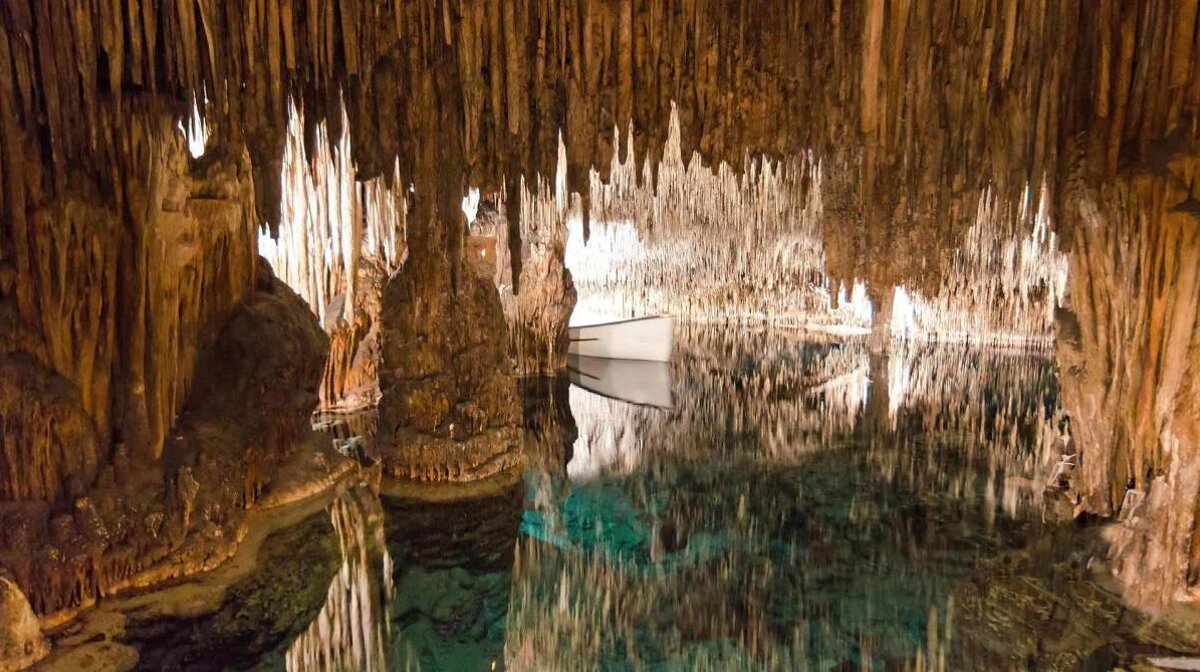 Dark and cool, these limestone caves on the edge of Porto Cristo have become one of Mallorca's top tourist sights. Groups walk along 1200m of smooth paths exploring the magnificent stalactite formations within.

The Cuevas del Drach (or Dragon Caves) were already known during the Middle Ages. These calcareous formations were formed between 11 and 5.3 million years ago, during the Miocene era. Between 1922 and 1935, they were conditioned to be visited by opening a new entrance, building paths, stairs and installing electric lighting. The tour takes about an hour and includes a classical music concert and a boat trip. The temperature inside is about 21°C and the humidity an 80%.

The colours and formations within the cave are truly astonishing and those with a creative imagination will see formations resembling a cactus, a flag and even a snowcapped mountain. There is also the Baths of Diana and a multitude of fantastic stalactites that grow 1cm every 100 years.

The tour ends with a floodlit, floating violin concert on Lake Martel, Europe's largest underground lake, about 170 metres long and between 4 and 12 metres deep. The lake is named after the French geologist Edouard Martel who first explored these caves in the late 19th century, at the commission of Archduke Ludwig Salvator. Afterwards you can return by boat across the lake to the exit.

Photography and video cameras are permitted during the tour (with the exception of the concert) but without using flashes, lights or tripods. There is also free parking, free WiFi, a café, a souvenir shop and picnic areas.

For same day visits, tickets can be purchased from the ticket office, which is located 200m from the cave entrance. You can also purchase tickets in advance online and pay by credit card. Your ticket will show the time of your visit and you should arrive 10 minutes before your tour begins. Places are limited and only visitors with a valid ticket for the visit concerned may enter the cave.

Entry tickets cost €15 for adults and €8 for children at the reduced online rate (add €0.50 for tickets purchased at the ticket office).

Reduced rate entry is for children between 3 and 12 years old. Children under 2 years old get in for free