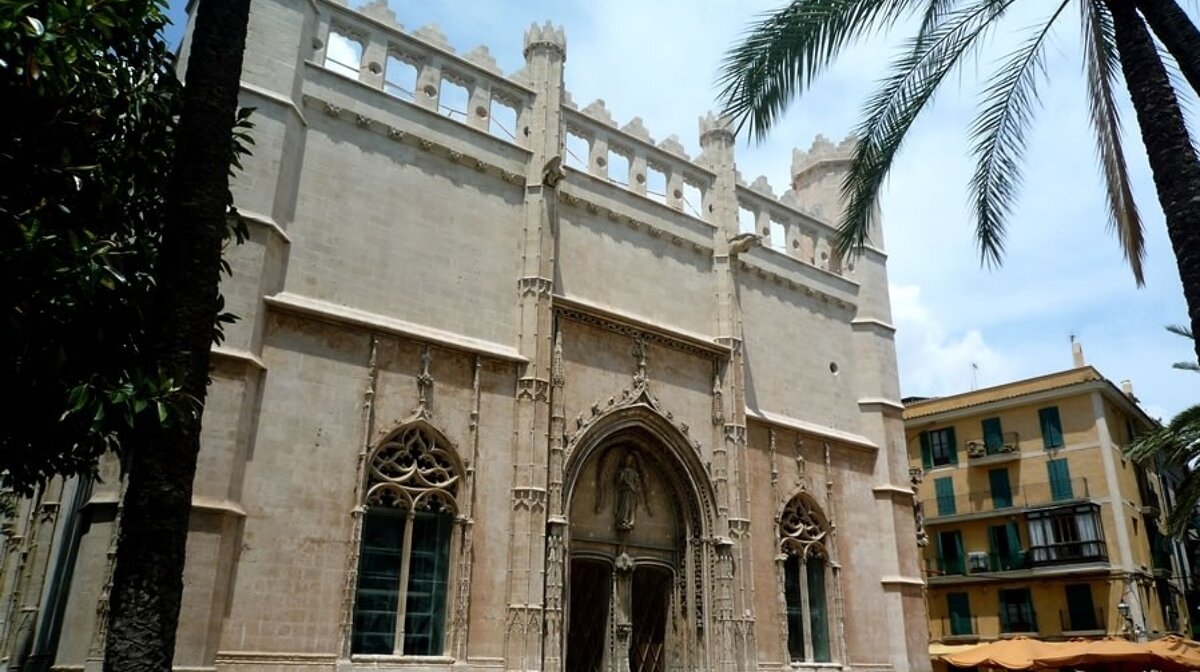 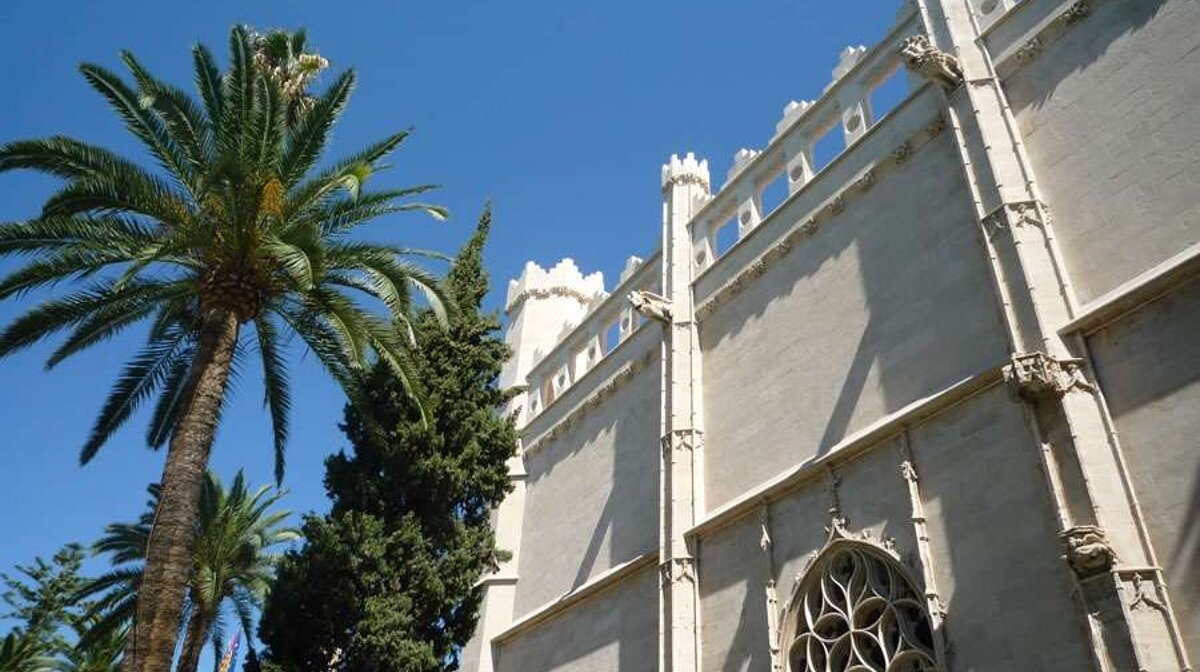 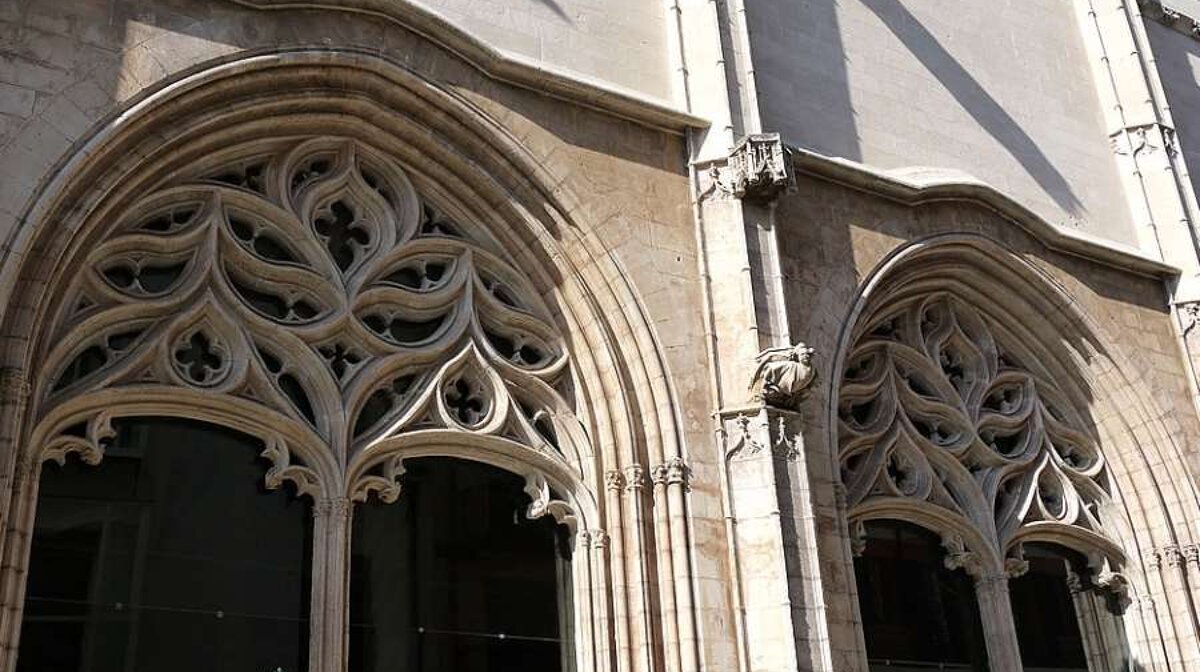 With twin turrets and an angel over the door, this 15th-century seafront building looks half-castle, half-church. In fact it is neither.

It was designed by Guillem Sagrera (the architect of the cathedral's Portal del Mirador) as the city's exchange when Mallorca was a major maritime trading centre in the 15th century.

As trade declined through the centuries, Palma ceased to have so much commercial importance and the building changed its use according to need. It was used as a store for goods and guns during the War of Independence and became a gallery for fine art at the end of the 19th century.

The rectangular hall has an octagonal tower at each corner, with ten smaller towers to act as buttresses. Stand among the spiralling pillars, gaze up at the rib vaulting, and try to imagine the Mallorcan merchants of 500 years ago haggling over silk, spices and silver.

The building  is not open unless there is an exhibition on.