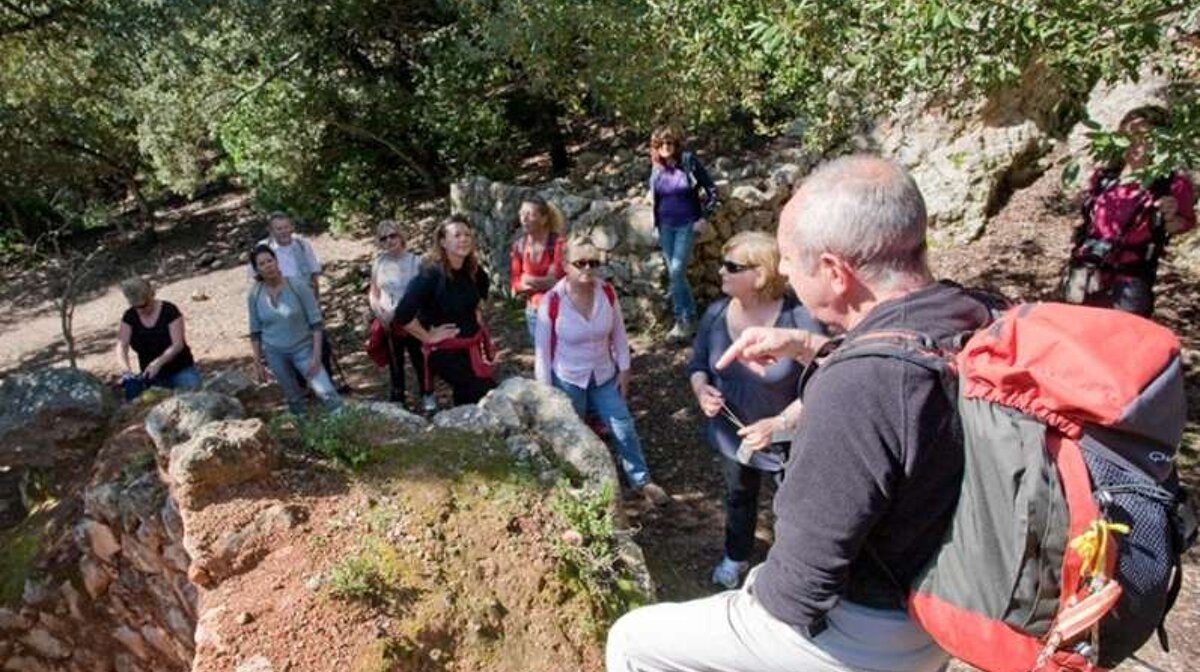 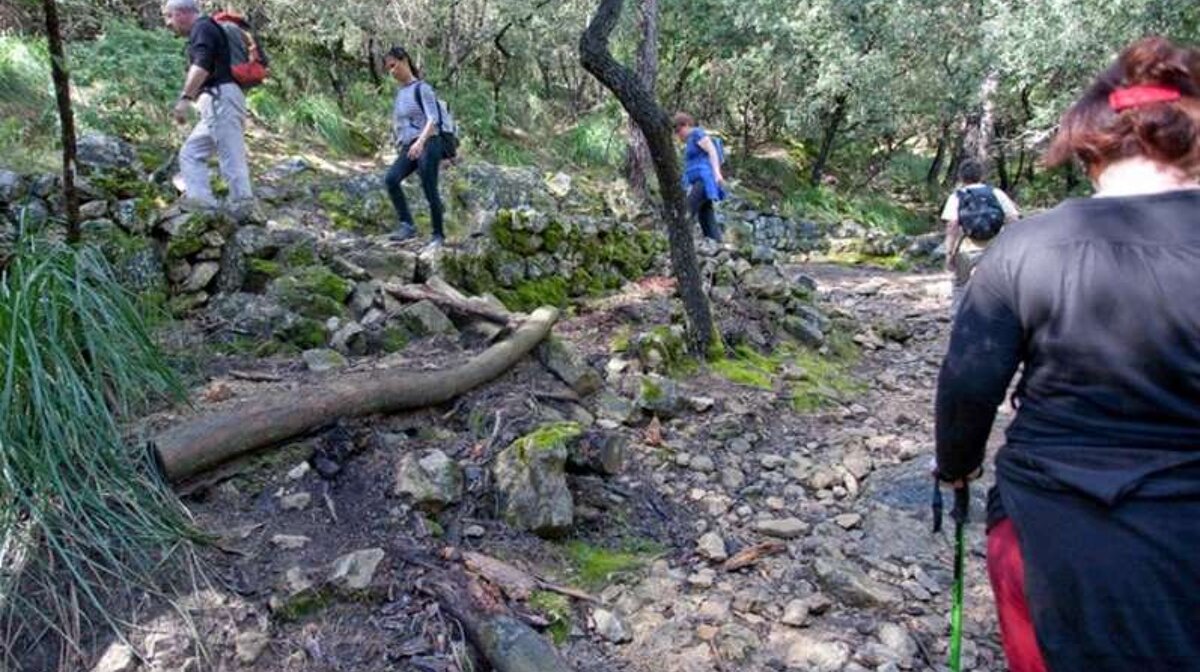 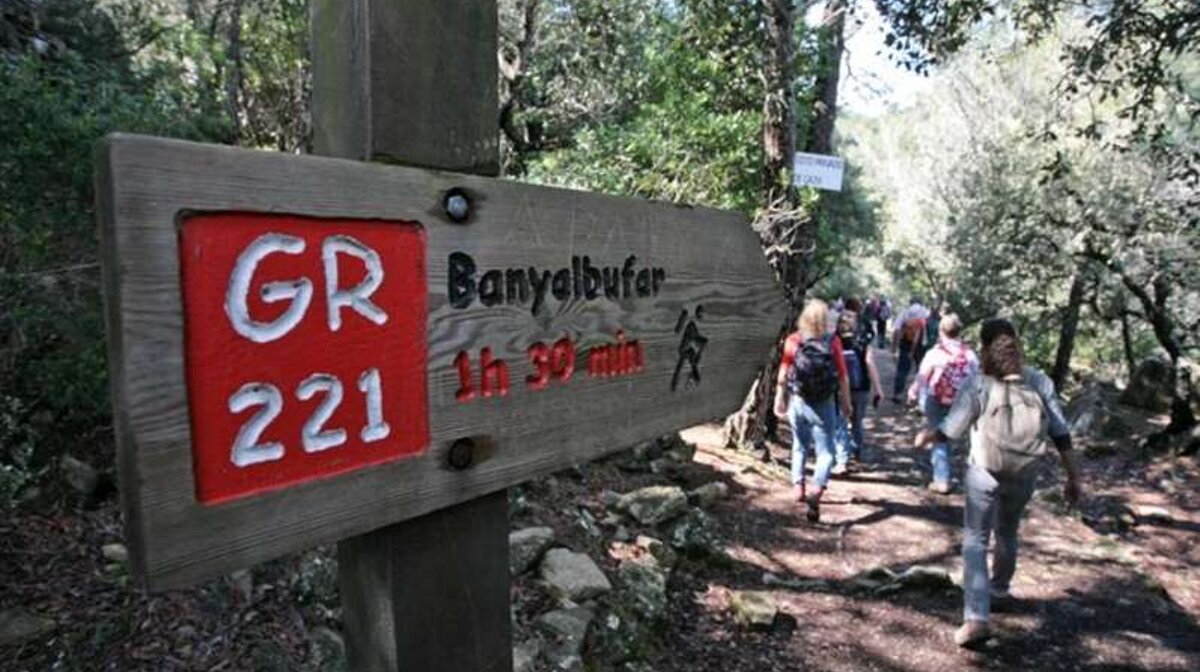 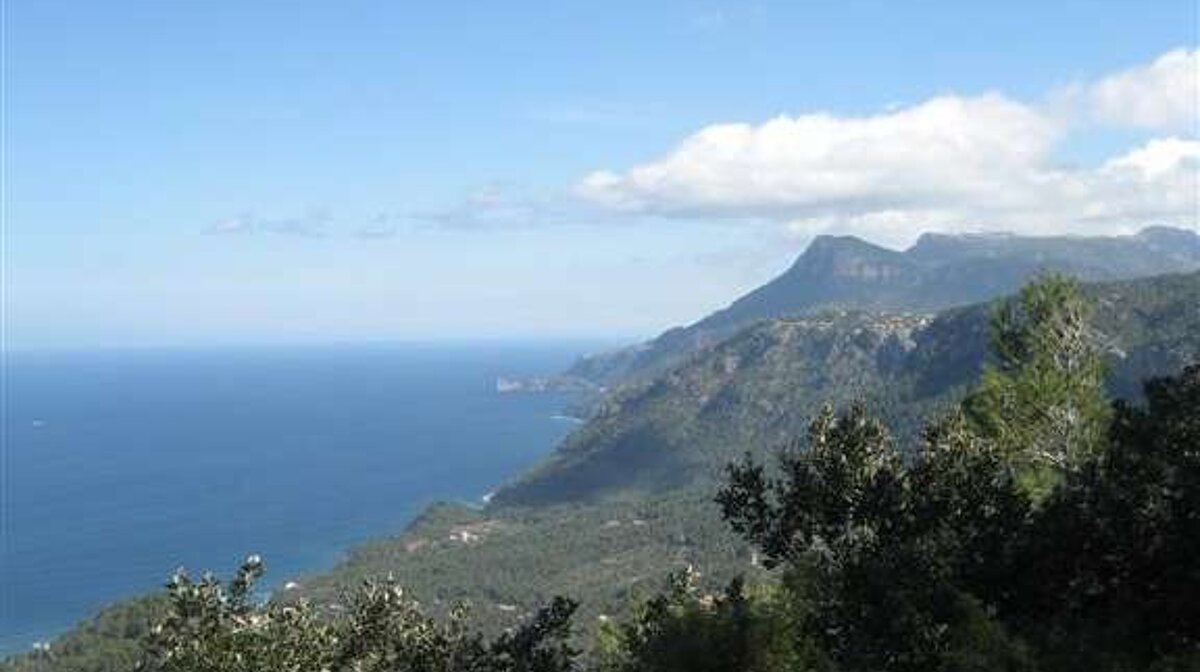 Hiking through the woods along the Postman's Route

When a post for the Mallorca Hiking Club popped up on Facebook on a miserable February day, it immediately grabbed my attention. My New Year's Resolution to get fit was but a distant memory, and this sounded too good an offer to pass up. I have always fancied mooching around the pretty part of Mallorca that I knew existed, but with a hopeless sense of direction, I was nervous to go off on my own in case I got lost and ended half way up a mountain in the middle of nowhere.

The MHC is for residents of Mallorca, or indeed people who spend a lot of time over here, who are keen to get out and experience some of the beautiful countryside the island has to offer; and at the same time, learn a bit of history, get some exercise in the fresh air, meet new people and overall have some fun.

The Club is very professionally managed by Fiona McLean, previously a Business Consultant and Lawyer, who moved to Mallorca 8 years ago with her partner. She became involved with the Mallorca Hiking quite by default, but mostly out of a real passion for the outside elements and all that goes with it - mountains, sea and sky, and of course people.

A first outing for the founding members of the Club was organised for 13th March. It was to be from La Granja in Esporles to Banyalbufar - ‘The Old Postman's route'.  It was an 8km walk - beginners level - which was expected to take 2.5 hours and would be followed by lunch.

Fiona's enthusiasm, passion and her attention to detail immediately became evident. We were advised what to wear (layers), what to take (water and snacks), and where to meet. She also arranged the logistics for those without transport, and even changed the day at the last minute because the weather was against us.

We met in the car park at La Granja at 10.30am on a stunning Sunday morning. I was relieved to hear a few of my fellow walkers say that they weren't in the fittest condition. Two days earlier, I'd slipped over and was doing a pretty good impersonation of Kenneth Moore in 'Reach for the Skies'. However, I wasn't going to miss this walk. Fiona arrived and introduced us to Peter Drew, who was to be our Guide and would be giving us information and a little history along the way. Peter told us that the scenery was far too beautiful to go powering through the walk without absorbing the surroundings, so we would be taking a steady pace.

The atmosphere from the outset was extremely convivial and jolly; some of the group were seasoned hikers and had all the gear - I wore trainers but everyone else had proper walking shoes and some had sticks. Introductions over, we set off along ‘Old Postman's route' - not a Correo van in sight. The hike was so named because it was the daily route taken from Palma up to the North West of the island in the days gone by - phew that postman must have been a fit lad!

Every twenty minutes or so, when we came to an interesting landmark, we stopped and Peter would give us some information about our surroundings. It also gave us time to regroup, take a drink and remove a layer or two.

Peter - with his amazing knowledge of Mallorcan history, culture and geography made the whole thing very interesting. We learnt a lot about how people survived in days gone by, with cottage industries utilising charcoal, lime and amazingly, ice collection. Having a guide with such extensive knowledge totally alters the experience of a day out like this. I also learned a lot about the walking tracks around Mallorca and there was a lot of input from others in the group about different walks they'd done and places they'd stayed en route.

The walk wasn't too challenging. Generally the pathway was easy underfoot, and apart from about 50 yards which was fairly steep, mostly it was a gentle incline on a well formed track. The first half as we gradually ascended was in shaded woods. Then we came to a clearing, with a break in the trees and from then on, the views down over the mountains and the sea, across towards Deia were breathtaking. Again, at this point, Peter came into his own; he pointed out villages across the valley, together with the history of many of the villas, fincas and vineyards.

What was so nice about the walk was the pace. There were a few different groups, which broke as we ambled along at differing speeds. This meant that you got the opportunity to talk to lots of different people along the way. The sun shone and it made me think that so many people come to Mallorca and have no clue of what's beyond their hotel and the beach. Fiona is keen for input from members for ideas for future hikes across country, which also could incorporate towns and cities. The feeling is very much that it's our Club and as members input is most welcome. Currently the walks are scheduled at one per month on varying days of the week, but this is likely to increase with membership numbers.

The final descent down into Banyalbufar was pretty as a postcard and by now we were thinking about lunch. Fiona and Peter had arranged for the group to have lunch (cooked by the Mayor himself no less) in a small hotel in the town. We sat along a long refectory table and enjoyed a much needed spread of bread alioli and olives, paella, wine and water, all for a set price. Photographs were taken and by now everyone was engaged in conversation like a group of old friends.

With no attention to detail spared, cars had been left in the car park of Banyalbufar to ferry the group back to the starting point.  Of this I was extremely grateful. I don't think I could have hiked 8km back - not after two plates of Paella and wine. A perfect ending to a fabulous day out. I for one am really looking forward to the next one in April.

Membership of MHC - first year: discounted annual membership of €25 plus €5 euros per hike which includes logistical information and guide.  Lunch was €15 inclusive.

Many thanks to Oliver Neilson for additional photography.