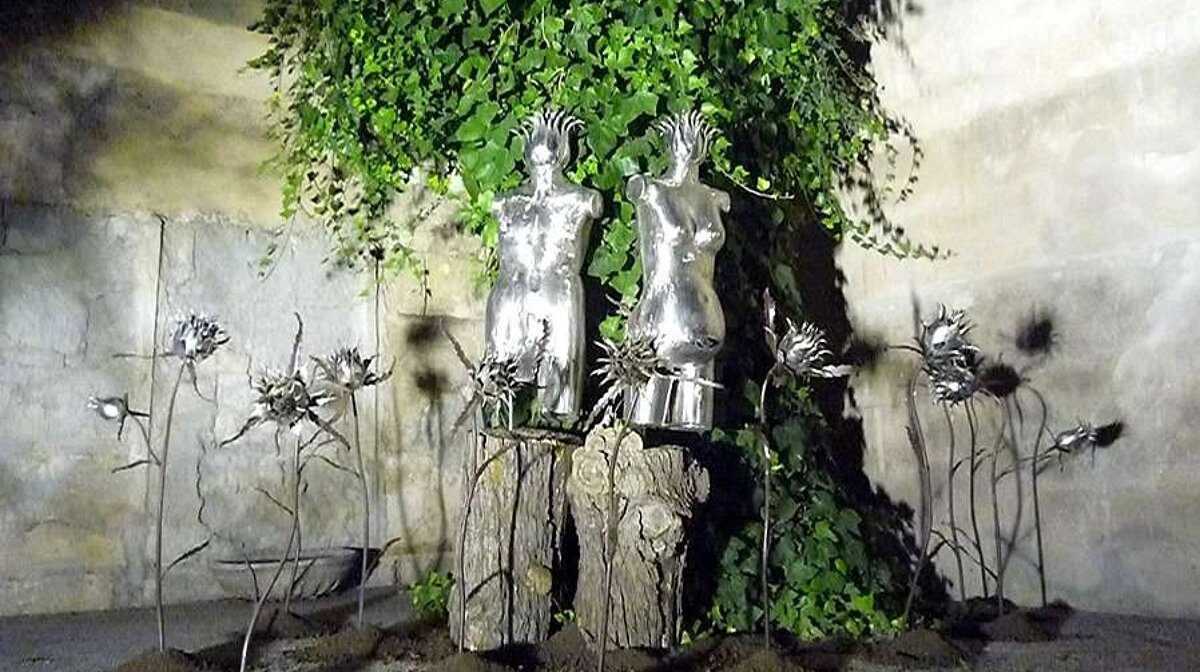 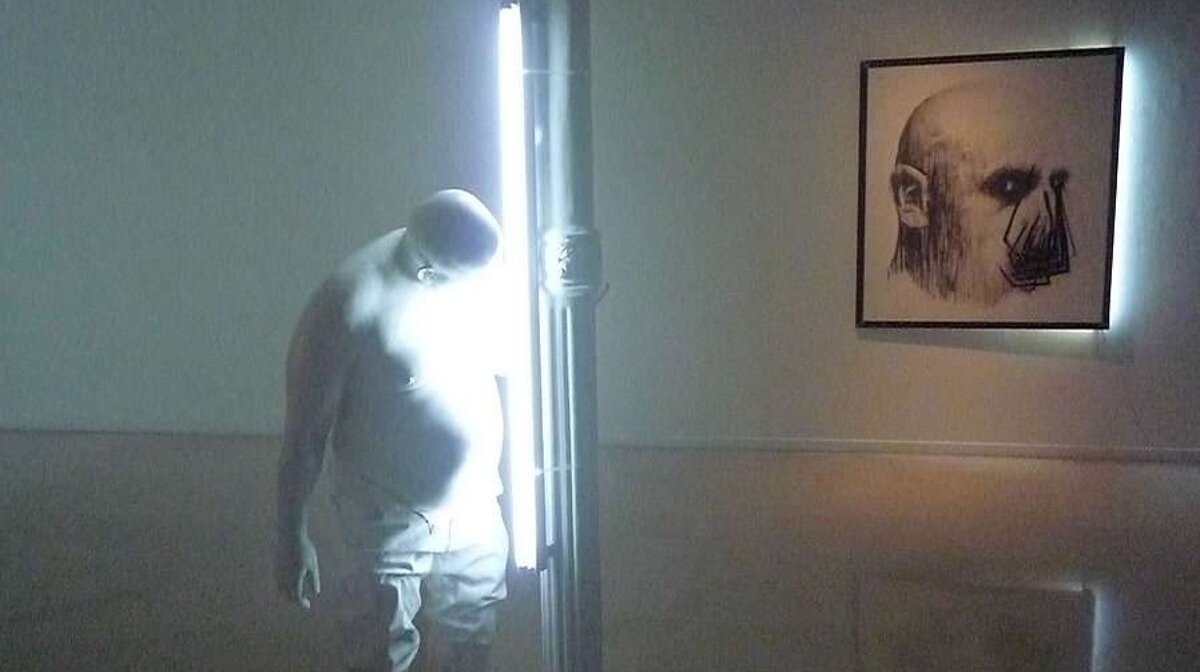 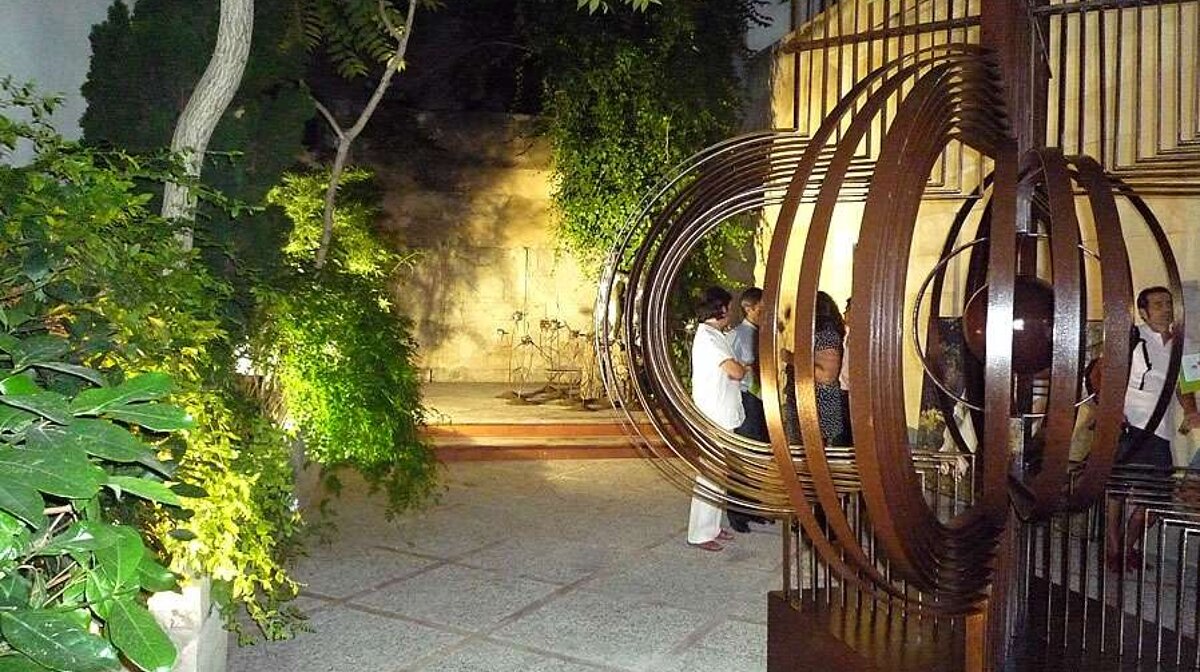 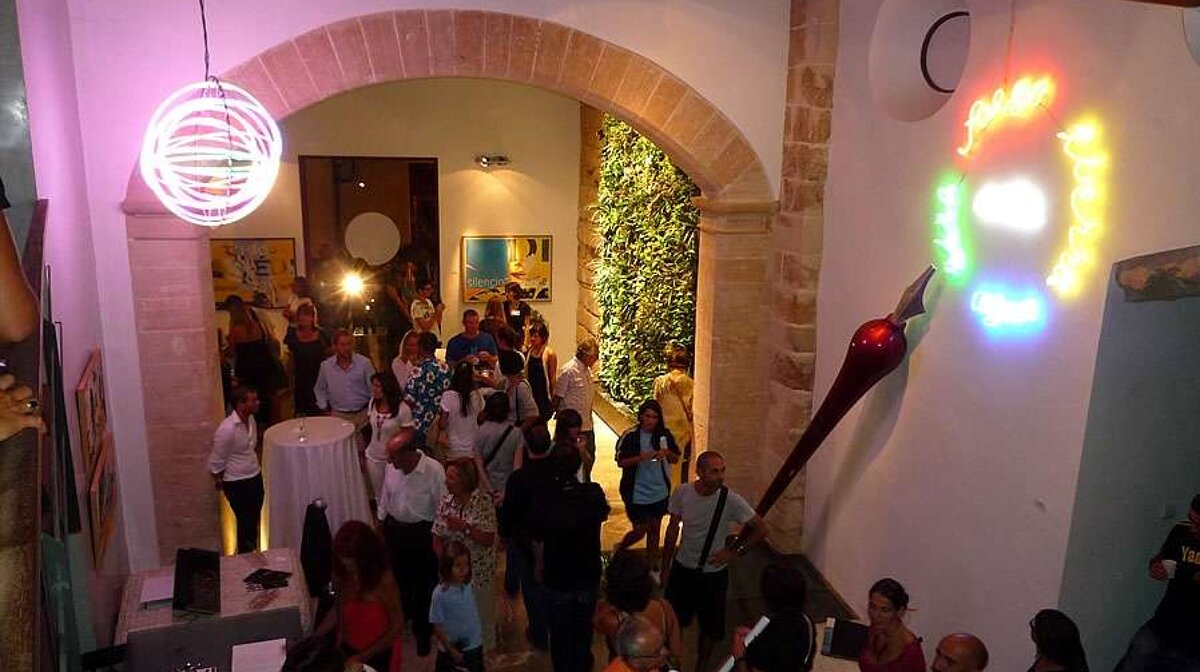 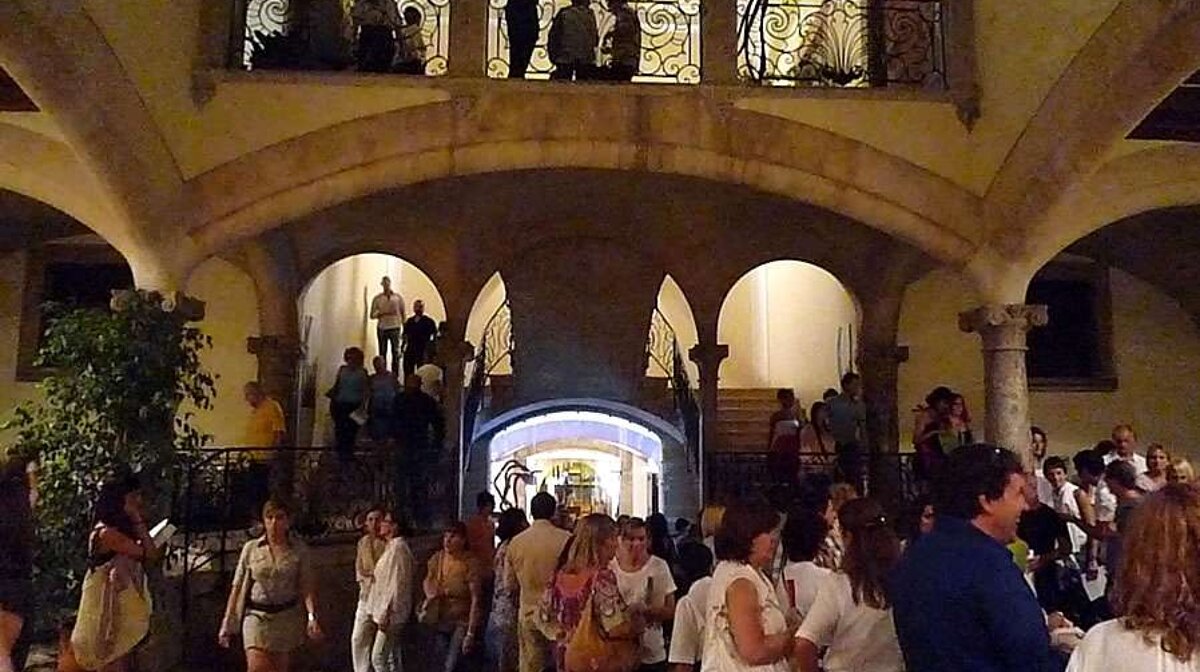 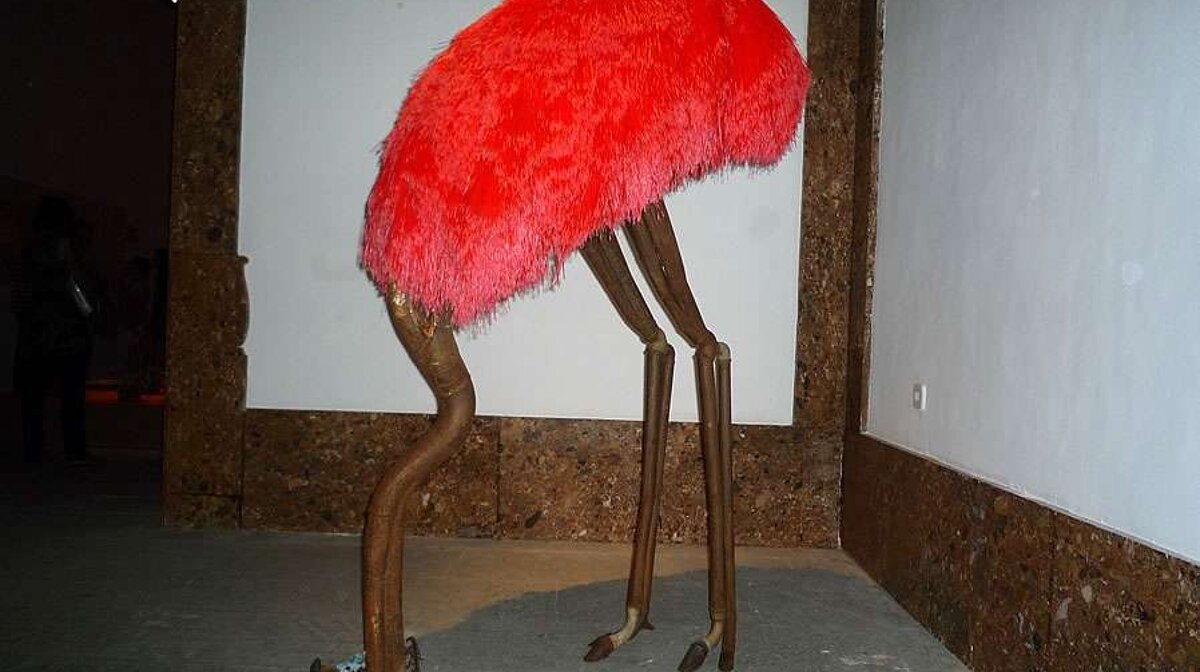 On the third Thursday in September, a selection of Palma’s art galleries open their doors to the public free of charge, for the cultural extravaganza that is known as the Nit de l’Art. Organised by Art Palma and the Association of Independent Art Galleries of the Balearics, it is one of the top social gatherings in Palma’s events calendar, and you can pick up flyers for the event in tourist offices and art galleries.

Whilst we had heard that the evening was quite glamorous, we didn’t expect to find the thousands of art-lovers, interested tourists, and general party-seekers in the streets when we decided to make our own premiere at the event. The little streets of the old town were packed and it was with determination that we made our way to our first stop of the evening on Can Veri. There were three galleries named in the Nit de l’Art flyer as being open on this cute street, and it seemed like decent place to start.

We nipped in to Pelaires Centre Cultural Contemporani, and were instantly transported to what felt like a science fiction movie. With maniacal laughter in the background, and dry ice pouring out of the white-washed rooms, a murky and ethereal heaven-turned-into-hell environment had been created. Now, I know nothing much about art, but I loved the white-strip-lit, bald, fat figurines that posed devilishly throughout the gallery. Feeling a little bit weirded-out, we left via a beautiful colonial courtyard and re-entered our universe.

We followed the crowd to the next gallery (not listed on the flyer so name sadly unknown, but the address is no 7 Can Veri!) just next door and entered through another charming patio and up some stairs into a space showing some very large photographs of beautiful women displaying classic 80’s fashion - big hair, bold colours. The next room displayed some striking mixed-media art that made you want to reach out and touch. A further room lead onto an interior courtyard where a bar had been set up and the glamorous set were, well, looking glamorous. Feeling a tad under-dressed, we quickly availed ourselves of a glass of wine and struck a pose that we hoped would scream ‘art critic’. A notion that was to be quickly dispelled as we started to play with the rings of the central metal sculpture – a collection of concentric metal rings, not dissimilar to the very stylish and artistic See Mallorca logo - as we worked out the impressive design details that allowed it’s movement.

Although we could have quite happily stayed in that courtyard all night, we wanted to embrace the whole of the Nit de l’Art, so we made our way out back to street level. We popped in to a couple of other galleries on the same street - Galeria la Caja Blanca (fishy theme, with creature-of-the-deep sculptures boasting enormous tendrils), and Joan Guaita Art (artful bird cage exhibition), before heading towards Passeig des Born.

The Born was alive with street artists and musicians, and Bar Bosch (at Placa Joan Carles I) was doing a roaring trade as the public sought refreshment before hitting the next gallery. We made a beeline for the Casal Solleric, a gothic palace from the middle of the 18th century that is now run by the Ayuntamiento de Palma de Mallorca (City Council). It usually holds temporary exhibitions in its multitude of different spaces and is free of charge. Tonight, there were exhibitions by Ferran Aguilar (fabulous animal and arachnoid sculptures, that apparently ‘give life to objects that are rebelling against domestication...that results in a visceral provocation’) Wally Wood (cool cartoonist) , Daniel Palcios (resonance tubes that emit notes) and Daniel Canoga (cleverly lit tangles of wires & cables). I am sure you will agree that my descriptions of the exhibitions to be a suitable critique, but if you would like a proper briefing on the art at the Solleric, you can take a look at their website http://www.casalsolleric.cat

The final stop on our art odyssey was the lovely street of Sant Feliu. I had clocked a gallery here on a previous visit to the area, and I was keen to take a closer look. The street was packed and it took us some time to reach our destination of Art Aqua (The Balance Gallery). This fabulous room has a variety of installation art and mixed media painting. It is most recognisable for its ‘living wall’, where a variety of plants have been cleverly planted on a large section of the gallery’s interior (see photo). The vivid green combined with the colourful light installations makes for an impressive scene.

On our way back to Borne, we passed by two of the smarter shops in the area – Poliform and Rialto Living – that were attracting a stylish crowd with the help of light shows and cool music. We had a quick flit in a final gallery, Galeria Kewenig, which we thought would make an amazing loft-style studio for a certain bachelor in our company... Curvy stone spiral staircase leading to a mezzanaine level bedroom, and a large plasma screen on the facing wall. We knew at this point that it was time to leave the art world behind and return to planet slightly-less-vivid.

The Nit de l’Art is a wonderful night out in Palma. The city transforms into a bustling and exciting metropolitan hotspot, and it’s great to see it so well supported by the locals and visitors. If, like us, you have a passing interest in art, it is a really nice way to pop in and out of galleries without having to pretend that you are actually interested in buying some art. The atmosphere is second to none, the buildings in which the art is being hosted are beautiful architectural gems, and the art, well, the art ain’t half bad either.

Make a date for next year!