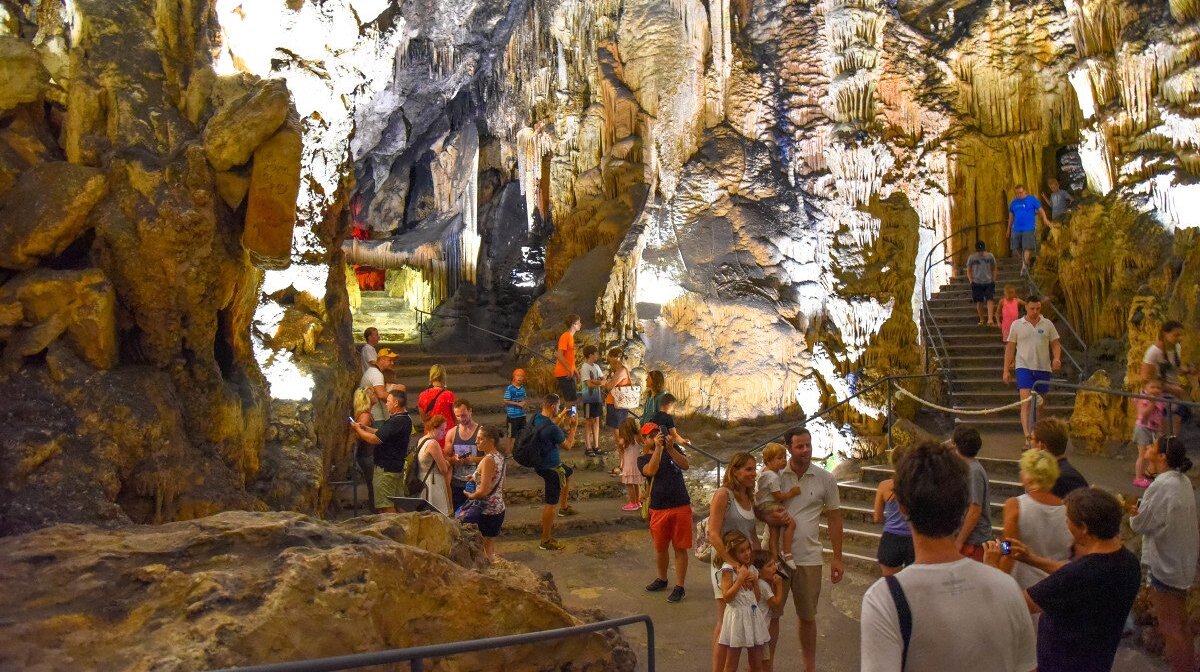 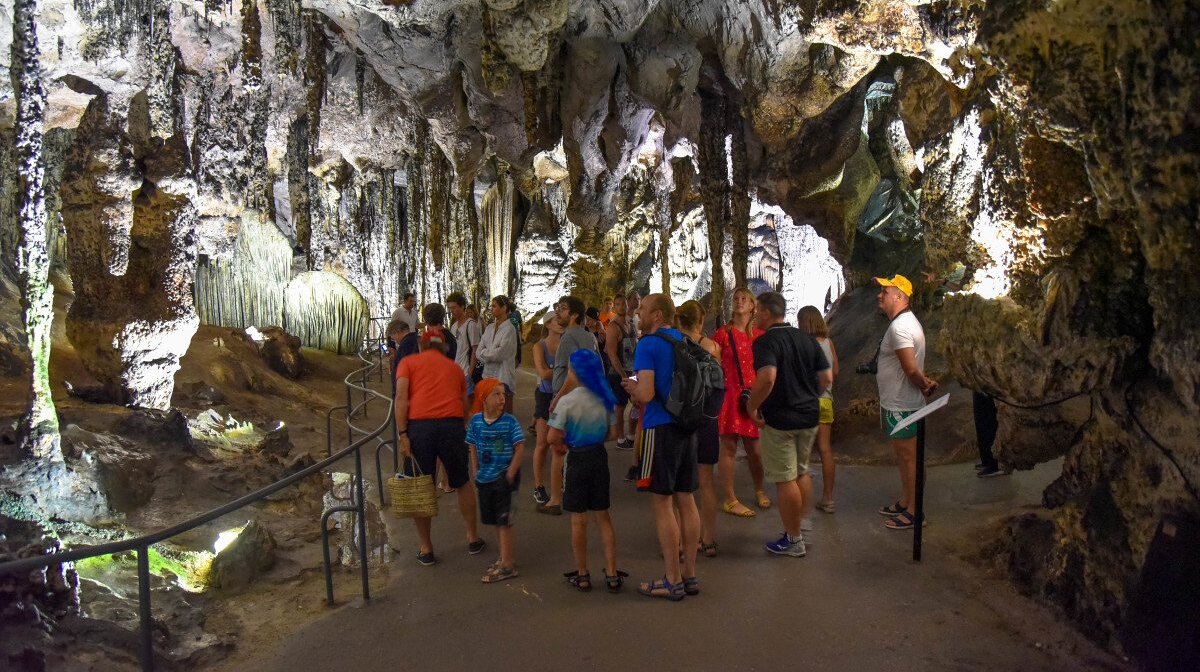 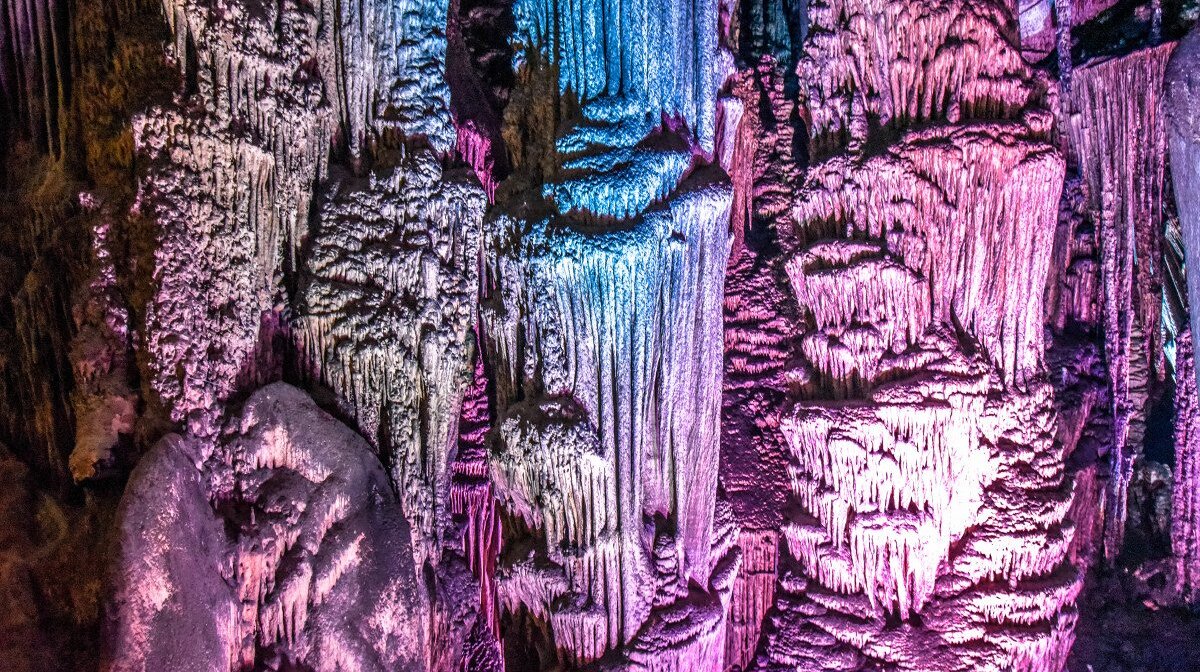 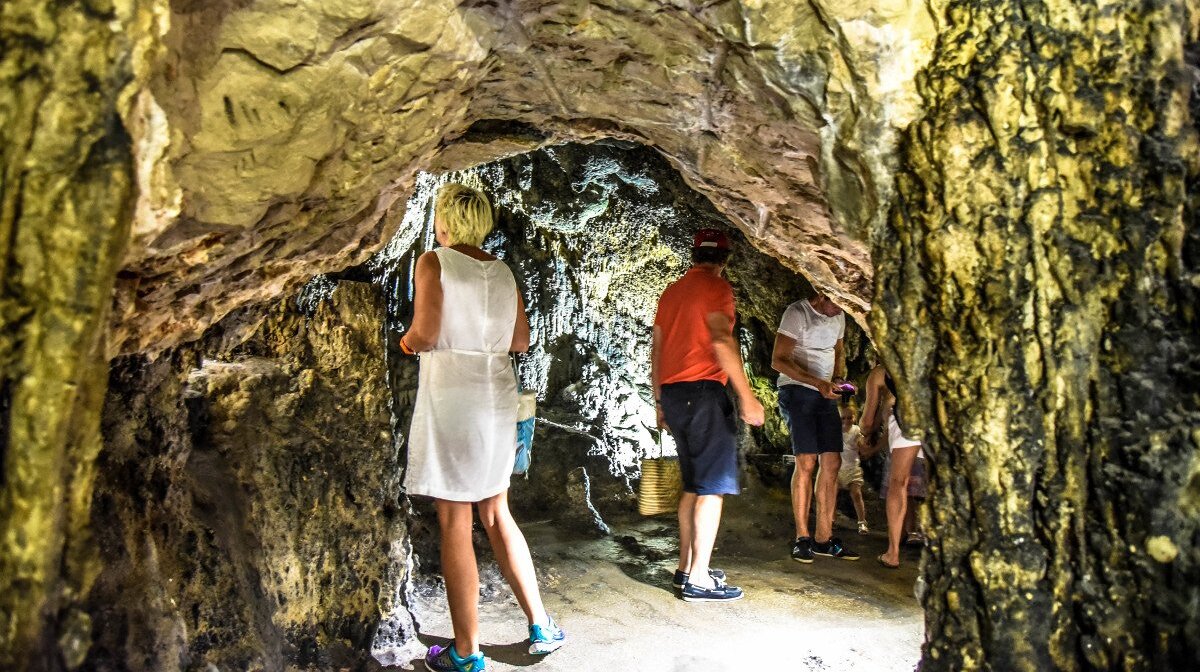 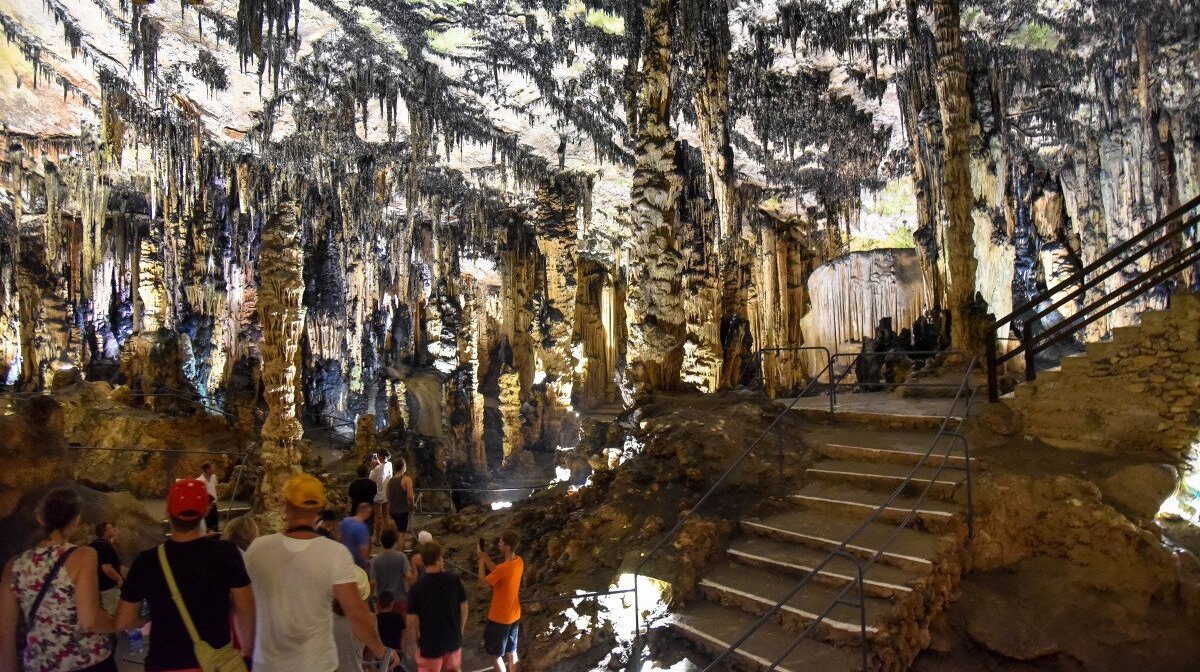 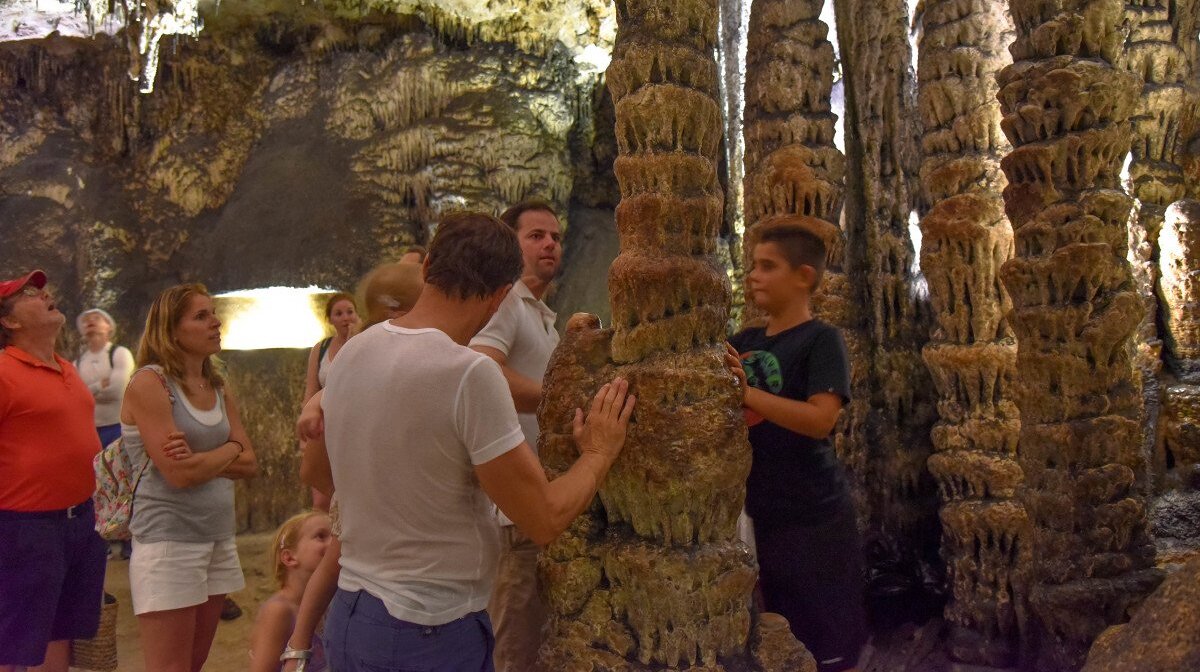 The scale of these formations

The paths through Arta Caves

The caves used as musical instruments

These caves near Arta, in the north-east of Mallorca, are a fascinating network of underground caverns whose weird stalactites and stalagmites conjure up mysterious images of Heaven and Hell. An early visitor was Jules Verne, the caves are said to have inspired his Journey to the Centre of the Earth.

Now that the caves are a tourist attraction, it is hard to imagine how French geologist Edouard Martel felt when he first stepped into them in 1876, dark, mysterious and terrifying. In fact, they had been known about for centuries. Jaume I found 2000 Arabs hiding here with their cattle during the Christian conquest and they were later used by hermits, pirates and smugglers. But it was Martel who first studied and chronicled these grottoes at the instigation of Archduke Ludwig Salvator.

The guided tour comes with special effects and the various chambers are given Dantesque names: Hell, Purgatory, Paradise. The descent into Hell is swiftly followed by a light and sound display. Stalactites hang down from the high arched roof like daggers defying gravity. One of the chambers is as large as the nave of Palma Cathedral and the Queen of Pillars, a stalagmite 22m tall, could almost be a Gothic column. It is growing upwards at the rate of 2cm every 100 years, which means that, in another 5000 years or so, it will be joined to the ceiling.

You emerge from the caves to a view of the sea, framed by the cavern entrance. Read about our experience exploring the Artà Caves.

The guided visit lasts for 35-40 minutes and is available in Spanish, French, English and German.

Disabled visitors and those with limited mobility will find the staircases in here particularly difficult. All visitors should wear sensible shoes as the floor can be slippery.

The caves are open all year round at the following times:

Adult admission €15, child admission (up to 12 years old) €7. Children under 7 free. Reduced entry rates are available from November to March.