On a sunny Sunday afternoon, to escape the heat of the day in Mallorca’s hottest month of July, I headed for one of the island's most illustrious natural splendours. The Caves of Artá or, in Spanish, Cuevas de Artá is a famous site which resides on the Mallorcan coastline between Capdepera and Cala Millor and is easy to get to by car or various bus links.

Keeping in mind these caves are hidden within one of Mallorca’s many famous dramatic cliff edges, the tourist attraction is remarkably well equipped featuring a car park, well-maintained bathrooms and a café with outdoor seating skirting the main attraction, the caves. 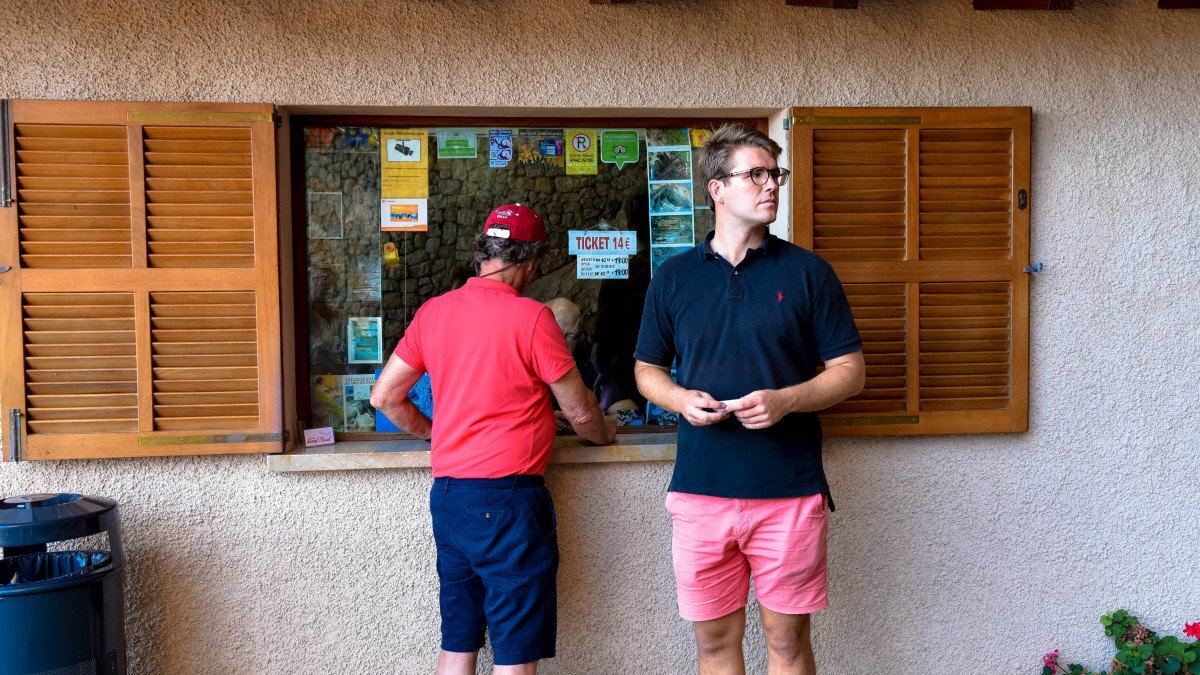 Their website is extremely useful, so we already knew there were tours every half an hour between 10:00 and 19:00 in the peak summer time. At 14:15 we went to buy our tickets from the ticket booth (14€ per adult) and were advised the next tour would be at 16:30. It’s worth noting there are discounted rates for children (7€ per child) between the age of 7 and 12, whilst under 7s go free. Group and resident discounts are available during off-peak times too. 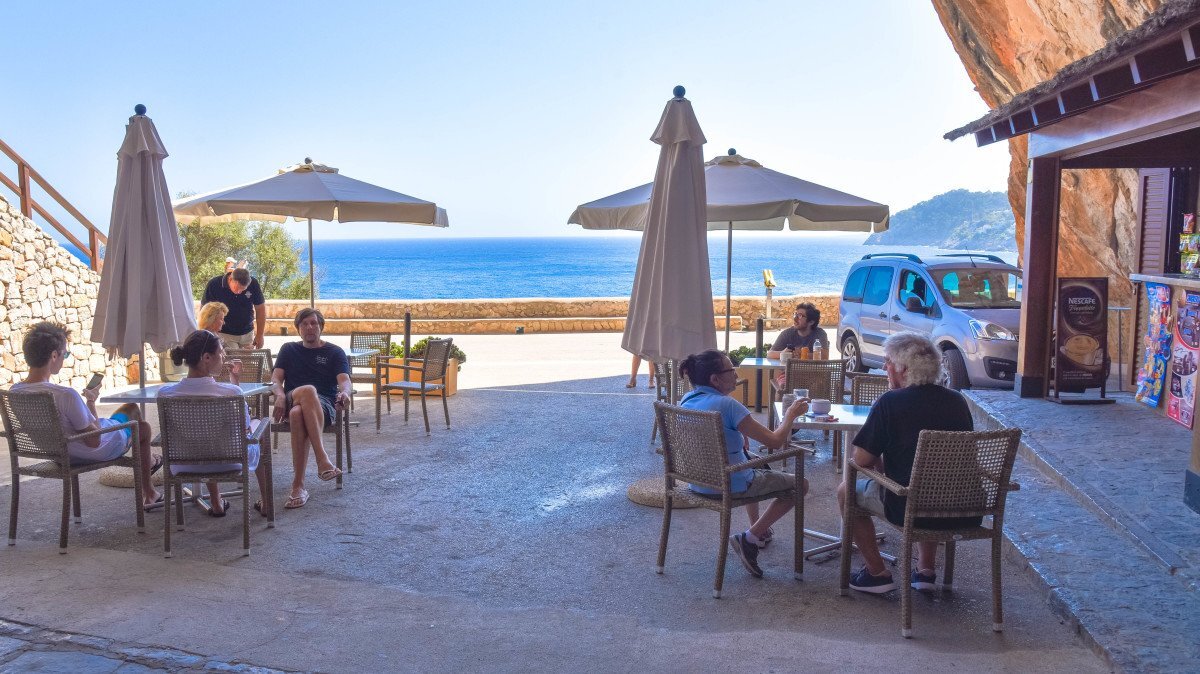 We sat in the café area and waited amongst a whole host of families and couples who were lingering to start the tour, there must have been around 40 of us in total. Promptly, at 16:30, a gentleman appeared and directed us towards the entrance of the cave where we handed in our tickets and walked through the wrought iron entrance gates into a well-lit tunnel. I quickly noticed a temperature drop as we travelled further into the cliff edge, which was very welcome in comparison to the 32 degrees outside. 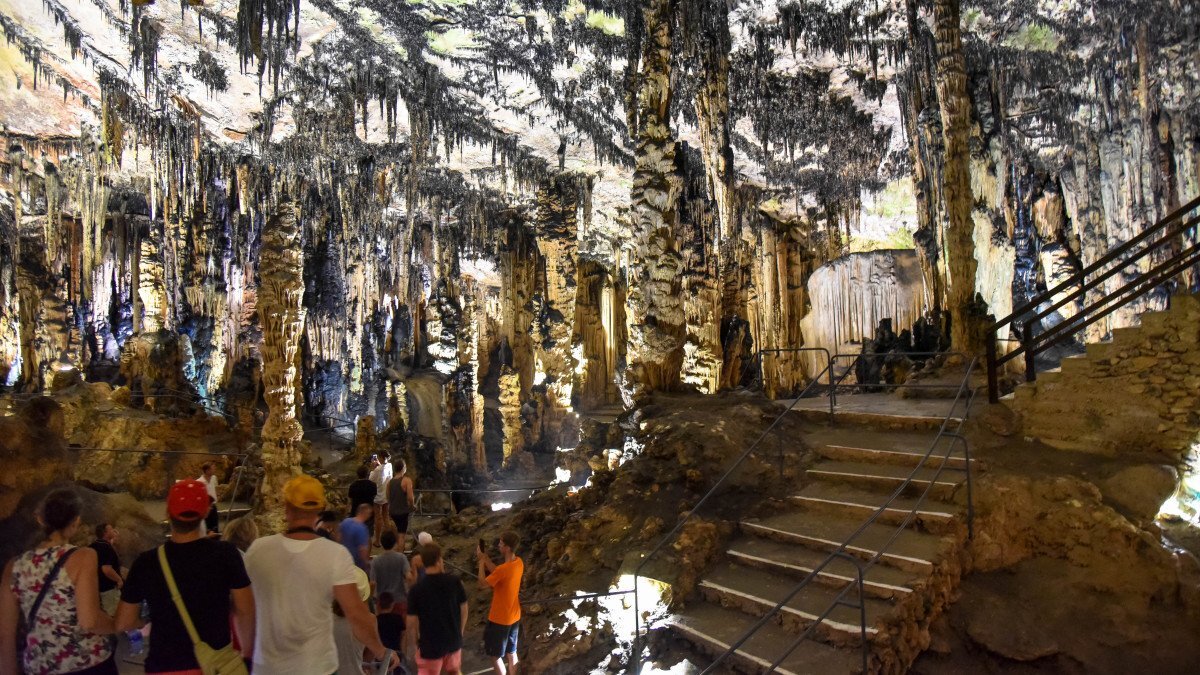 After a short walk through the tunnel into the cliff edge, we reached the entrance hall where we saw our first stalactites and stalagmites. I was already impressed! This was my first trip to caves on the island and I had not anticipated for them to be so enormous. I cast my eyes on the magnificent formations hanging from the high arched roof and never before had I seen anything like this in my life. The tour guide asked us all to raise their hand if we were Spanish, German, English or French speaking. Most of us were English speaking. He then gave us a brief introduction to the caves here, in Spanish and English. 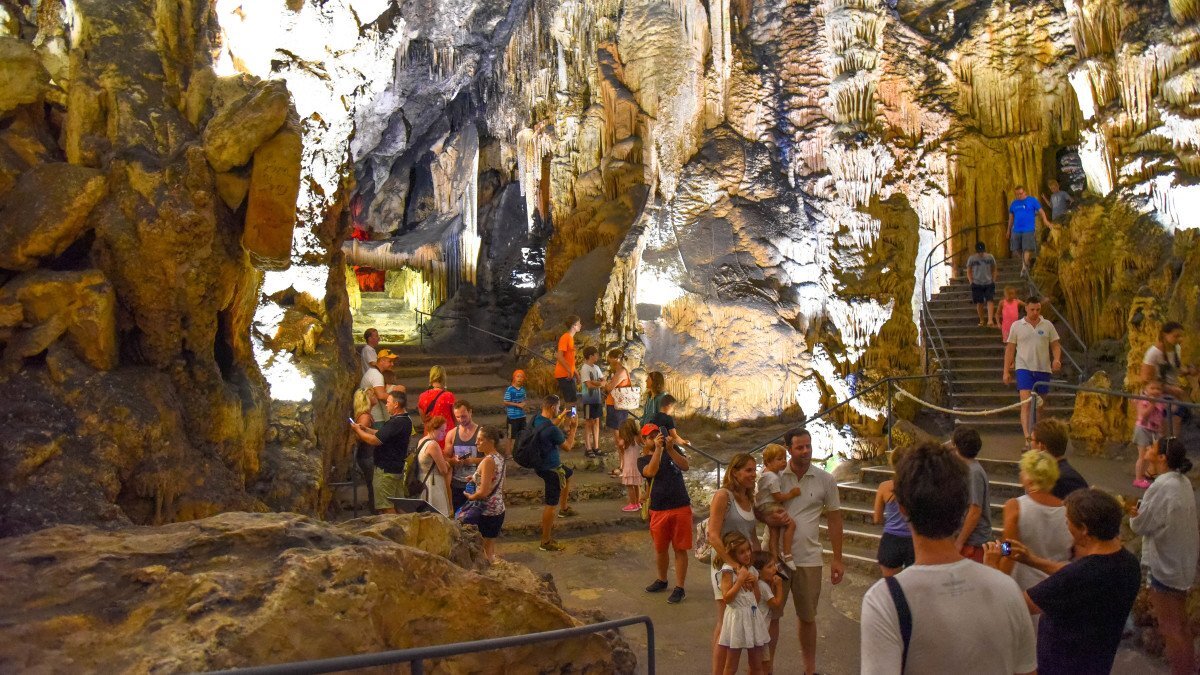 We then descended down a long flight of stairs that led us to the Hall of Columns, which is slightly narrower but equally beautiful, before reaching the Hall of the Queen of Columns, which featured a notable stalagmite which is 22m tall and growing at the rate of 2cm every 100 years. This means that it will take another 5,000 years for it to reach the ceiling of the cave. 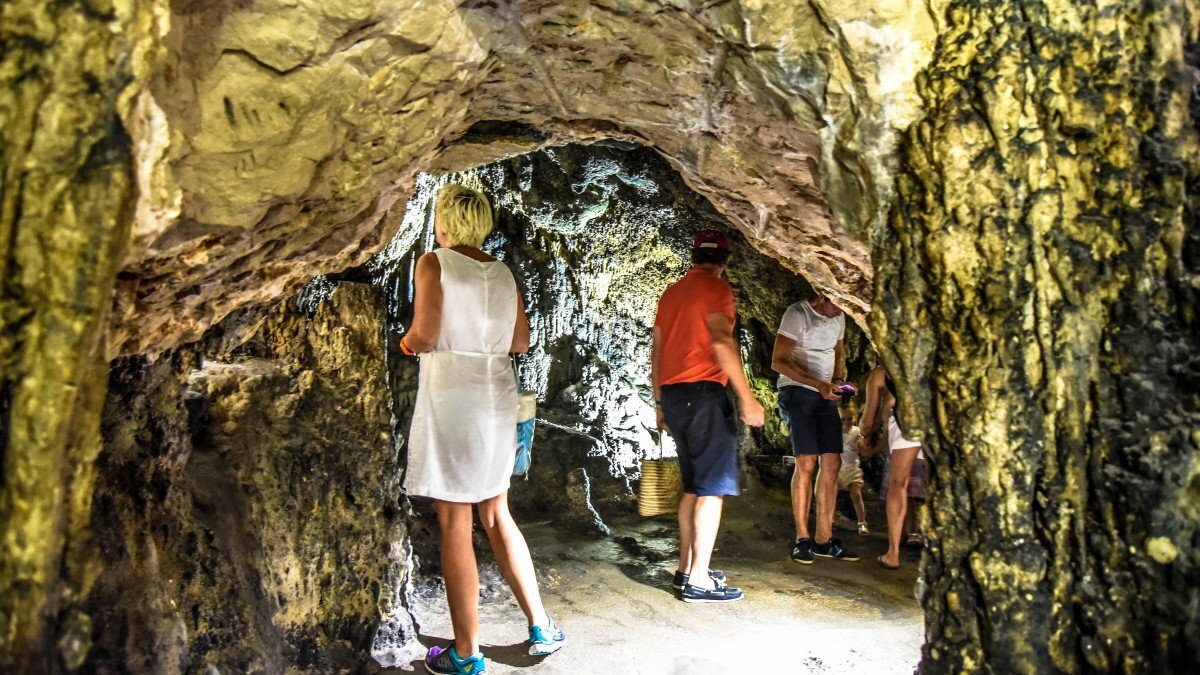 There were forests of these Gothic looking formations as we continued through countless chambers and took paths through various nooks and crannies. It was a maze inside this cliff edge and we felt like we had been transported straight into the set of an Indiana Jones film. 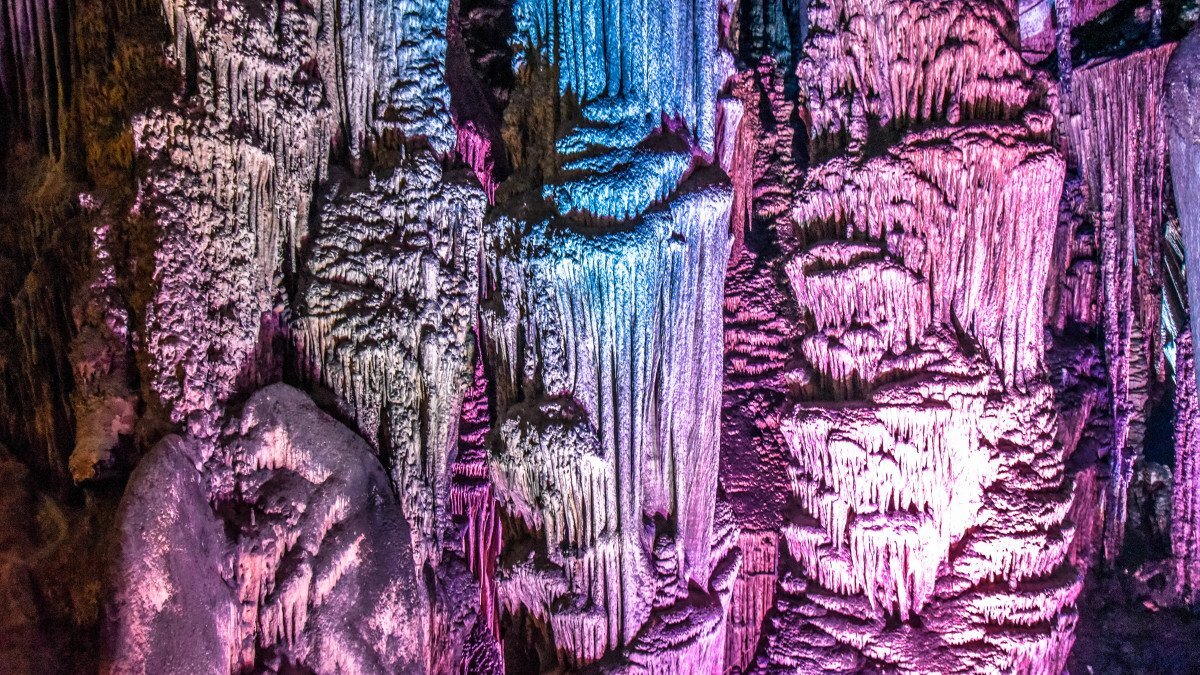 The most memorable chamber is what the guide informed us had been christened as Hell which comes with a ‘son et lumiere' display. Special lighting effects really emphasize its splendour and, after a couple of minutes, some theatrical music is played to intensify the experience. At another point the tour guide demonstrated that some of the columns can be tapped and played like a music instrument. This was a particularly interesting aspect of the tour for the children in the group. 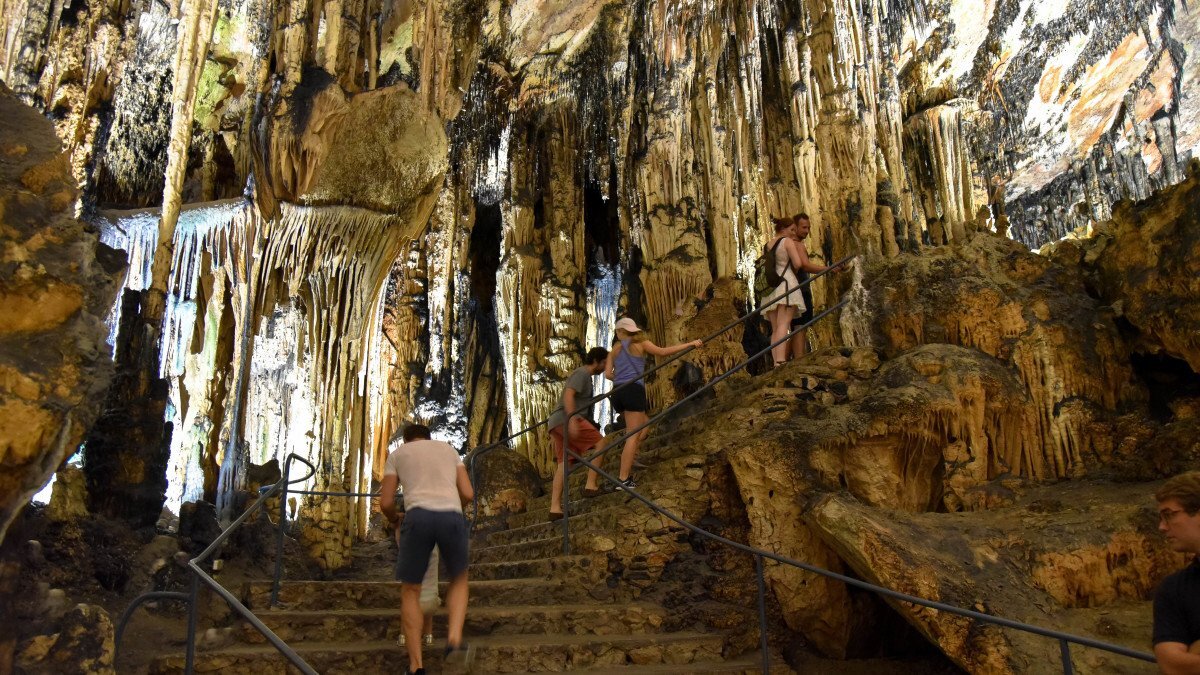 Over the course of the excursion, there were lots of stone steps and, whilst the youngsters didn’t seem to be put off by this, those who have mobility issues might find themselves struggling. The caves are extremely well preserved and even have remnants of where old candles were used in times gone by before modern lights were fixed on their walls. 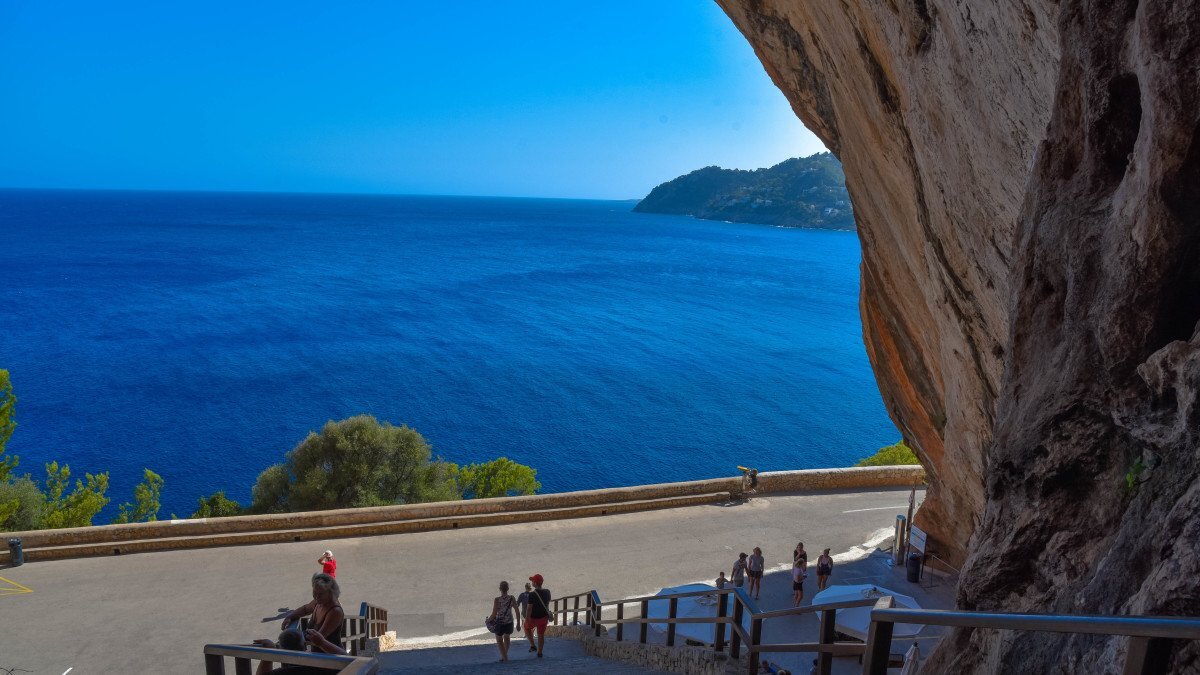 At the end of the tour, we climbed an epic staircase to a breathtaking sea view. Coming down the steps you notice a coin machine on the right-hand side next to the café where it is possible to put in a 5 cent coin and turn it into a souvenir. The coin is pressed and imprinted with a map of the Caves of Artá. 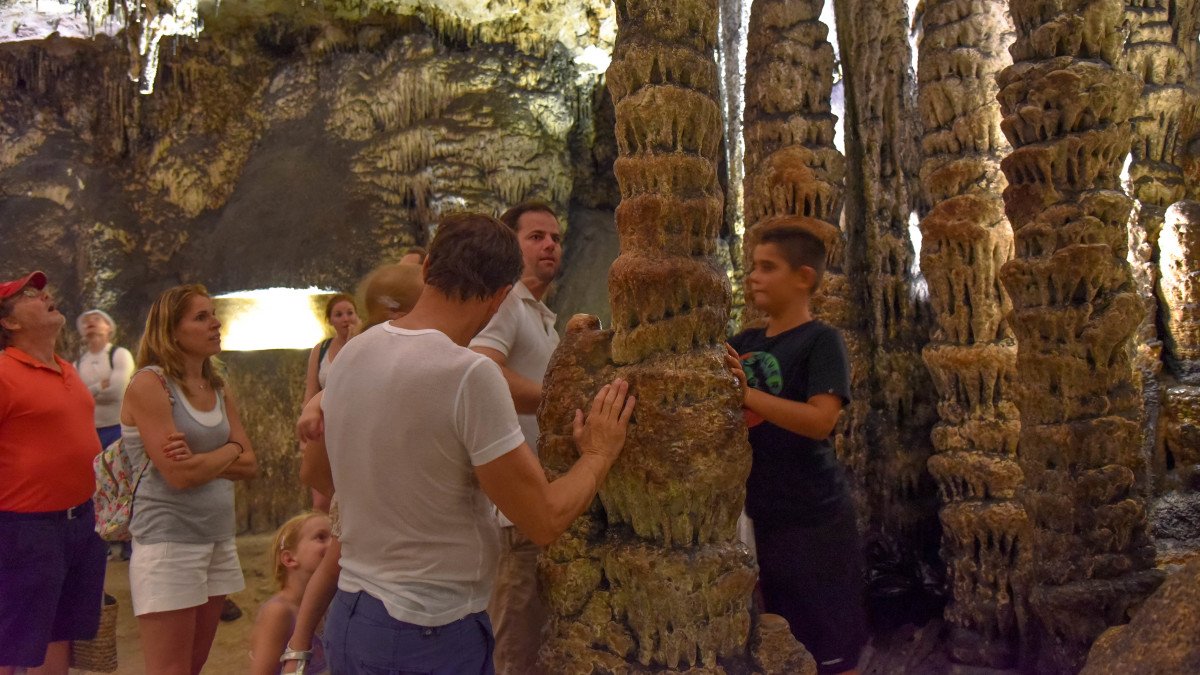 This was a wonderful experience and well worth visiting whatever the time of the year. You can either use the trip as an excuse to get out of the sun in the heat of the day, or even visit on a rainy day in Mallorca. If you only have time to tour one set of caves on the island, you won’t be disappointed with the ancient relics known as the Caves of Artá.

There are hundreds of sights and attractions to visit in Mallorca. Check out the list of our favourites.