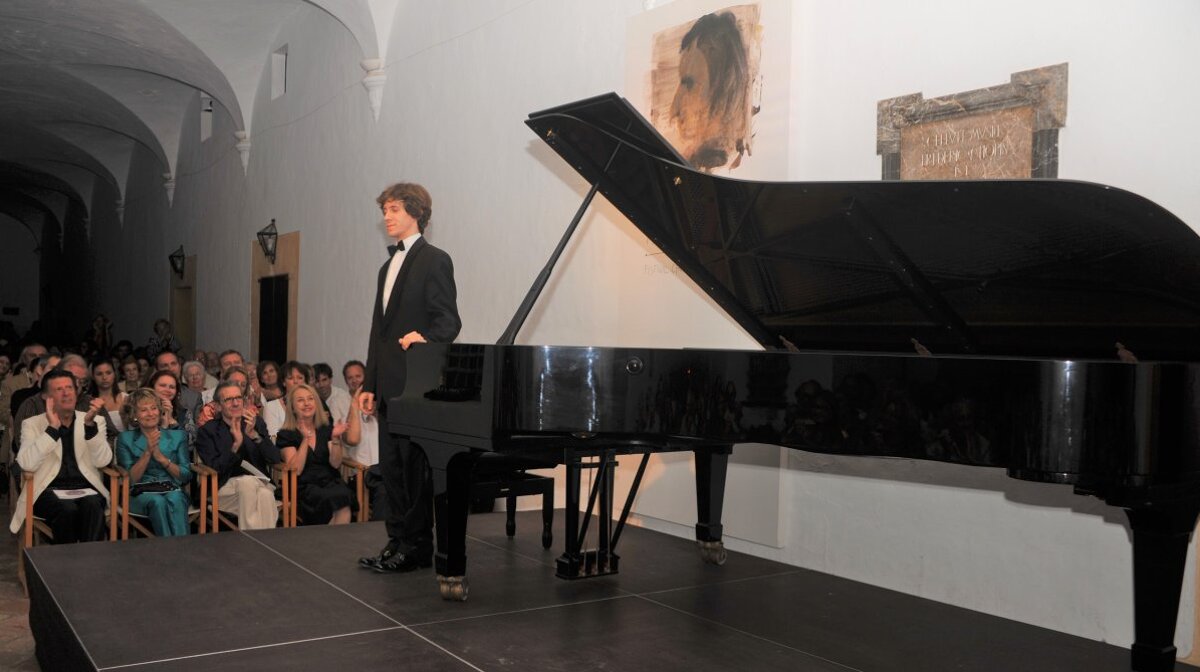 In 1930, the Mallorcan composer Joan Maria Thomàs created the Chopin Festival - the first in the world - with the assistance of the Boutroux-Ferrà couple who offered him a room in the Carthusian Monastery in Valldemossa to act as the Festival's headquarters. Between 1931 and 1936, this musical enterprise hosted the most significant composers and performers of the early 20th century.

Throughout its lifetime, the Festival has welcomed to the Cloister of the Monastery award-winning pianists in the Warsaw Chopin Competitions. Pianists of international renown have endowed international prestige on the association. Dates for 2022 TBC.

In 1983, the Festival was opened to contemporary artists, many of whom were inspired by Chopin's music or scenery. Important painters, photographers, sculptors or ceramicists have exhibited their work in the Monastery's Chapter House and have also designed posters, programmes and T-shirts for the Festival.

The concerts are held every August in the spectacular grounds of the Carthusian Monastery in Valldemossa. Performances start at 22:00.