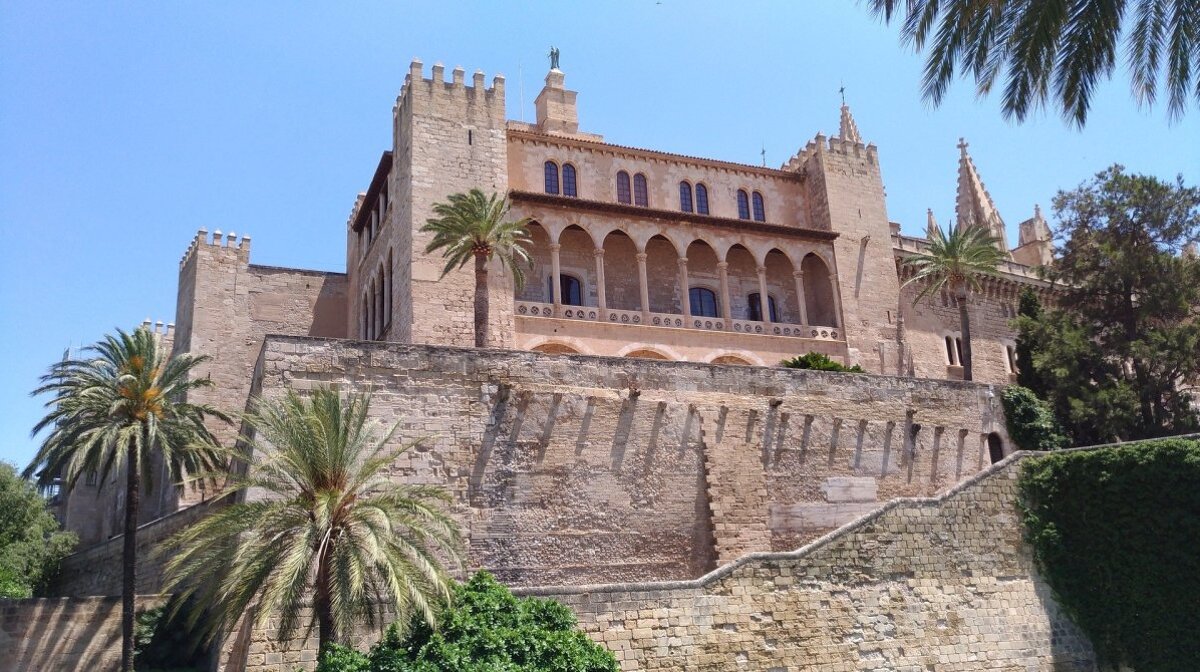 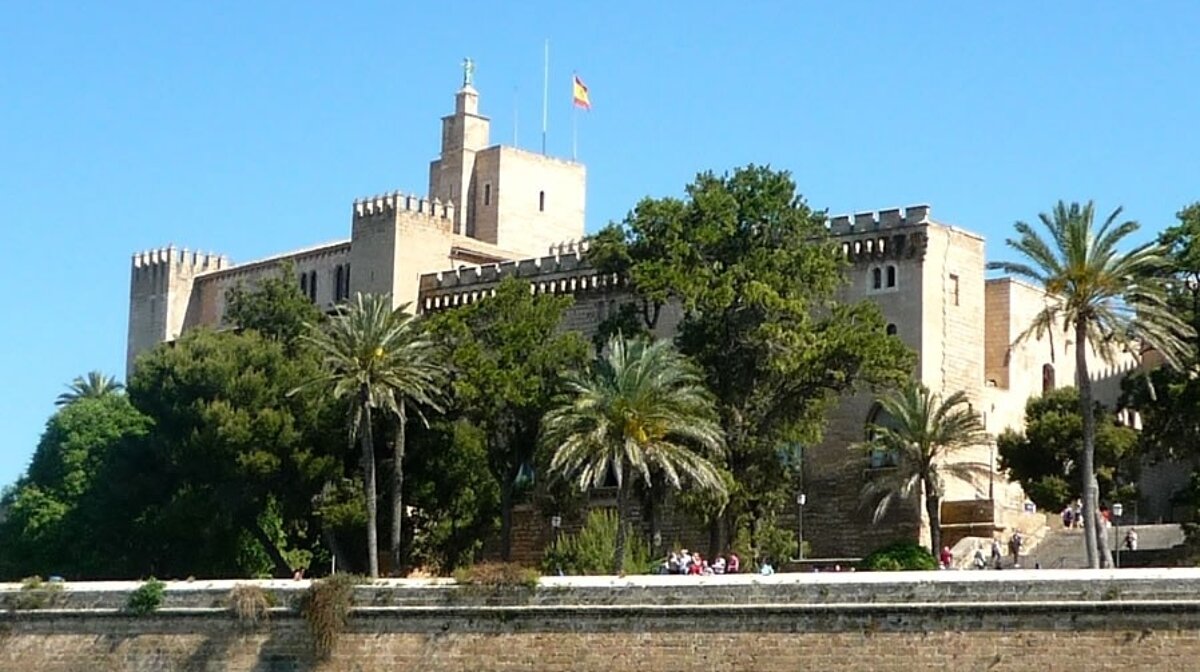 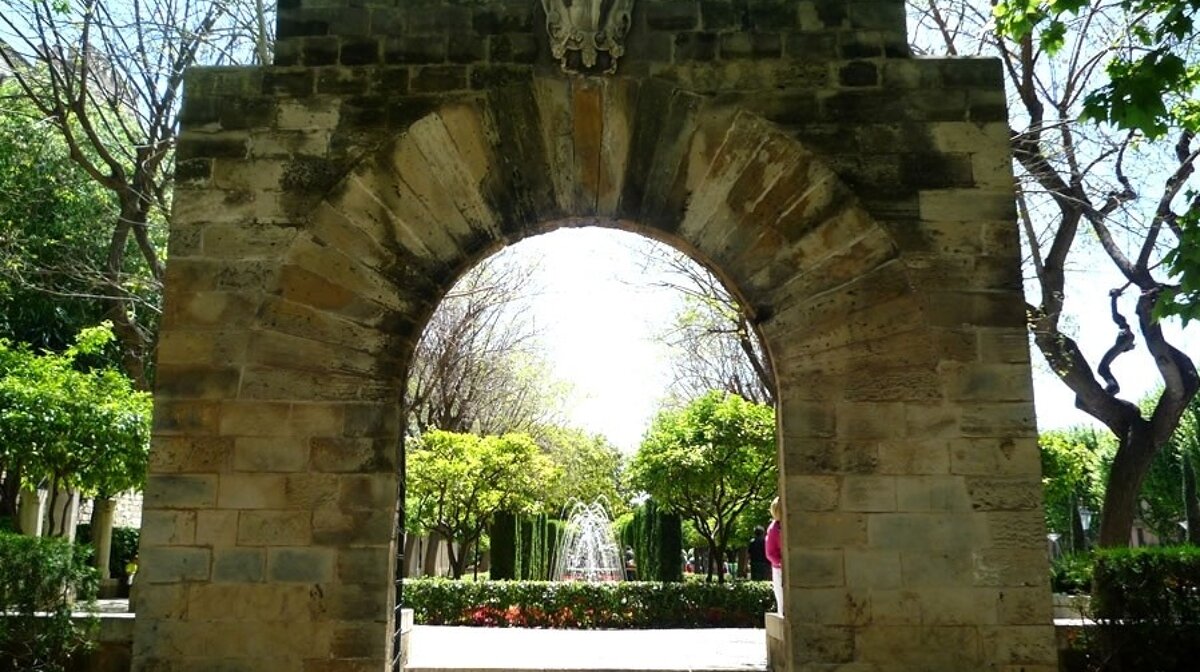 A royal palace has stood on this site next to Palma's cathedral since the Muslim walis (governors) built their alcazar soon after the Arab conquest.

It was converted into Gothic style under Jaume II, but elements of Islamic architecture remain - like the Moorish arches seen from the seafront, lit up at night like a row of lanterns. Inside you'll find tapestries, paintings and furniture from different time periods throughout its history.

The courtyard, laid out in 1309 and flanked by palm trees, is at its best in late afternoon when the sun falls on the cathedral towers overhead. Just off the courtyard is the royal chapel, Capella de Santa Ana.

The S'Hort del Rei gardens beneath the palace make a pleasant place to sit beneath the fountains watching the world go by. Look out for the Arc de la Drassana, once the gateway to the royal docks; near here is a statue of a hondero or Balearic slinger. The gardens were rebuilt in the 1960s, forcing the demolition of several houses; their best known landmark is Joan Miro's Egg sculpture, which few people can resist sticking their heads through.

You can also get an audio guide for 4€.