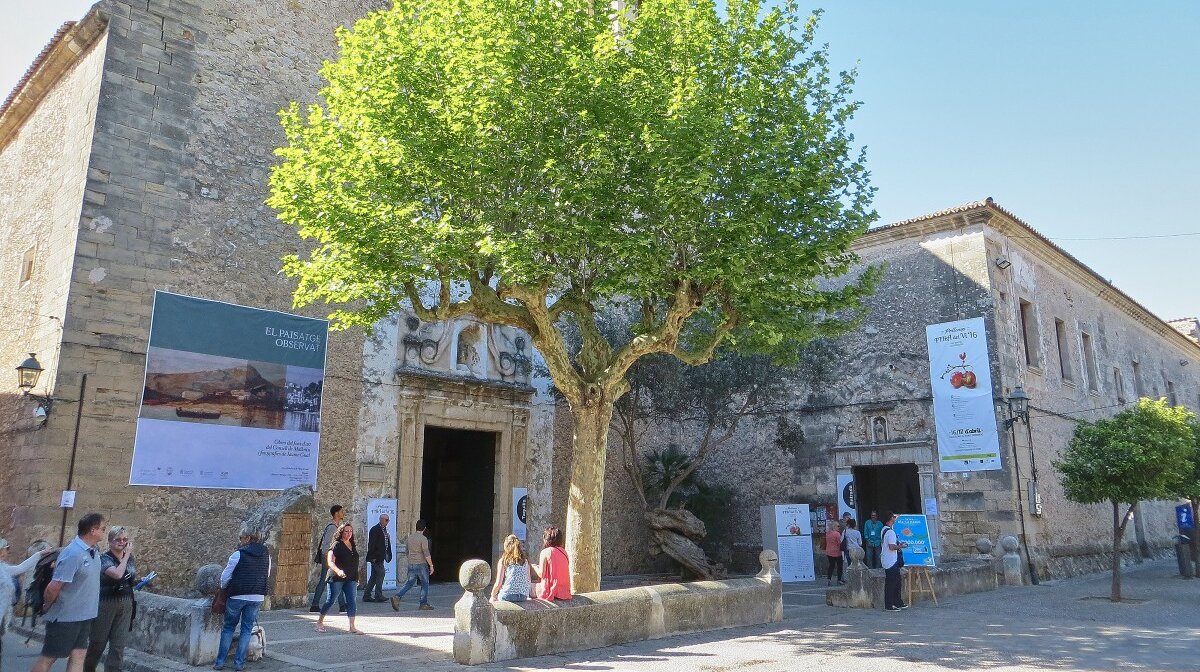 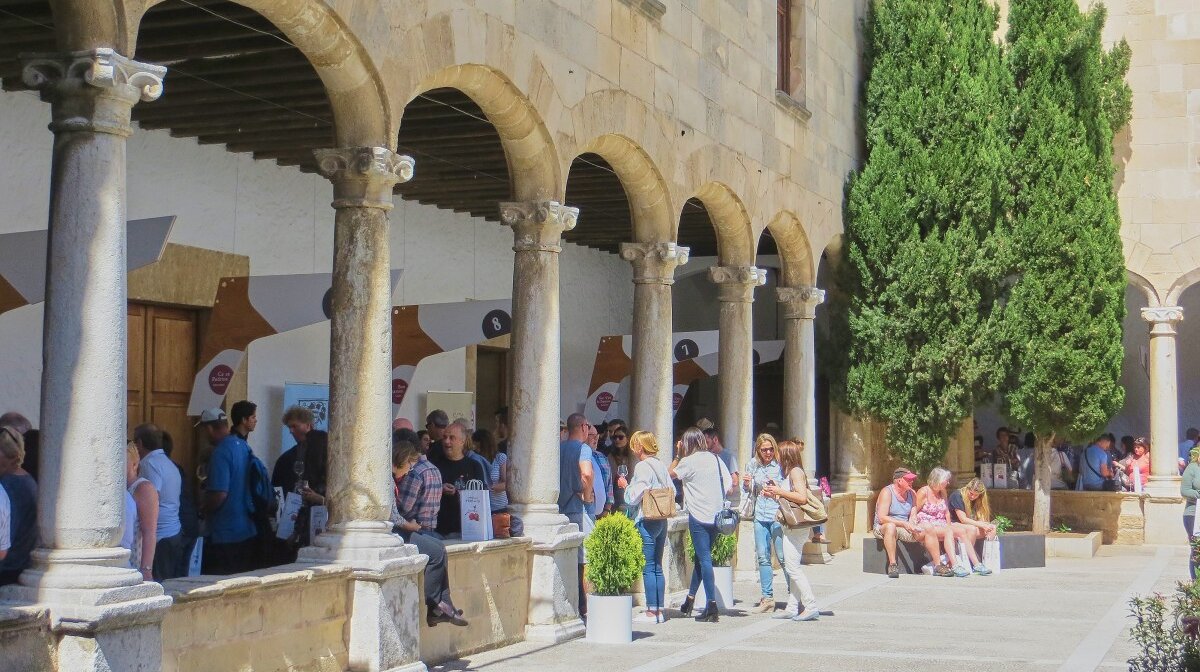 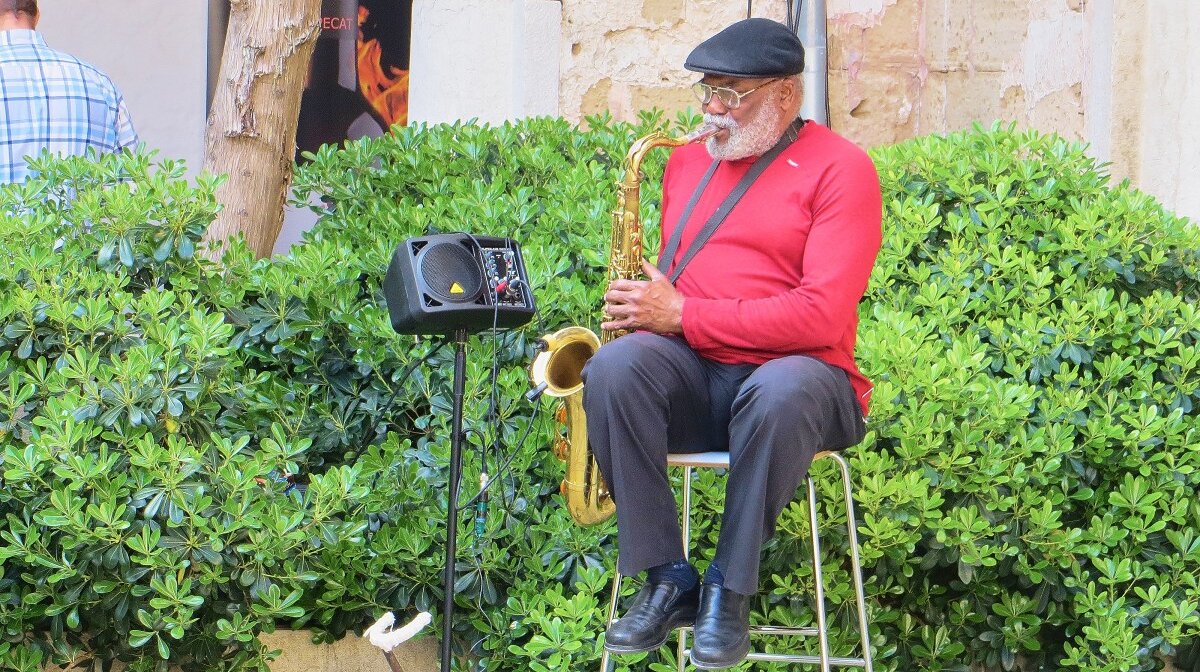 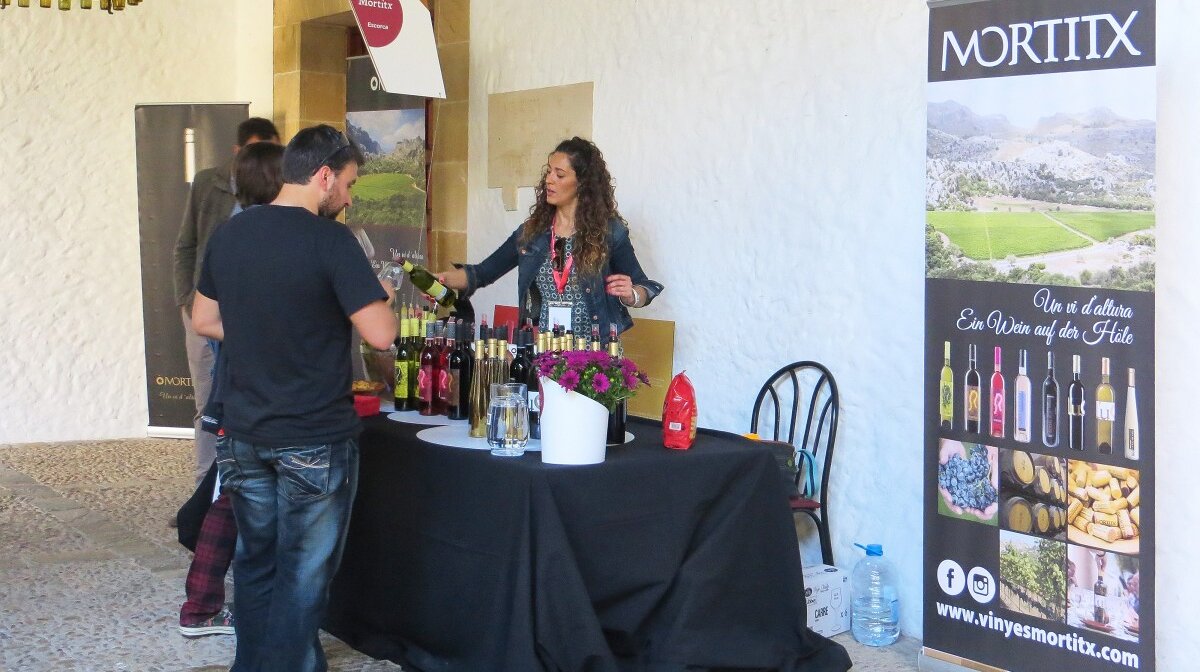 This was the 13th year of the Pollença Wine Fair which showcases the best in Mallorcan wines. It was held at the Claustre de Sant Domingo in Pollença on 16 and 17 April 2016 and was possibly the most important event on the island that weekend.

The Claustre was built in the 17th Century and is frequently used for events. It provided a peaceful and beautiful backdrop in which to taste and enjoy wines from the island’s wineries, along with the music provided by a local saxophonist.

The Wine Fair was the brainchild of the Associació Vi Primitiu de Pollença, a group of wine-making enthusiasts set up in 1999. The first wine fair was held in 2004 and it has grown steadily ever since, however this year there was a record 38 producers at the fair representing each of Mallorca’s wine regions.

A number of wineries had their winemakers present and it was a great opportunity to learn more about the various wines they produce. Below are five producers and a number of wines which I particularly enjoyed.

Son Artigues Finca is a small bodega founded in 2004 with an annual production of approximately 27,000 bottles. I met the German winemaker, Marc Gayda.

I tasted two of their wines:

The previous owners of Son Campaner farmed around 5 ha of black grapes which they used to sell. When the new owners acquired the property, they wanted to produce their own wine so they hired German winemaker, Stefan Winterling, who makes his own gin under the Gin Eva label. For their first harvest in 2009, they rented an industrial warehouse and had to wait four years for a permit to build their own Bodega. Finally, in August 2015, they produced their first harvest locally.

These were the wines I tasted:

Ca’n Vidalet was established in 1996 and produces approximately 40,000 bottles of wine per year. Everything is made by hand and I met Guillermo Morey Serra, their Commercial Director, and also their winemaker, Julia. Ca’n Vidalet not only had a number of wines available to taste, but also Gin and Marc (is a liquor distilled from pomace that is left over from winemaking after the grapes are pressed).

I tasted the following:

Melchor Oliver planted his first vines in 1912 and the Miquel Oliver Vinyes Bodega recently celebrated their 100th anniversary. I met and chatted with Pilar Oliver, the great-granddaughter of Melchor and fourth generation of the family.

After tasting their wines, my three favourites are below:

Angel Bodegas was founded by Andres Gelabert in 2006. Andres was born in Mallorca but spent a number of years living in California where his interest in wine began. When he returned to Mallorca in 2000, he set out to create Bodegas Angel. The “An” comes from Andres and the “gel” comes from Gelabert.

My top three wines are below:

How can I get to the Fira del Vi?
The Claustre de Sant Domingo is in the centre of Pollença and I would recommend hiring a car if you are not staying in the area. From Palma, take the Ma-20 slip road to Andratx/Port d' Alcúdia for 2.6km. Take exit 3 for Ma-13 towards Port D'Alcúdia/Inca and continue along this road for 38.9km. Finally, take exit 40 towards Sa Pobla/Crestatx/Pollença/Muro and continue along the Ma-2200 for just over 12km.  his takes you into the centre of Pollença.

How much are the tickets?
Tickets cost EUR10 per person this year which included a souvenir wine glass and provided EUR3 off any purchase made on the day.

Additional Information:
You can buy wines directly from all of the producers at the Wine Fair and a number were offering special discounts.