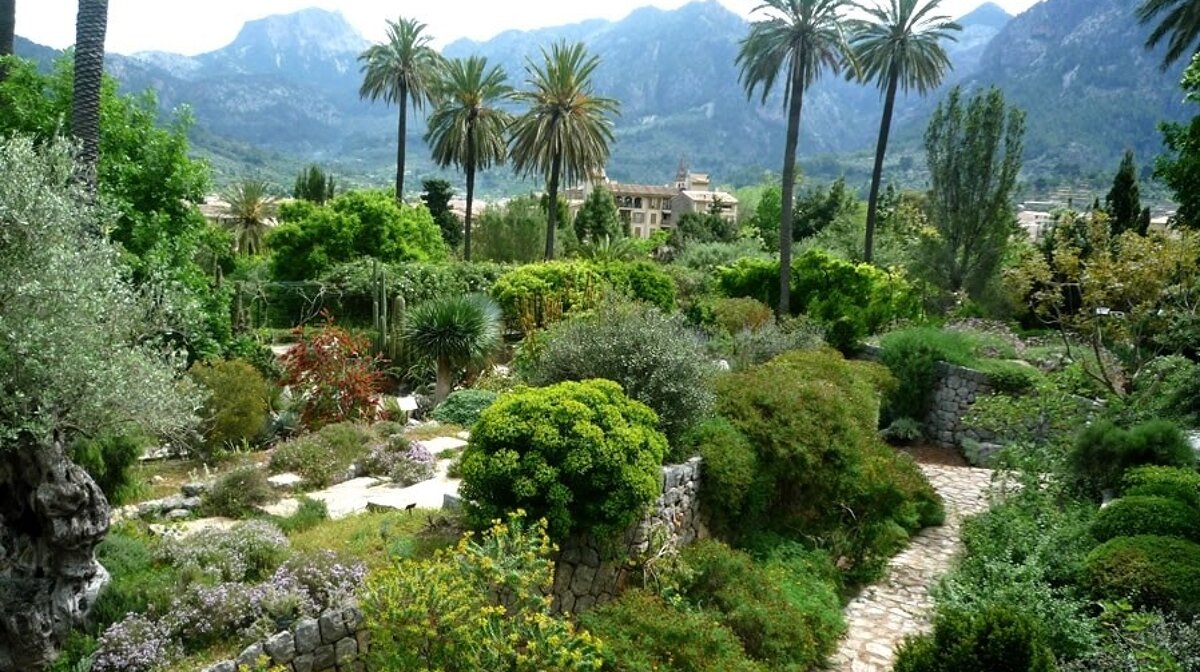 Sóller is a botanist’s and enthusiast’s paradise. The Botanical garden is found in a country estate known as “Camp d’En Prohom”, on the outskirts of Sóller. Its primary purpose is to preserve rare or endangered species of the Balearics, and is the result of many years of study and hard work, and now hosts one of Spain’s most extensive wild flora seed banks.

The Botanical Garden of Sóller combines traditional and popular architecture with botany, as it is structured on terraces that group the plants in the garden according to their ecological needs or use.

There are different kinds of plants found in the Botanical Garden of Sóller such as flora of the Balearic Islands; flora of other Mediterranean Isles, specially from Corsica, Sardinia, Sicily, Malta  and Crete. There are also species from the Canary Islands, an ecological farm / orchard (with the aim of studying and preserving all horticultural varieties of traditional vegetables and fruit trees), plants for medicinal and aromatic purposes - with plants that have been used traditionally to heal and/or season, and ornamental plants.

They also preserve frozen seeds of those species under greater threat. In 1997 the foundation “Fundació Jardí Botànic de Sóller” was formed. Its headquarters are in an old building built in 1906 located within the same country estate. Used as a  Botanical Institute, it is a centre of study and research, where the laboratories, library, seed bank and herbarium are kept.

The Museum of Natural Sciences is located in the gardens.

The gardens are open:

Admission cost 8€ (6€ for groups of more than 12 persons). Free for children under 6 years old.