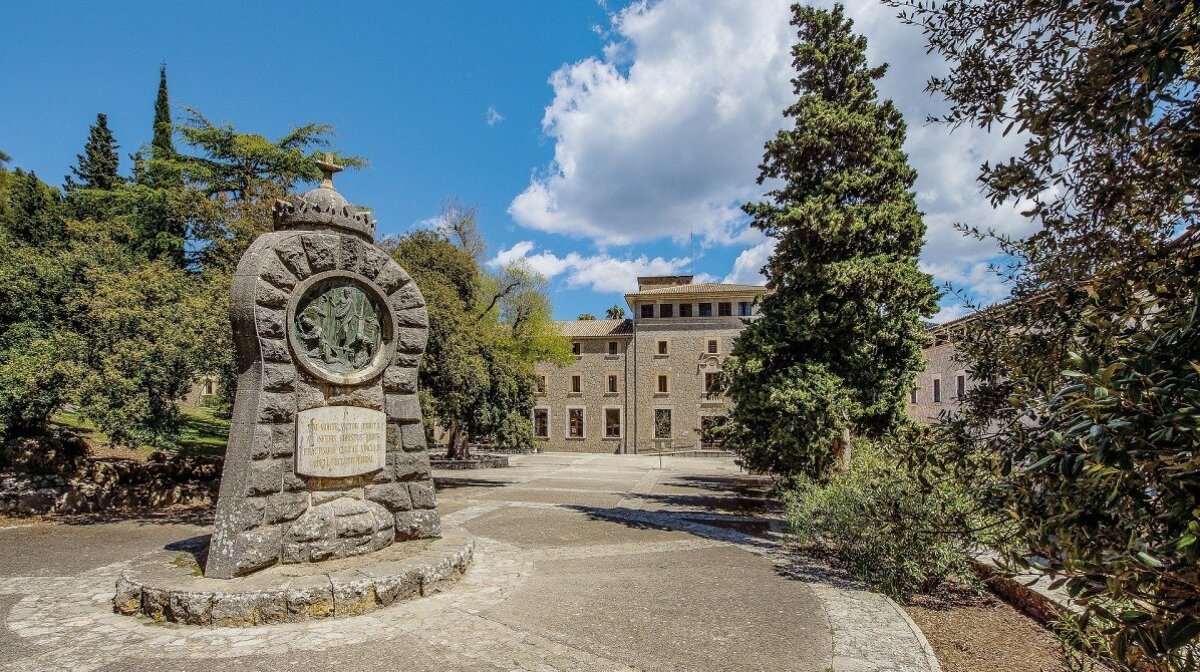 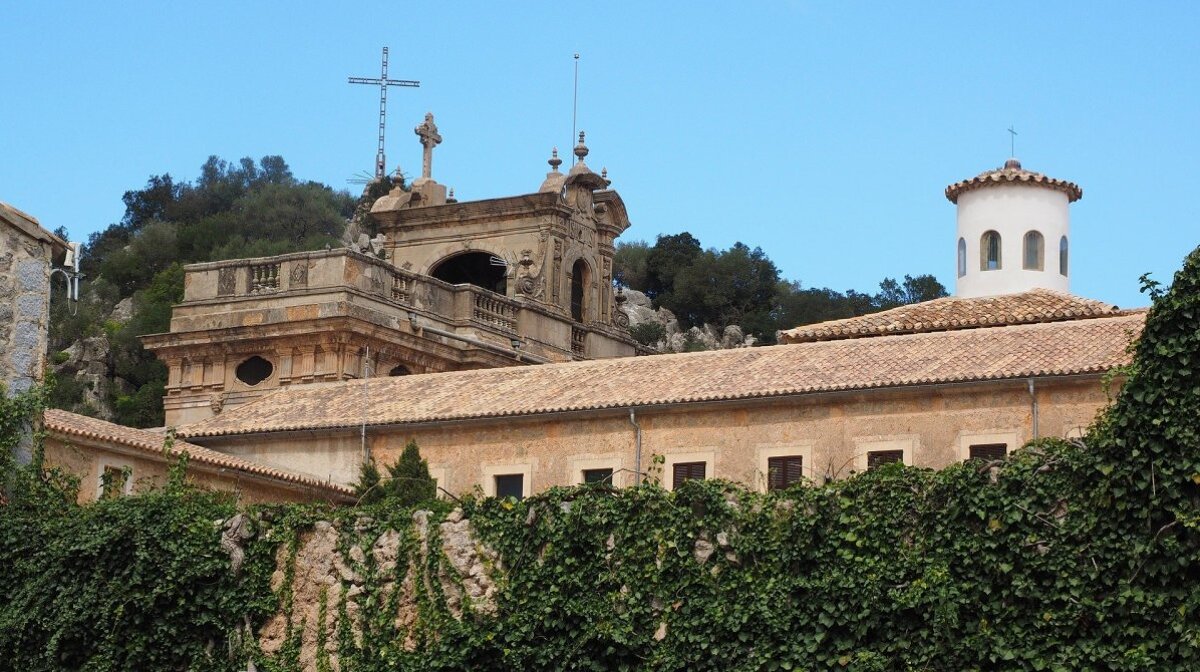 Mallorca's most sacred site - a former monastery in a spectacular setting in the Serra de Tramuntana mountains to the north west of Mallorca.

Lluc has been a centre of pilgrimage since the 13th century when an Arab shepherd boy, newly converted to Christianity, discovered a dark wooden statue of the Virgin in a cleft in the rock. The image was placed in the local church but three times it returned miraculously to its cave, whereupon the villagers recognised a message from God and built a shrine to house it.

La Moreneta ('the Little Dark One') is now encrusted with precious stones, and sits in a chapel decorated with the arms of every Mallorcan town. Pilgrims and tourists queue to pay homage, especialy on Sundays and at 11am before the daily concerts by Es Blauets choir. The choir, named after their blue cassocks, was established in 1531 comprising 40 boys, 'natives of Mallorca, of pure blood, sound in grammar and song'. The service is marred by the whirring and flashing of cameras, and if it's meditation you seek, come back instead for the evening Mass.

The monastery complex includes Els Porxerets, the former pilgrims' quarters with stabling beneath the rooms, and the Way of the Rosary, with touches by Antoni Gaudi. A very charming rockery & botanical garden is featured in the grounds. From the hilltop cross you look down over an unexpected farm and valley and up into the pinecovered mountains.

You can stay at Lluc but it is more like a hotel than a hermitage the 100 'cells' have en-suite bathrooms and there are several restaurants and bars. There is also a museum - among the displays of ceramics, chalices and coins is a collection of paintings by the 20th-century Mallorcan artist Josep Coll Bardolet, with scenes from Deia, Valldemossa and Fornalutx.