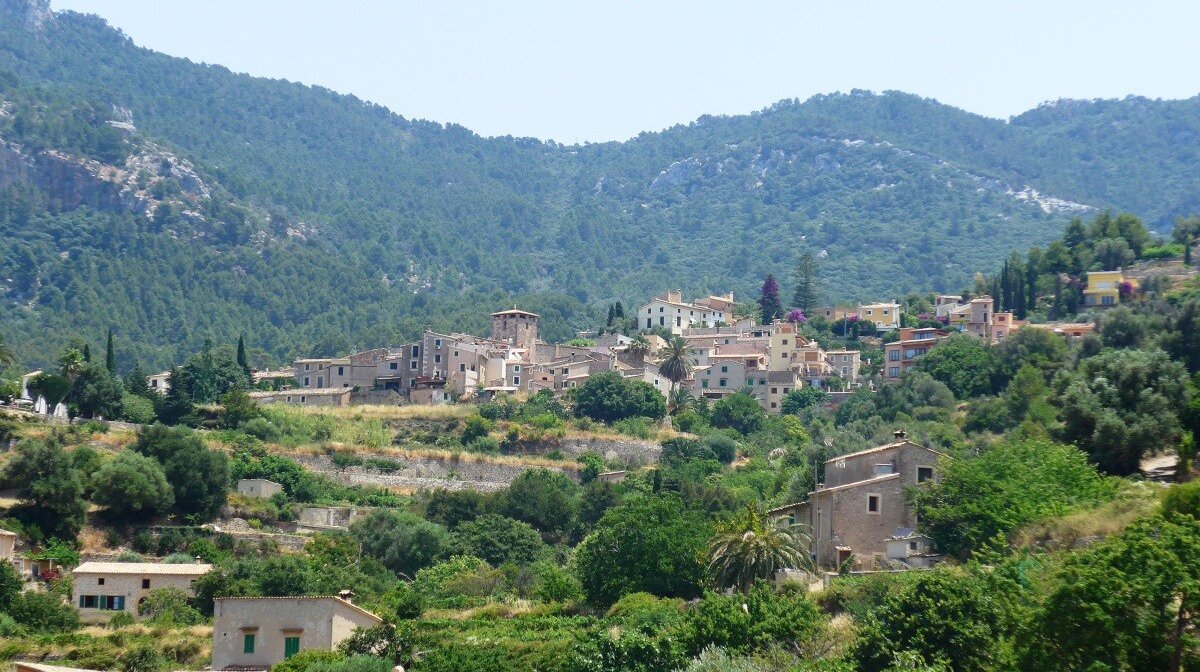 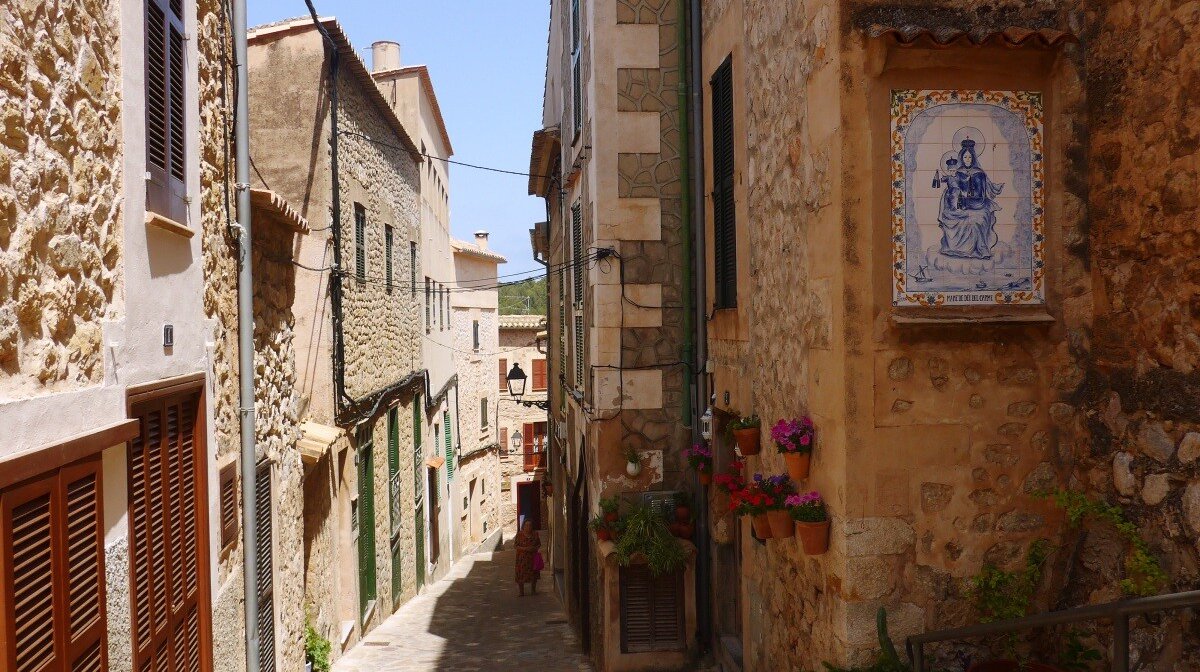 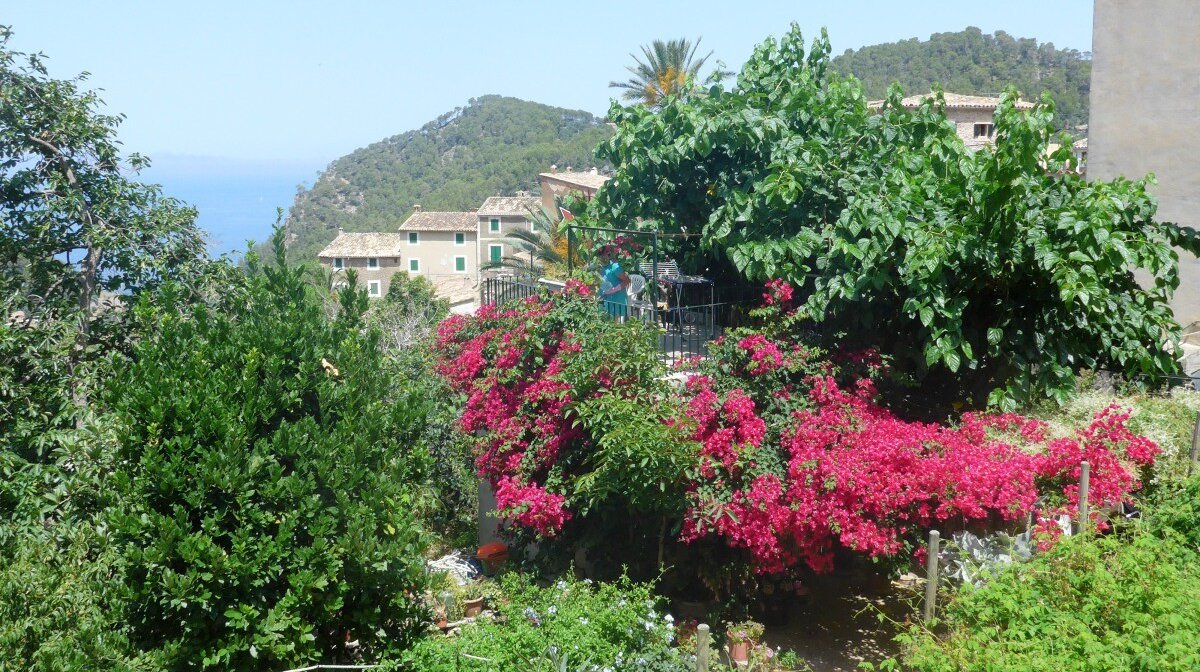 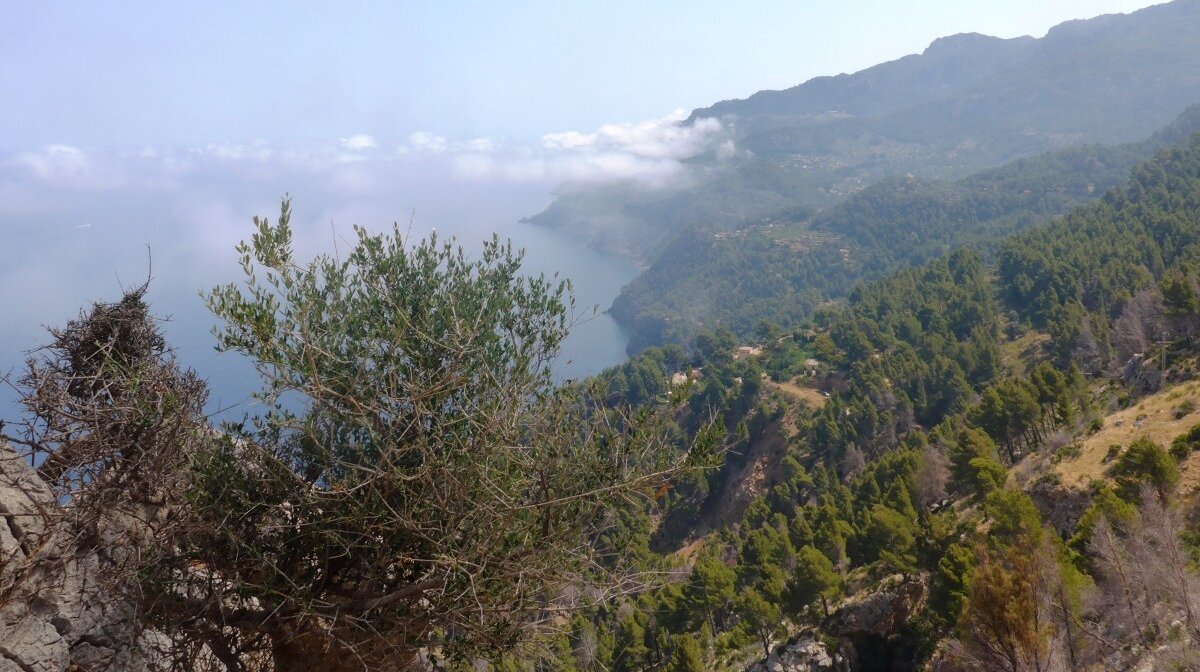 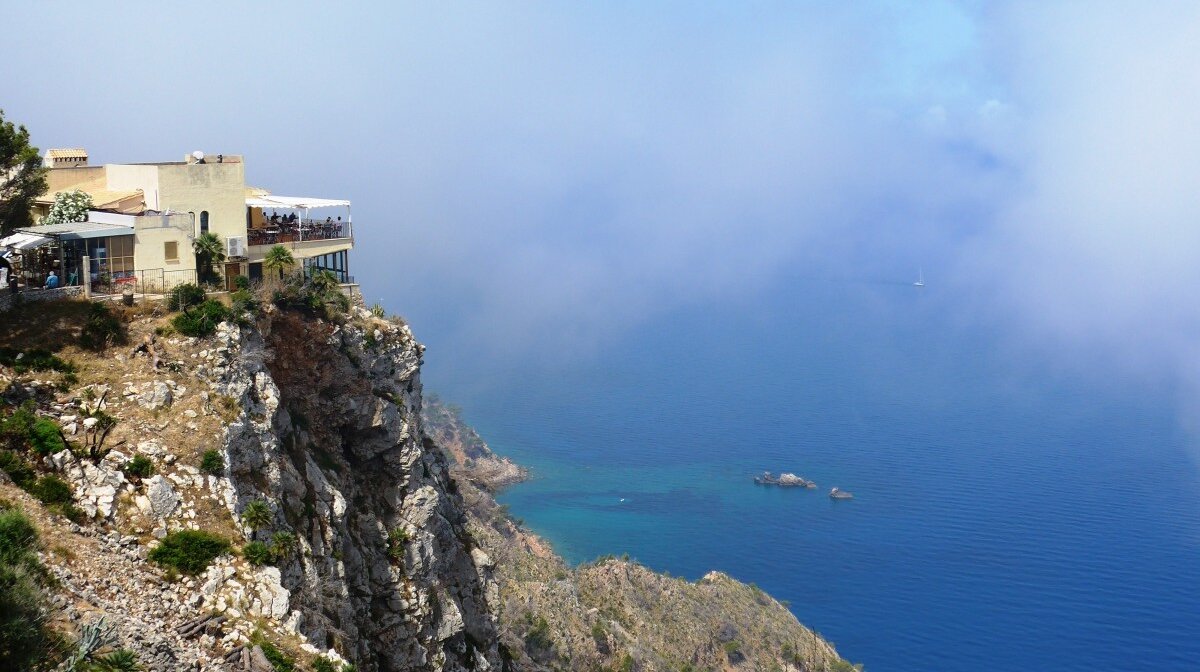 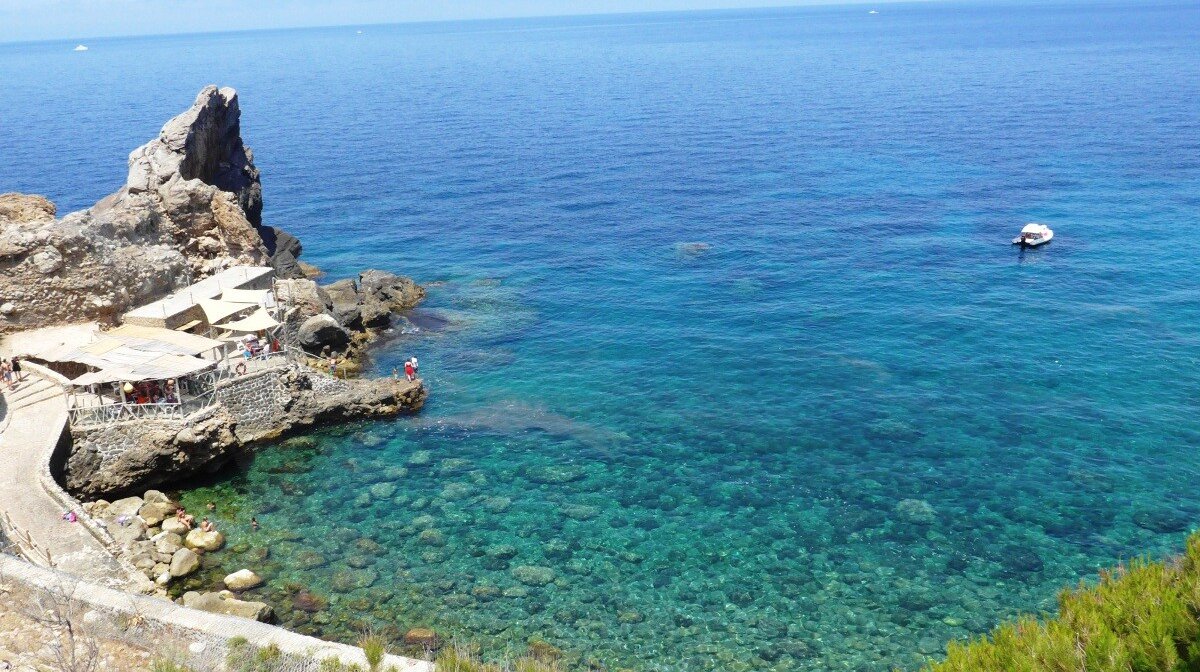 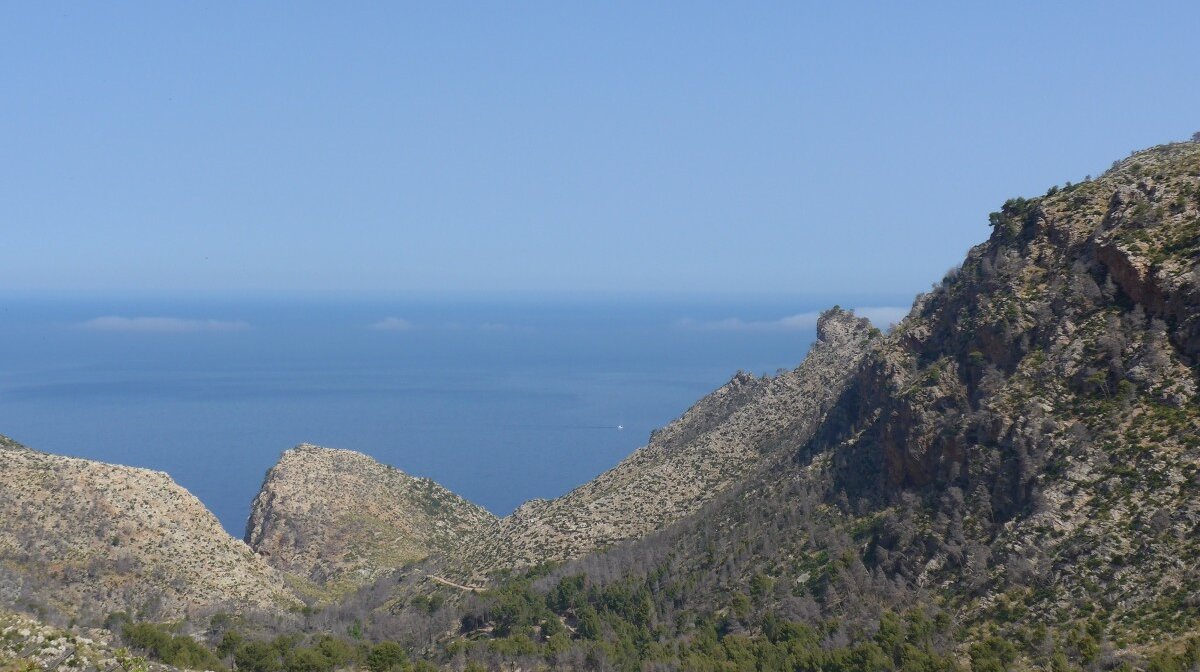 Estellenc - a tiny village in the Serra de Tramuntana

On the road to Estellenc

Situated within the World Heritage Site of the Serra de Tramuntana mountain range, the tiny village of Estellencs offers an authentic taste of rural Mallorca.

Clean stone streets, historic facades, sprawling creepers and bright bursts of flowers; the village with the lowest population in Mallorca demands little of its visitors except to connect with the serenity of their surroundings. It's no surprise then that walkers and cyclists are particularly drawn to the area.

The route to Estellenc is stunning and an attraction in its own right. One main road connects the village to its neighbouring towns of Andratx and Banyalbufar. On one side you have the dramatic and changing face of the mountain, on the other, the deep blue Mediterranean sea stretching into the distance. The land is at times arid and sparsely vegetated, other times thickly covered with pines.

Just before you enter the village, I recommend you stop off for refreshment at the restaurant 'Es Grau'. The views from its terrace are truly impressive. At the base of the mountain, the crystal clear water shimmers turquoise around the rocky coves and then the sea fills the horizon. You might want to stop for lunch, in which case the restaurant, which has been open since 1966, has an extensive menu which includes paellas, pasta dishes and Mallorcan cuisine.

There are lots of different walking trails in the area. Perhaps the most famous is the walk up Mount Galatzo (1,025m), which takes just over two hours to reach the summit. On Saturday 1st August, there is an organised night excursion which leaves at 01:30 from the main square and returns in the morning. I imagine it will be an exciting experience and a great opportunity for star-gazing. Be warned, it's not a party mission, and no alcohol is permitted.

The village has its own cove. Just follow the sign posts to Cala Estellenc. The half an hour walk takes you passed rustic bungalows adorned with bougainvillea, vegetables allotments and orchards. The scent of fig and lemon carries in the air. You'll hear a cock crowing, donkeys braying and of course, the buzz of cicadas.

Cala Estellenc is an unguarded pebble beach, which also acts as a fishing harbour. The water is clear - clear enough to spot jelly fish which appear from time to time. I recommend water shoes as it's quite rocky. Overlooking the little cove is a beach bar serving drinks and a simple menu of sandwiches and salads.

Estellenc is not a place to be busy in. It has just over 300 residents and only a handful of cafés and restaurants, plus one small shop called Un Poc de Tot, literally, 'A Little Bit of Everything'. There is a church, San Joan Baptista, which might be closed when you arrive, and a Tower 'Tem Alemany', which you might miss as it's not sign posted. But if you love sea and mountain, don't let the lack of sites deter you from visiting. The gentle rhythm is just another part of its charm.