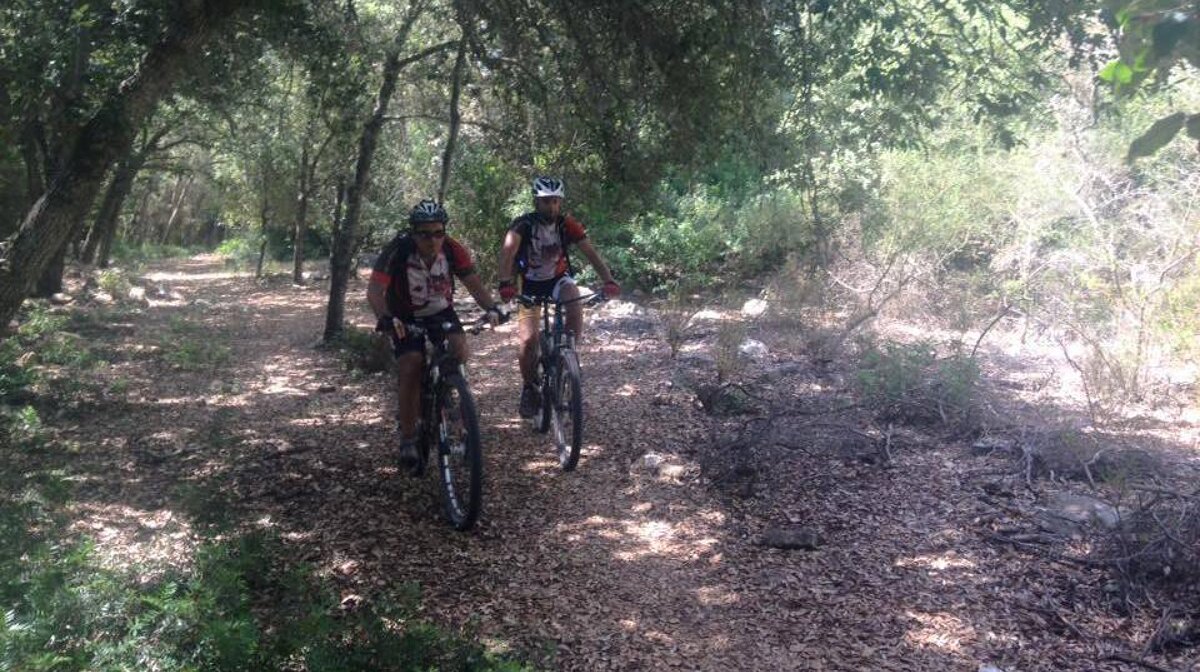 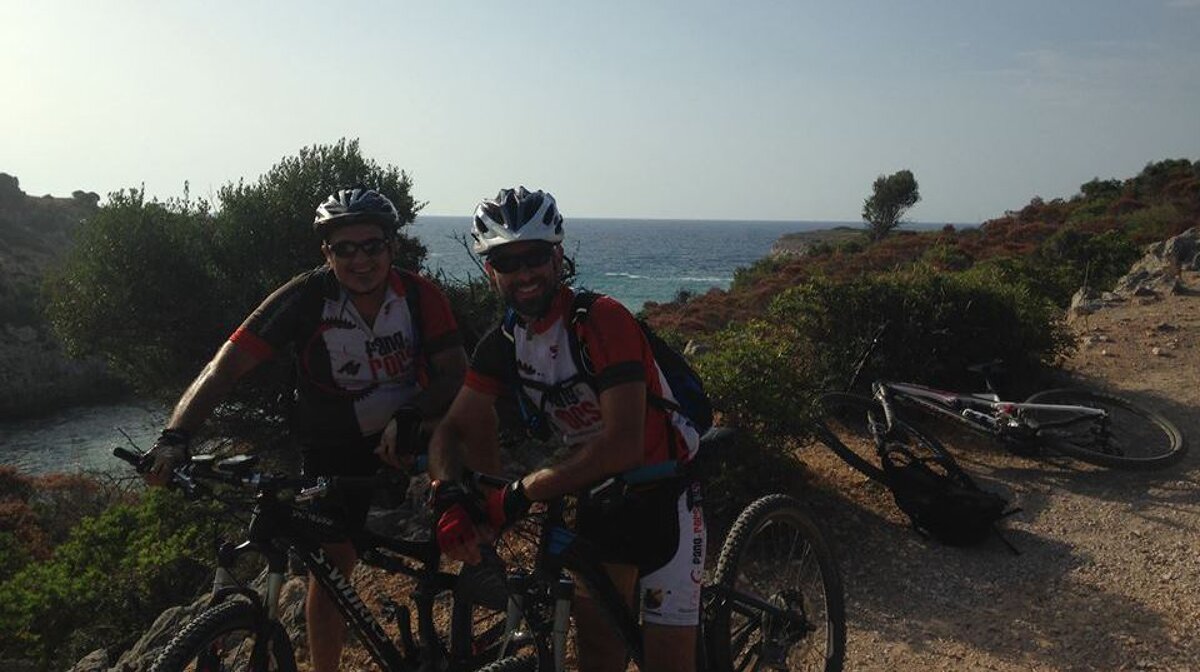 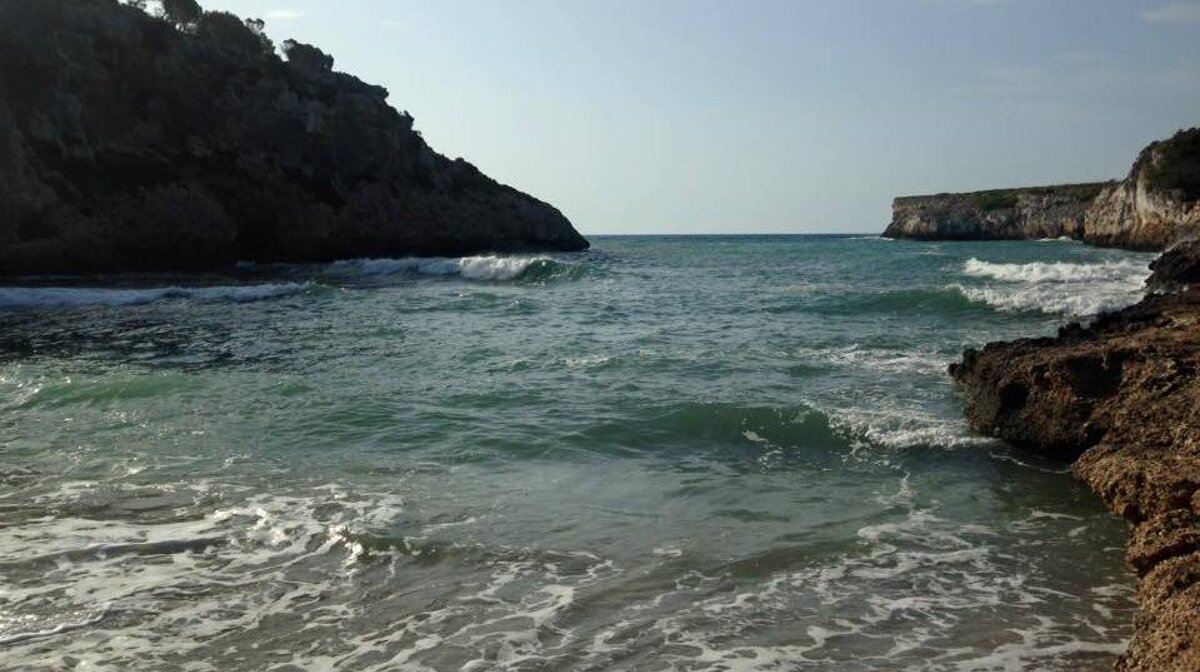 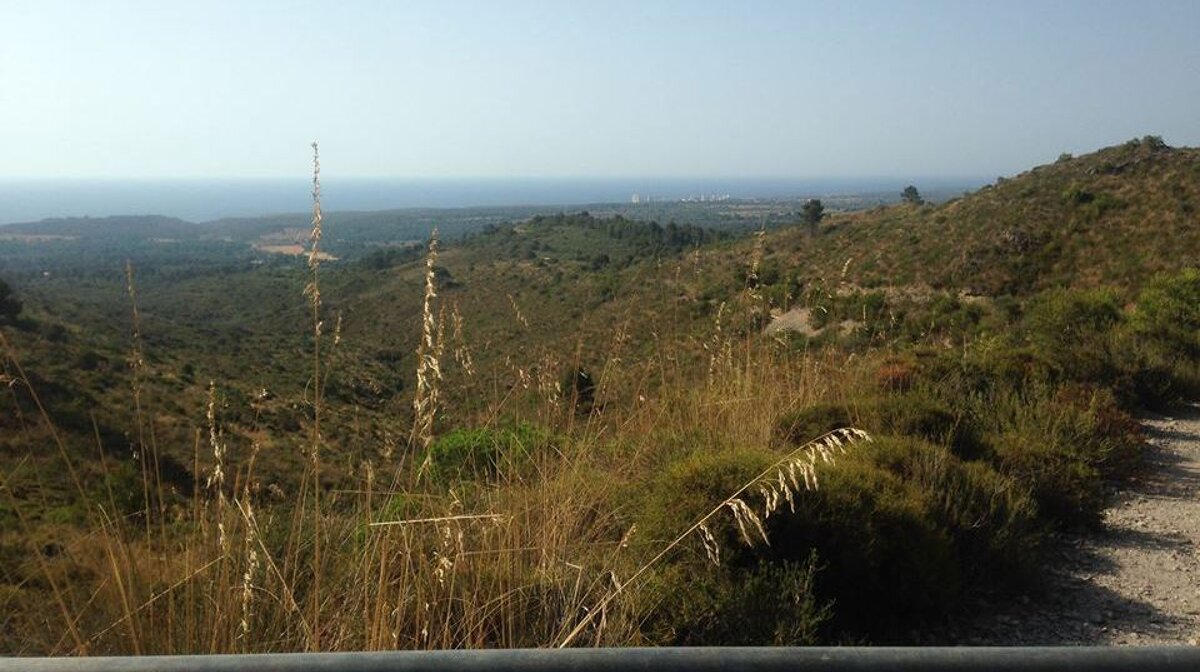 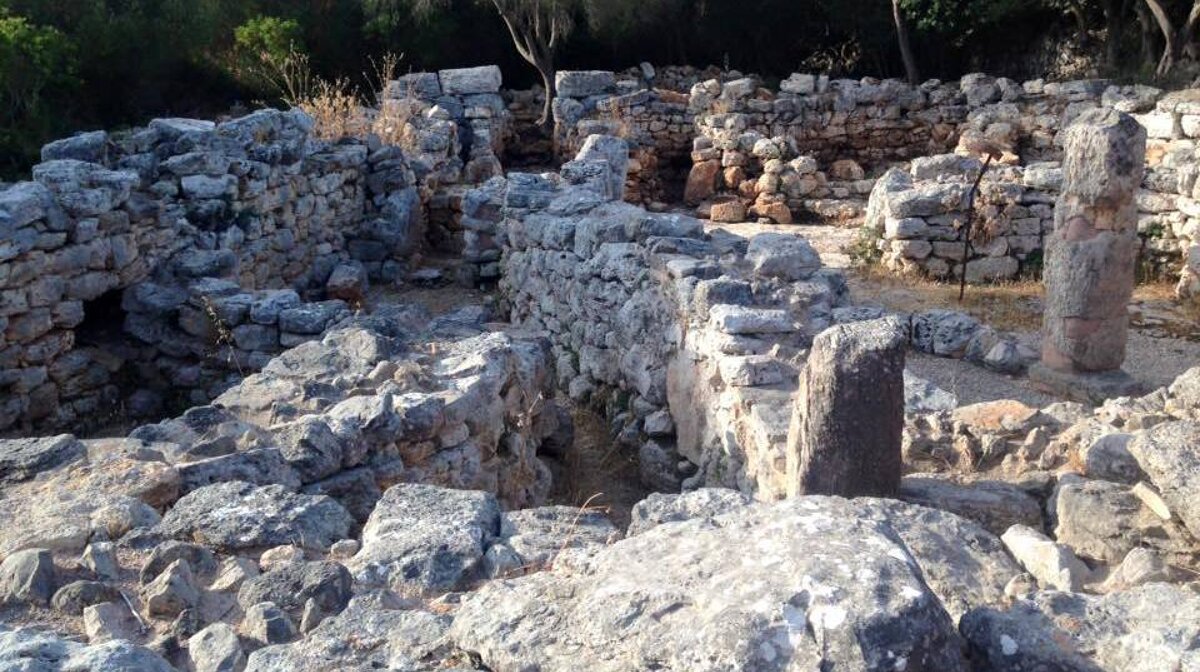 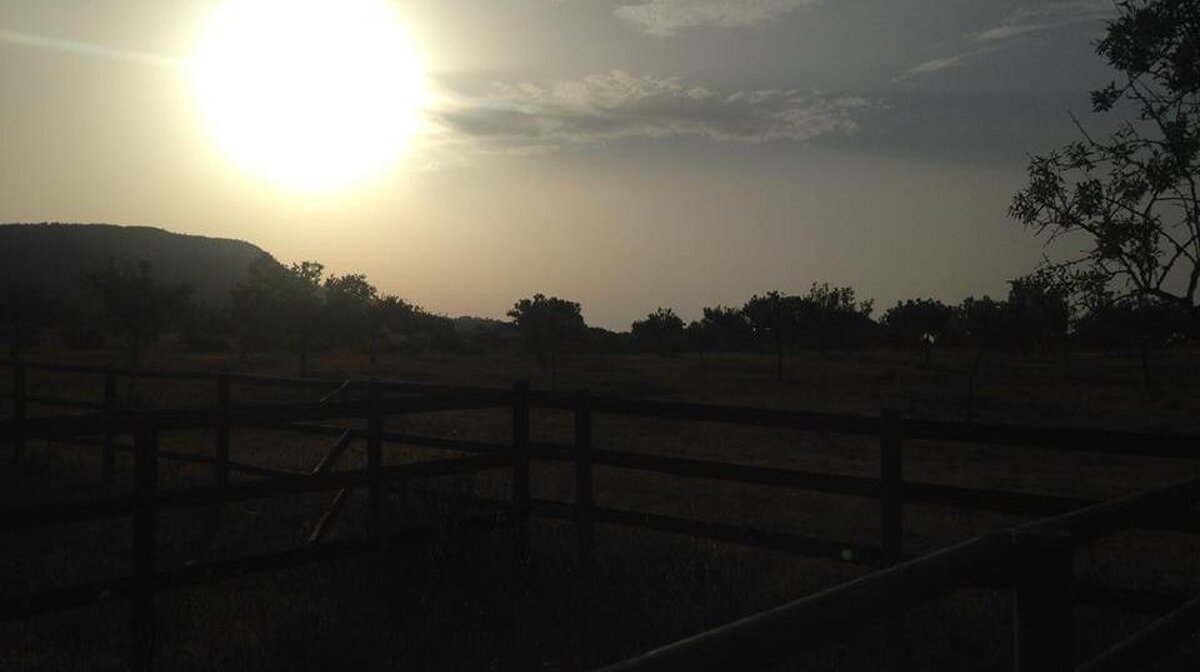 two mountain bikers on a forest trail in mallorca

a rocky cove on the east coast of Mallorca

the views from a mountain bike trail in mallorca

stone ruins of an old house in mallorca

sunset over a cattle station

Mountain biking in Spain and in particular, it would seem, in Mallorca is a very popular pastime. The terrain of mountain range, olive groves and rugged countryside make it perfectly suited to the sport.

For me, it is a sport which is wholly unfamiliar: I have spent a fair bit of time on a bike in my time but am more accustomed to the road than the dirt. As such I was very excited to see what mountain biking had to offer and was very fortunate to have the opportunity to go along with the boys from MT Bike Mallorca for an expert introduction.

The route that was chosen comprised around 60 km between Son Maciá and Artá. Setting off at around 7.30am – with the aim of avoiding the worst of the punishing July heat – our route led us first through the grounds of the ‘es Fangar’ estate. There have been ongoing disputes between the locals and the owners of this property to maintain rights of way, which have luckily been successful. The tracks here make for an accessible start to the route whilst offering superb views of the surrounding hills and the paddocks.

Having left the estate, we headed east to Cales de Mallorca and the beauty of the islands coastline. The Camino de Presos, or Prisoner’s way, built by prisoners of the Civil War, led us right down to the water’s edge and one of the most beautiful little bays I have ever seen. From here the path became more challenging, taking on some true mountain biking as we headed up and over the hills on a stony track before cycling down to the small town of Son Carrió for some much needed rest and a bite to eat.

After our stop we picked up the trail which continued through the woods on narrow undulating tracks into the town of Son Servera. By this stage I was really starting to get the hang of off road biking and really enjoy nipping through the undergrowth. The trees continued as we tackled the last section of the ride up to Artá, offering pleasant shade from the sun as the middle of the day approached.

One of the major upsides to this route and, I suppose, to mountain biking as opposed to road cycling, is that it allows you to get away from the highways, to delve deep into the countryside of Mallorca and to get a true feel for the island. Views such as those in the bays of the East coast or from the hills above Son Carrió would be completely inaccessible other than on a mountain bike or, indeed, on foot.

I will not pretend for a second that it was an easy day out. The nature of the trails and the distance covered meant that I was worked hard. However, the guides were more than happy to adjust their pace accordingly, to take pauses for water or photos and were very attentive throughout.

I must give special thanks to my guides Tomas and Julio. They were true experts in their field and for many reasons; Firstly, upon arrival they had organised a top of the range bike for me to use throughout the day along with a helmet, both of which they ensured were well fitted before we set off. They were, of course, highly accomplished cyclists themselves and were able to offer hints and tips as to how I might best tackle certain parts of the route, whilst soaking up the miles themselves with ease. On top of this cycling expertise, they were also both incredibly knowledgeable about the history and culture of our surroundings, making the experience not just a physical one but also an educational one.

The route from Son Macia to Arta constitutes the first stage of the Fang & Rocs five-stage cycle which takes in all that the north-east of Mallorca has to offer.

More details about this trip and other services offered by Tomas and Julio can be found for MTBike Mallorca & Karakorum Adventure.