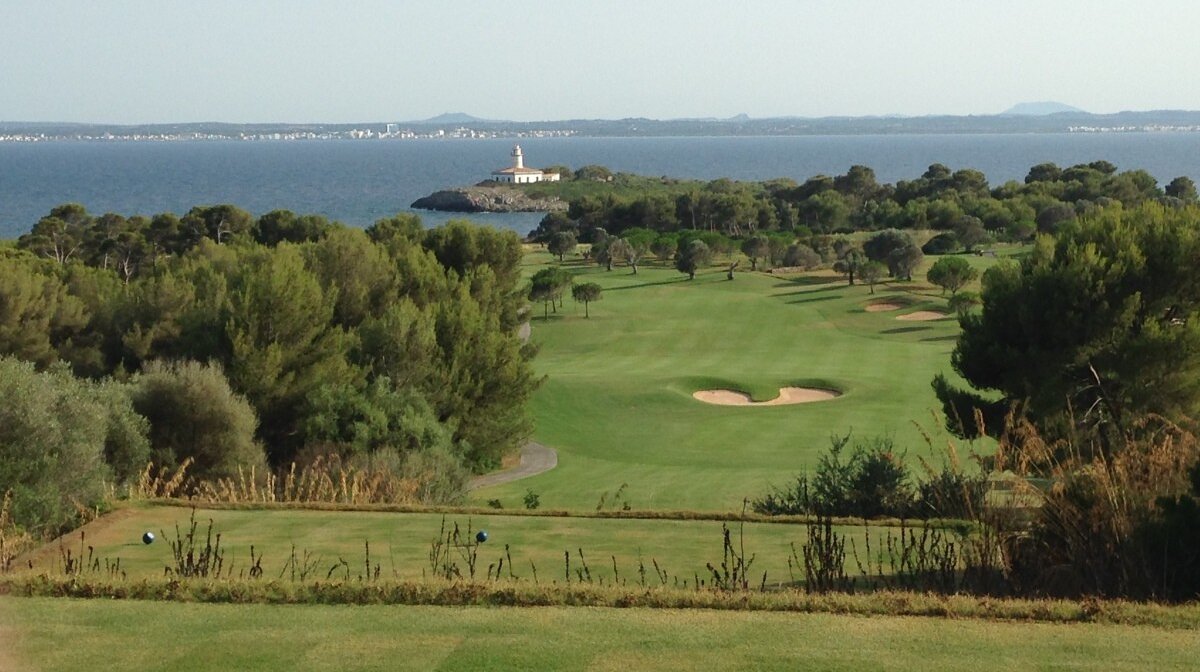 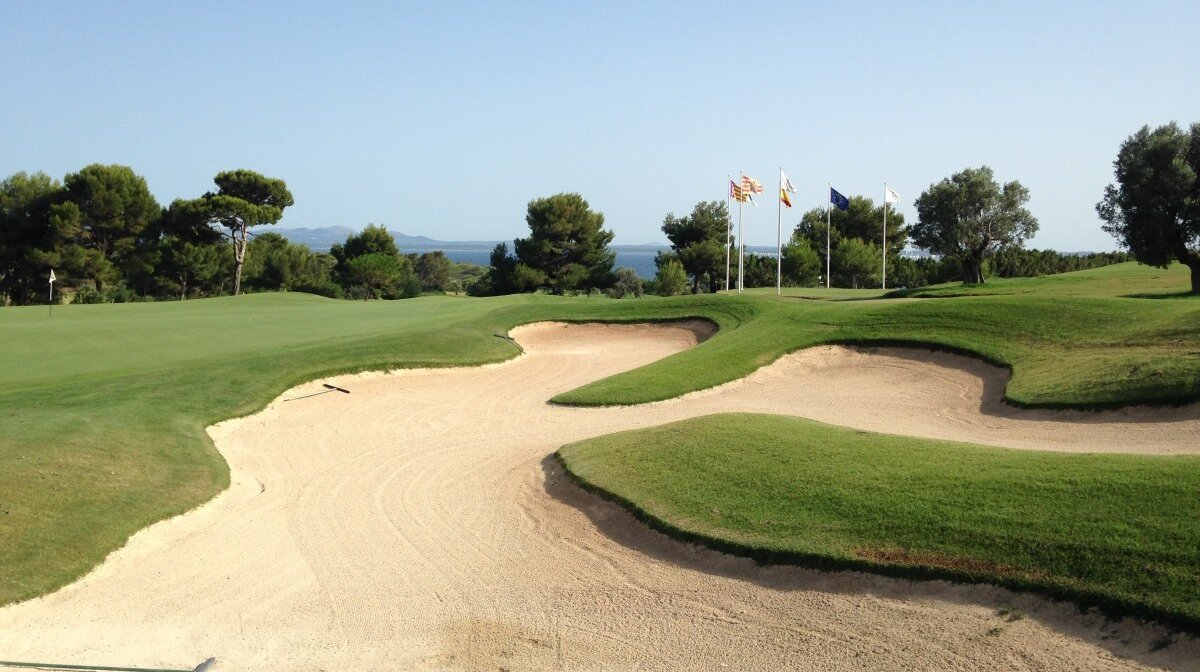 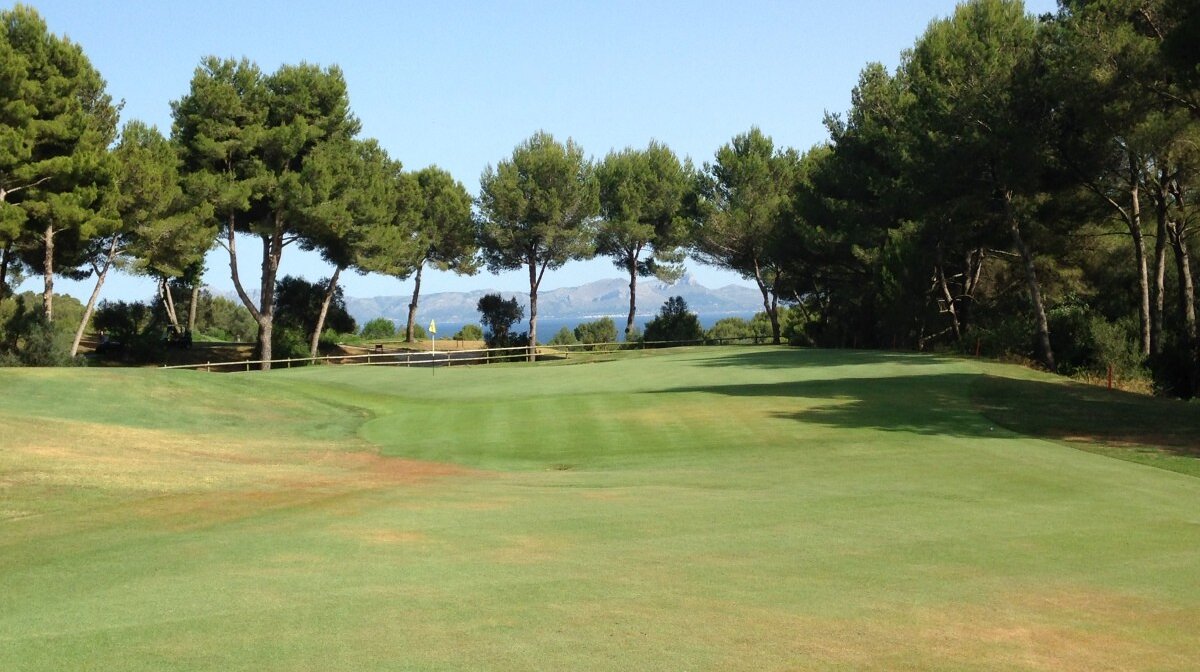 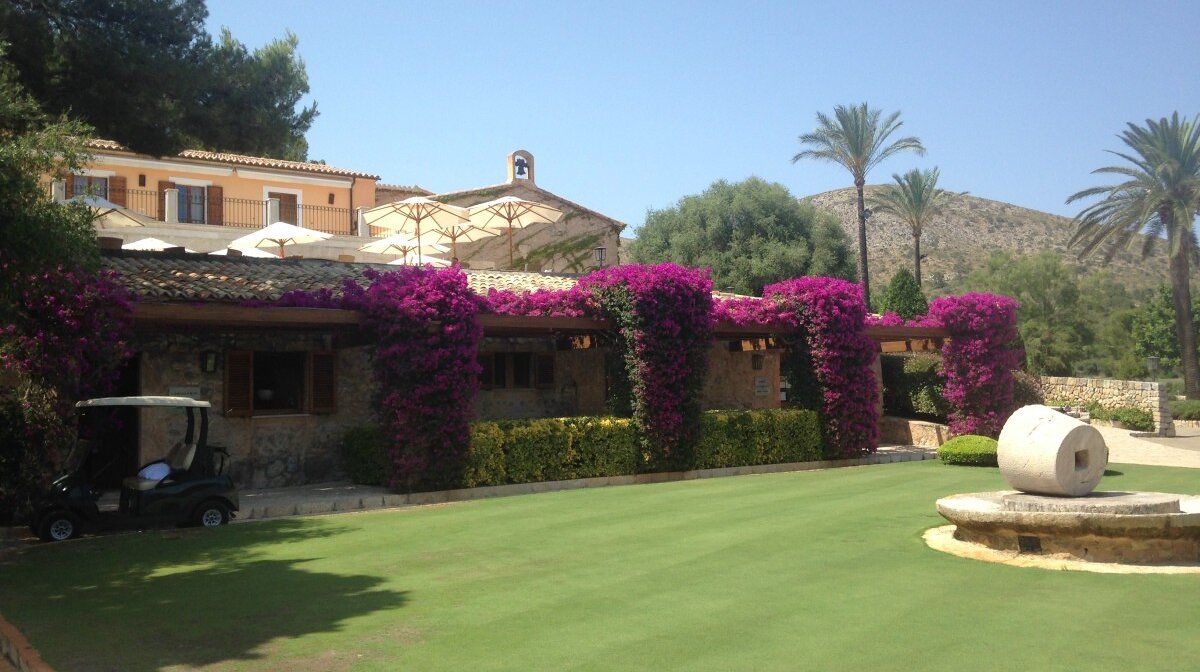 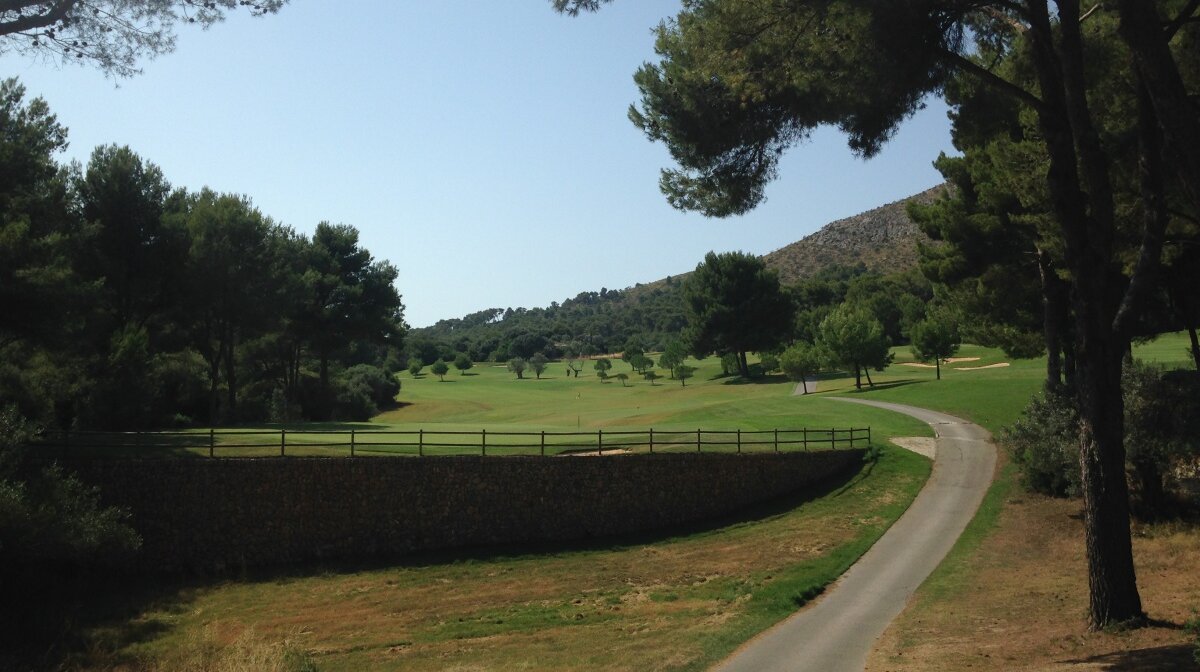 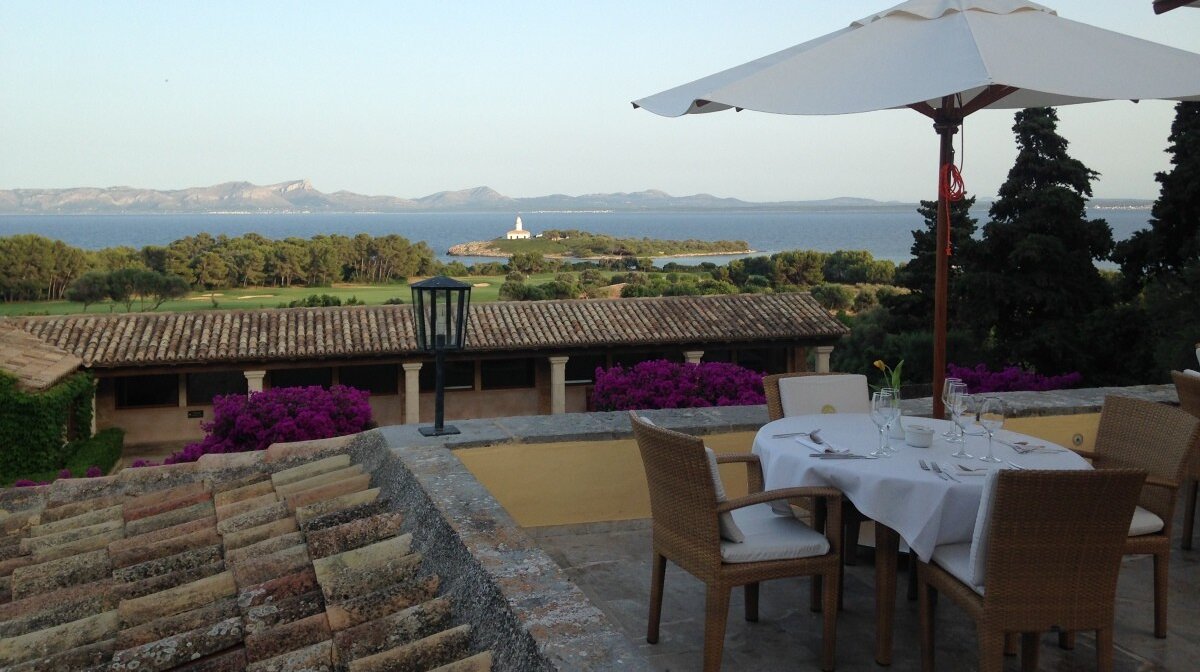 Stunning! Looking down the 13th

An example of the large greens on the 9th

Picturesque holes set against the sea

Mountains as well as the sea

A great end to the day

The course at Alcanada is a real gem. The only course on the island which is on the coast, this Robert Trent Jones design perfectly exploits its magnificent setting. Tough in places though inviting for golfers of all levels, the course is a superb synergy of beauty and quality.

Upon arrival you are greeted by the clubhouse, housed in an ancient Mallorcan mansion. The sandstone building nestles on the hillside with stunning views across the course and beyond. The pro shop, well stocked with anything the golfer might require from equipment to souvenirs, could easily be mistaken for a wine cellar rather than a shop.

The changing facilities are of the highest quality with plentiful changing space, lockers and fresh towels available. There are also two putting greens, which were very course accurate and a driving range. A fleet of buggies was ready and waiting along with trolleys and clubs to hire.

The course itself was a delight, and although still quite young, having been opened in 2003, it is growing up well and very much deserves its ever increasing reputation as being among the best courses on the island. I played it from the yellow tees which offer a 6,152 metre test around a course which blends in superbly with its surroundings.

The fairways slope and undulate, often requiring a well-placed tee shot, whilst the combination of elevated greens and an often strong coastal wind make judging distances into greens a real skill. This said, the short cut rough is not too harsh and the greens are large allowing any golfer some margin for error. My best tip would be that, on the majority of holes, a club extra on the approach was better than a club less.

There was not a hole on the course that let the others down, though there were obviously some stand out ones. The 7th is the course’s signature hole; a straight par 5 with long undulating fairway punctuated by vast fairway bunkers, this hole certainly has its merits as a golf hole. However, it is the setting of the hole which impresses the most with the tee box set high above the fairway and the first views out to the lighthouse and ocean beyond.  This tee box also has the added bonus of a swing analysis camera, making a video of your tee shot available in the pro shop after your round. (Ask before teeing off for more details).

My favourite hole was the 13th which, similarly to the 7th, plays out towards the sea with the green within a stone’s throw of the beach. The tee shot is inviting, the breeze challenging and the views are truly spectacular. When it comes to making most of this particular course’s surroundings, the 13th has it all. This is followed by a strong closing three holes including the 2 (?????) yard par 3 17th to cap off a round which tests but, for me, was more about enjoyment.

After the round, the restaurant and bar provide welcome refreshment. Many players were joined by partners and families to enjoy a sumptuous meal with local wines on the terrace which boasts views that are tough to rival.  There was a set menu on available at a price of €30 for three courses with wine, offering a good choice of local Mallorcan dishes, alongside a tapas selection and plentiful other meat and fish dishes: the perfect end to a superb day.