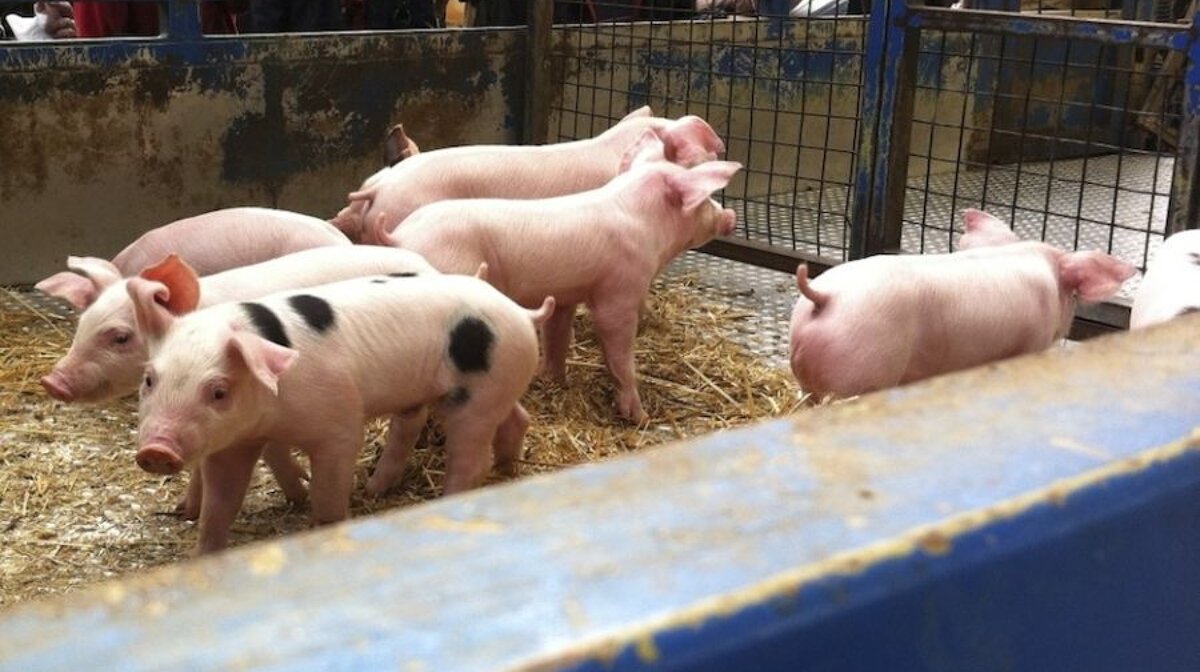 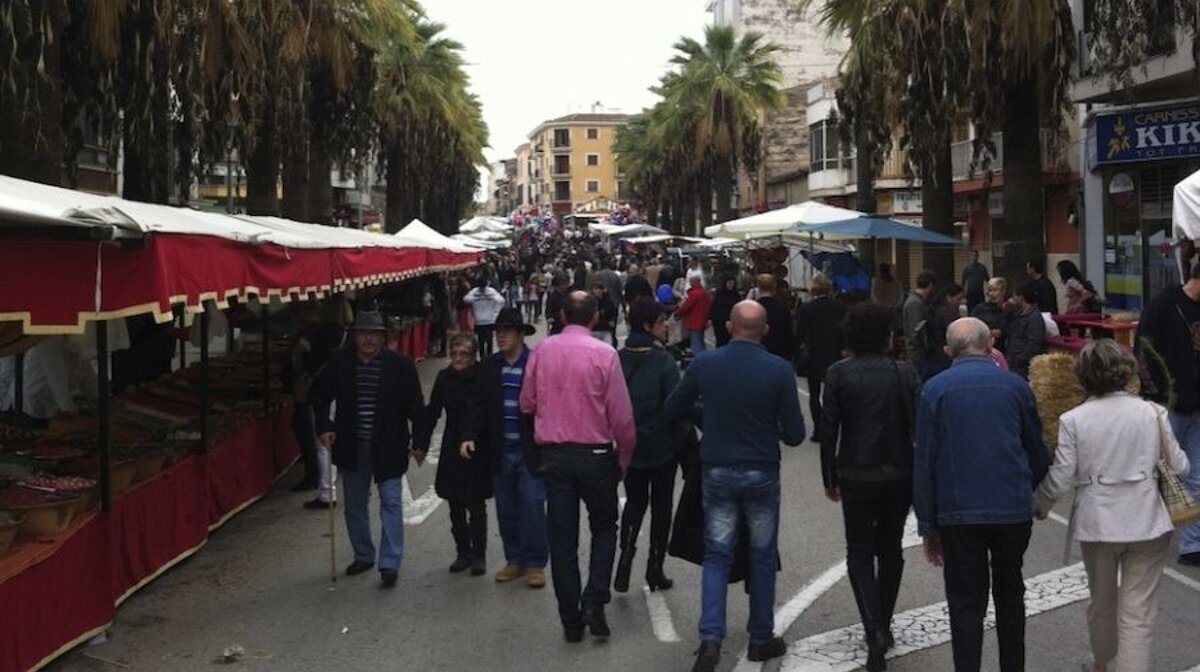 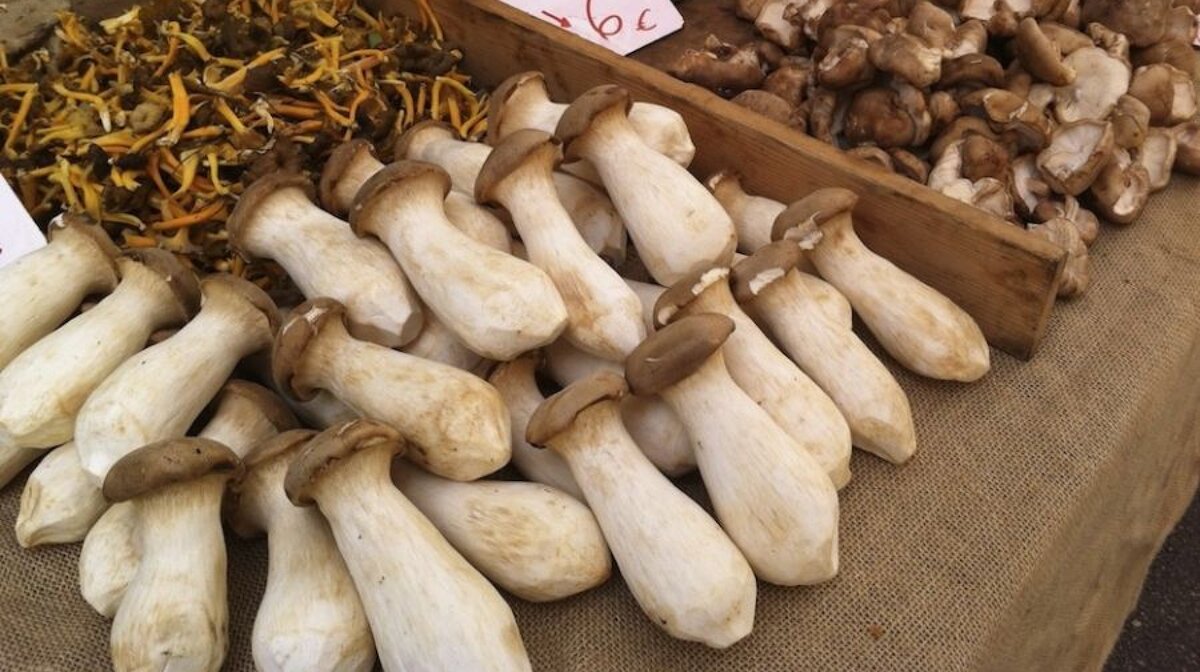 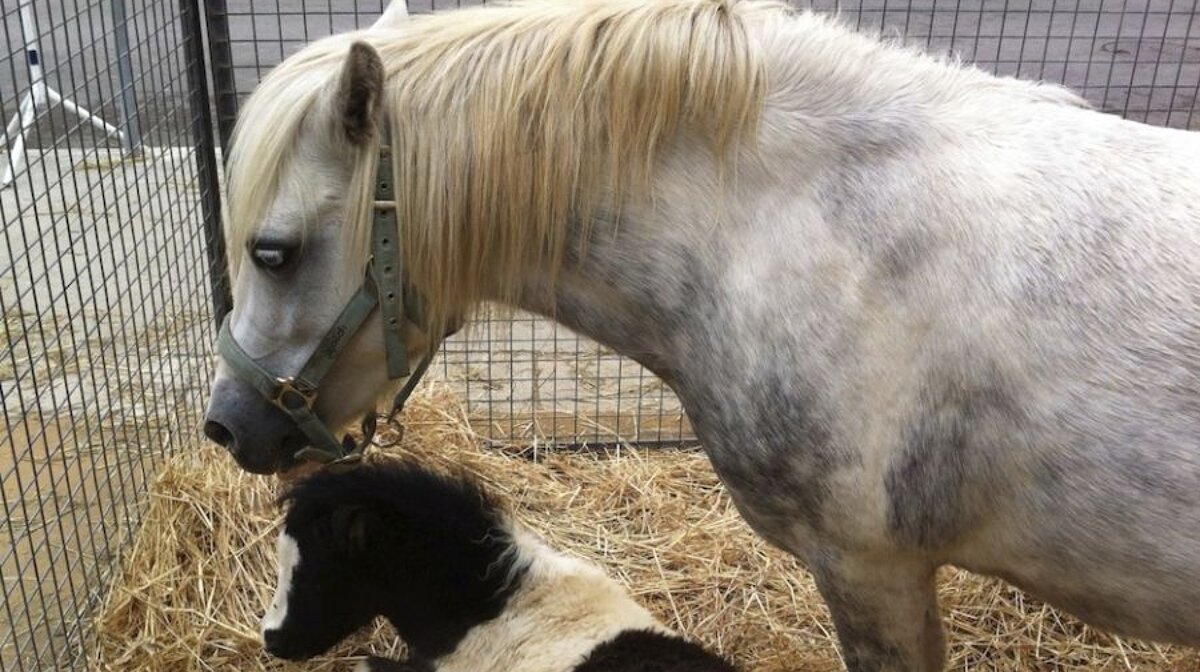 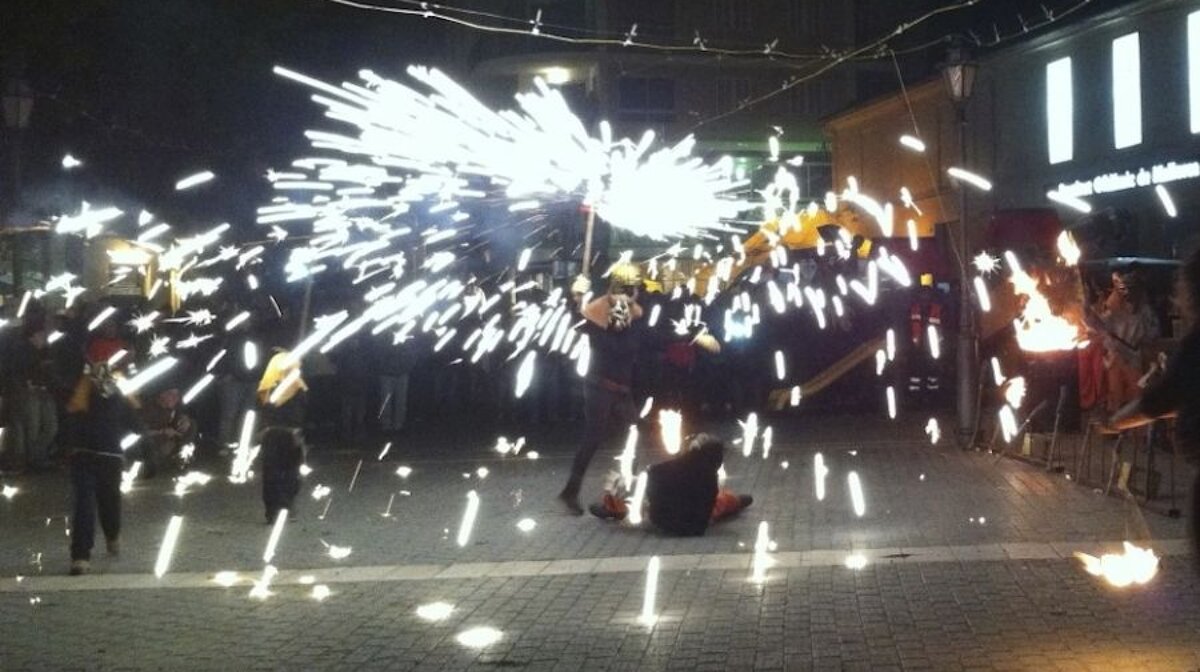 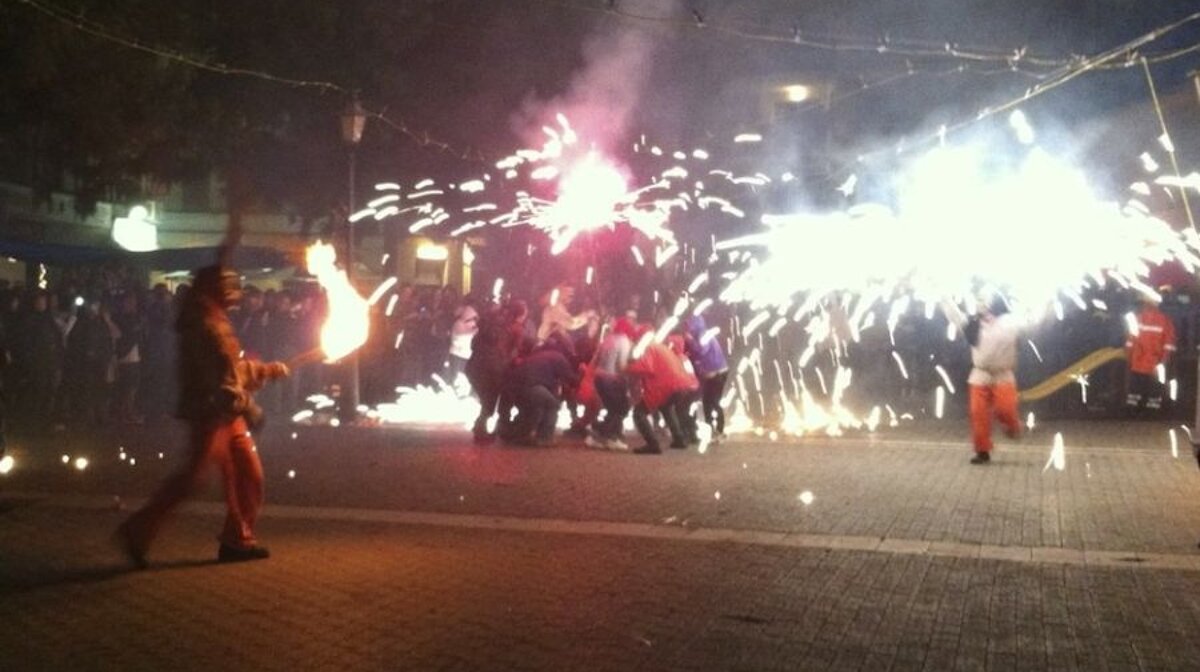 Plenty of stalls at Dijous Bo

Correfoc the night before Dijous Bo

Hoods up at the correfoc, Dijous Bo!

Inca hosted the fair of all fairs last Thursday celebrating the annual Dijou Bo. Held on the third Thursday of November, this festival is the largest in Mallorca, it's a public holiday in Inca and many people from other towns take the day off just to visit the event.

Dijous Bo, meaning Good Thursday is built up by three fira’s hosted in Inca each weekend before the main event and also the fira in Santa Maria la Mayor. The day before Dijous Bo is sometimes referred to as Dimecres Bo, Good Wednesday where some artisan stalls set up for early trading and where the town kicks off the Dijous Bo with a ‘correfoc’ at midnight.

The ‘correfoc’ is a rather petrifying half hour of ‘demonis’, people dressed in devil costumes, running around the square with flaming torches and fireworks. The devils began their journey from the street by the train station where they danced towards the crowds blowing fire and setting alight strings of bangers hanging between the trees. The correfoc was a far cry from the health and safety seen at a British Guy Fawkes fireworks display but thankfully there were no problems. Many of the devils were brandishing sticks with Catherine Wheels ontop spraying the crowds with sparks. The point of the correfoc seemed to be that youngsters, complete with hoodies, would run and dance around the devils whose job in turn was to terrify and scare them. I’d advise anyone going to this event to wear a hood and to avoid using hairspray that night!

Other events on the Wednesday night incuded bars on the streets, along with two stages set up by the train station where you could find DJ's playing house/dance music, and rock bands.

The main event of course the much anticipated fira of Dijous Bo. Most traders donned the traditional ‘vestits de pages’ which is the name given to the baggy pantaloons worn by the men and dresses with head scarves worn by the ladies. Starting at around 10am, stalls were set up selling the traditional produce of Mallorca such as botifarons, sobrassada and fuet. Other stalls included ones with a range of smelly cheeses and traditional olives from Mallorca. When walking around the numerous stalls, most selling ‘embotits’ - sausages such as sobrassada, botifarrons, camaiot - offering a quick hunger break in the form of sobrassada spread on artesan pa moreno. Between 10am-1pm in the covered market there was an array of different coca Mallorquines - ‘Mallorcan pizza’, a sort of crisp pastry topped with various ingredients from olives, peppers, onions and sometimes mushrooms.

Mushrooms are plentiful at this time of year in Mallorca and many mushrooms of all shapes and sizes were available at Dijous Bo, although the main mushroom fair is in Mancor de la Vall at the end of this month. The best mushrooms in Mallorca are the Esclata-sangs. This large, flat mushroom is very meaty and has a magnificent flavour when cooked.

The main attraction that sets the fair apart from the normal town markets was the area dedicated to farm animals such as Mallorcan black pigs, hens and sheep. There were also ponies available for kid's pony riding . This appeared to be very popular and many small children were seen sat on ponies being walked around by their parents. Many of the animals were for sale and we couldn’t help but think that the proximity of the sobrassada stalls was a bit insensitive for some of the pigs and piglets.

Other events throughout the day included local dance groups and folk bands playing in the streets and square. The event was very interesting to see and a great opportunity to snap up some Mallorcan produce.