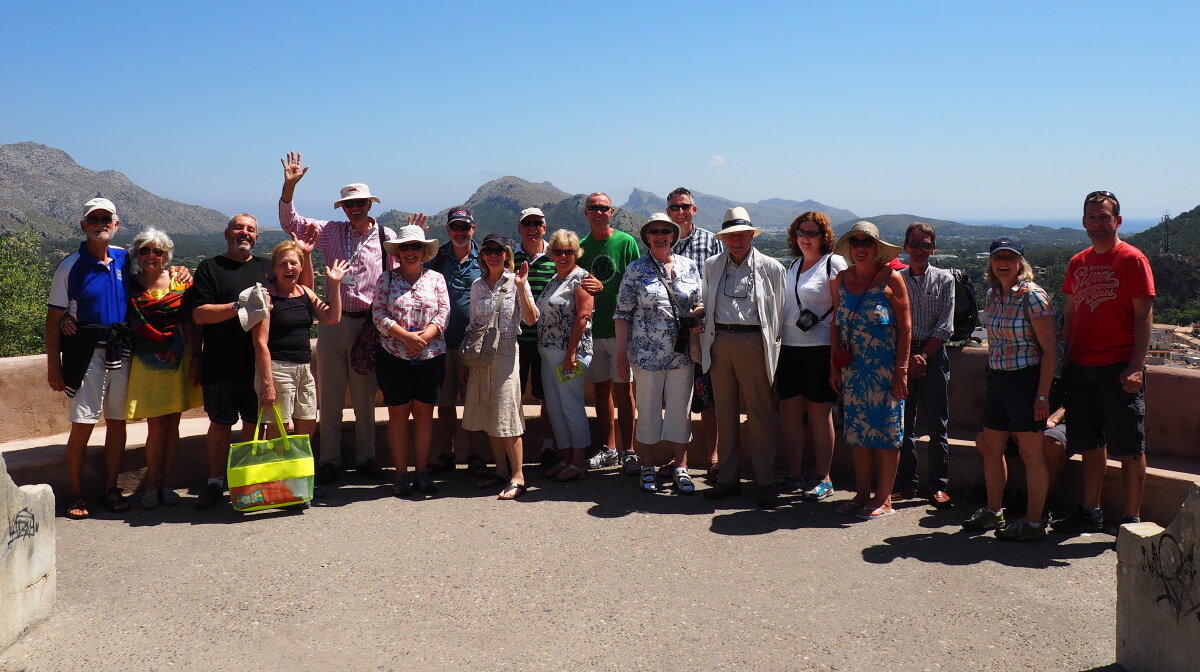 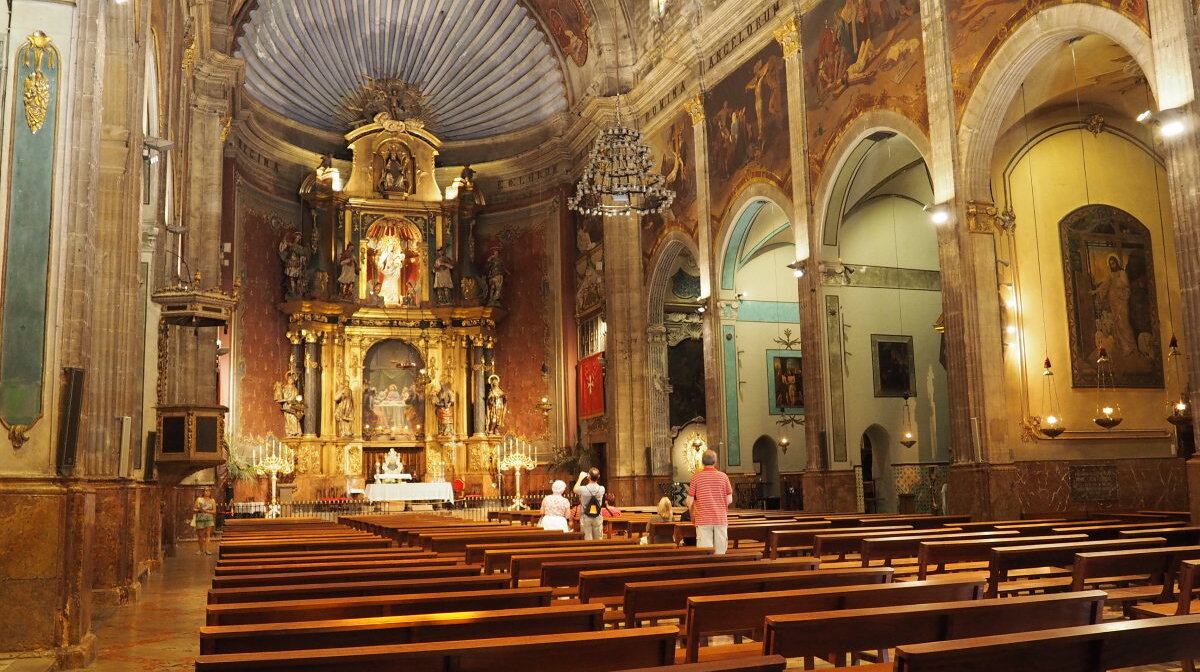 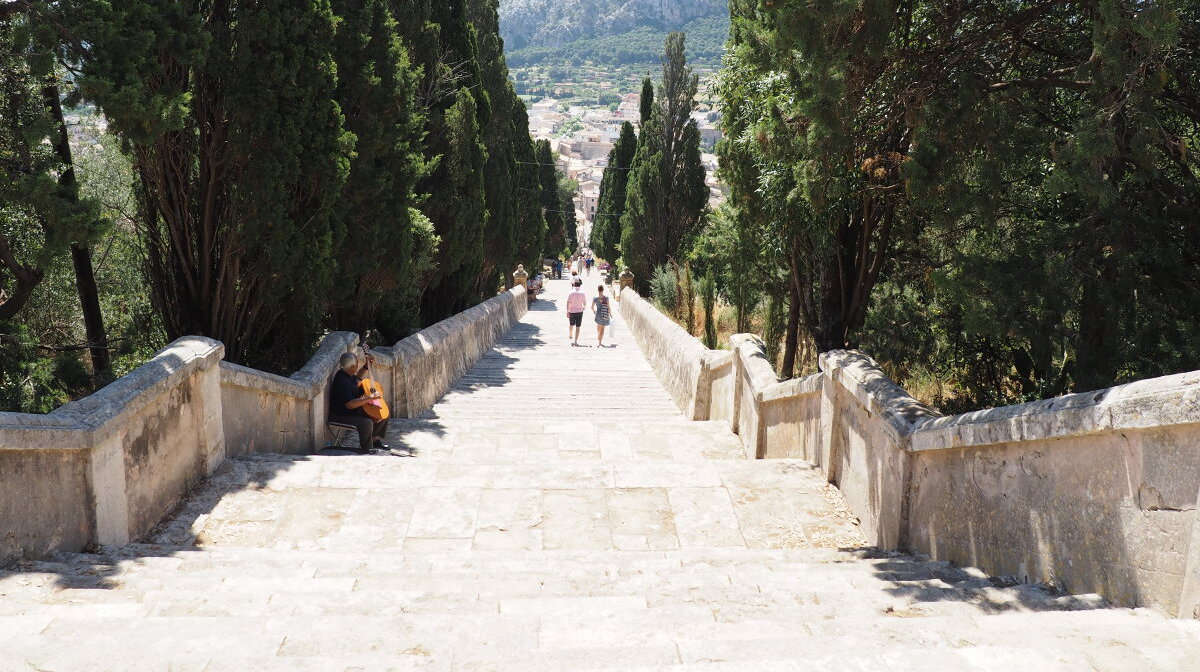 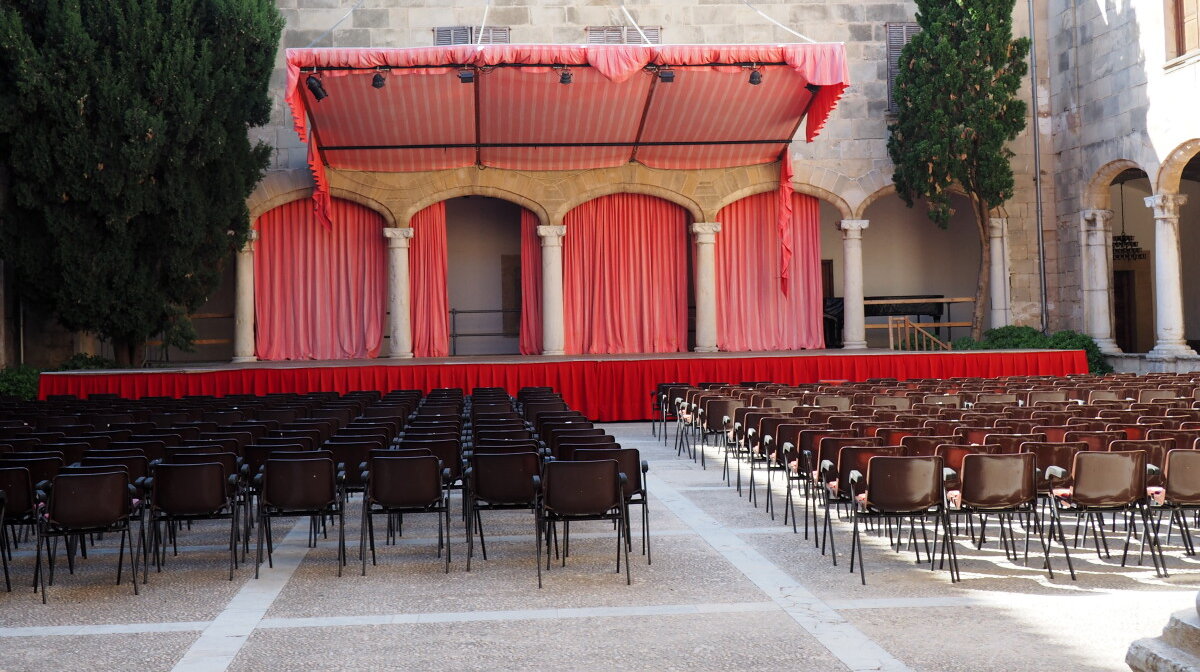 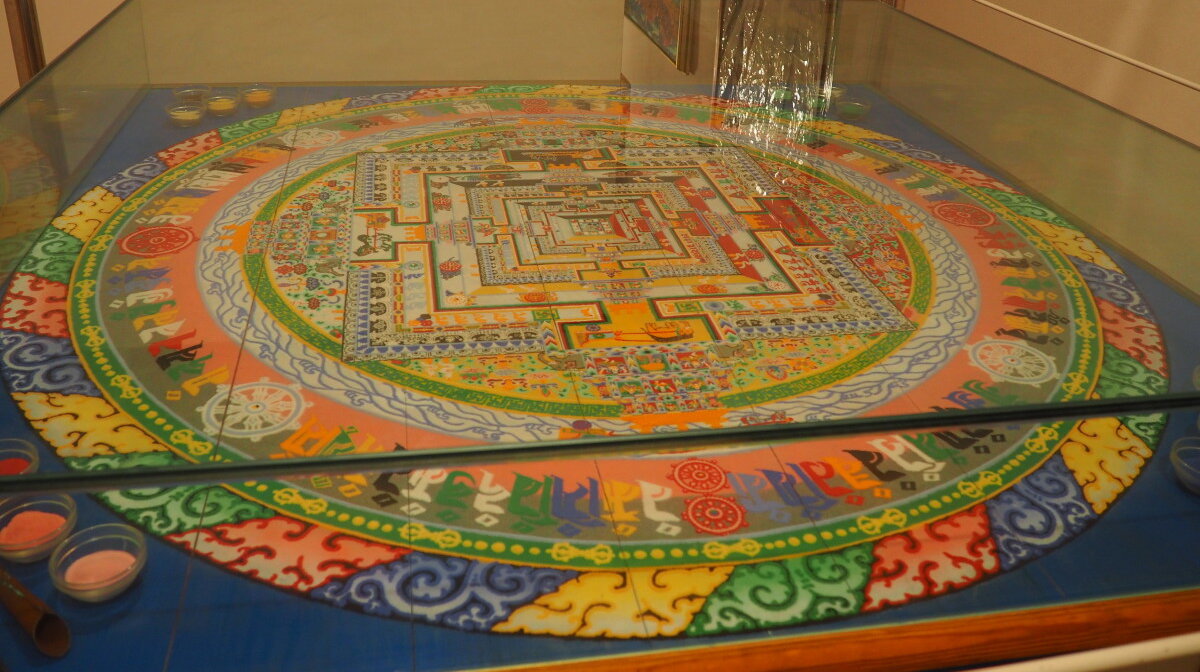 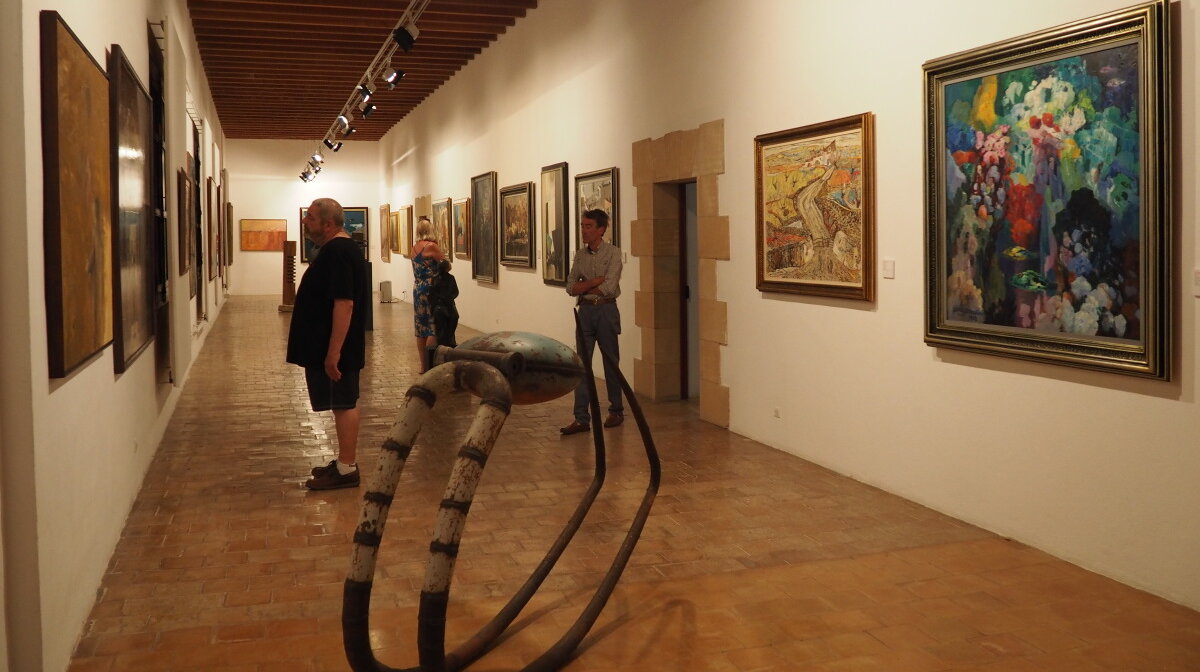 At the Tourist Information office run a free walking tour of Pollenca old town every Thursday at 10 am throughout the off season. It’s a great way to orientate yourself to the town if you’ve just arrived or a way to take in the main cultural sights in one morning of if you’re on a time schedule.

We met outside the Pollenca Tourist Information office at 10 am and Martin our guide arrived and introduced himself to the group. There were roughly 30 of us altogether from pensioners to toddlers. Martin explained that we were going to see 8 highlights and points of interest in Pollenca without further ado we began the tour where we were stood at the Saint Domingo Cloister.

Stop 1. Built between 1558 and 1616 the baroque church and convent is now the location of Pollenca’s famous classical music festival and has also hosted the Pollenca contest of modern art.

Stop 2. Situated in the Convent is the Pollenca Museum which houses the winning pieces of that modern art contest from 1962 to the present. Other points of interest, which Martin drew our attention to, were the Gothic room, the Atilio Bovery Collection and the Buddhist Mandala which was presented to the city of Pollenca in 1990 by the Dalai Lama.

Stop 3. We stepped outside of the museum and into the Joan March Gardens, displaying a wonderfully preserved medieval gothic tower which our Guide explained to us was a defensive watch tower from which fires could be lit to signal incoming invasion to the other watch towers in the area.

Stop 4. The ‘Mare De Deu Dels Angels’ or Our Lady of The Angels Parish Church, this is the largest church in the city and the point around which the city originally grew. Beginning in the 13th centaury the construction and renovation of this church has been an ongoing process with the current parish building being built in the 18th century. A mixture of baroque and gothic styles the building is strikingly plain from the outside belying an extremely richly decorated and well maintained interior.

Stop 5. Calvari. We ascended the 365 steps up to the chapel at Calvari which houses the sculpture of the Lord’s Mother kneeling at the foot of the cross, carved from one single piece of stone it is believed to be dated from the 13th or 14th century. From the view point at the top of the steps you can see out across the country to the coast from Cala Sant Vincenc to Puerto Pollensa, Formentor, and PortD’Alcudia, a view which makes the 365 steps worth the trouble. On the way back down we took the road instead and passed the 14 stone crosses which mark the route.

Stop 6. The Saint Ignasi School, ‘Monti-sion’ the church and convent built by the Jesuits between 1698 and 1738 and extensively repaired by Joan d’Arago from 1723, the building now houses the town hall and a state private school.

Stop 7. The Alms Square ‘Placa De L’Amonia'. So named for the Alms house situated in this tiny square which was a benefit institution that helped the poor people in the 18th century. The square is also the place where the first confrontation occurs in the reenactment of the Moors and Christians battle, celebrated every August 2nd.

Stop 8. We ended our tour in the main square Placa Major, 3 hours after we had begun. Slighty toasted from the sun and brains engorged from so much information we took our leave from Martin, thanking him for the wealth of knowledge he had imparted upon us in such a short space of time.

Our guide was exceptionally knowledgeable imparting far more information about each site than I could possibly hope to relay here, and he knew how to keep the crowd interested mixing stories of grave-robbing, scandal, modern interest and the ever fashionable Knights Templar into his talks. He could answer any questions we had and was willing to discuss anything that interested the group, and he could have done it in 4 languages.

The walking involved was negligible until the 365 steps up to Calvi, however Martin merely showed anyone who couldn’t do the climb the point to which we would be returning in 20 minutes or so and the rest of us pressed on with Martin halting the group every now and then, ostensibly to point out sights but I think more so that the older members could discreetly catch their breath. I would recommend leaving the children behind, although they managed the steps fine, it is rather more information than action and the families with children in our group left midway through.

A great and extremely educational morning out that I would recommend to everyone who wants to learn about the culture of the town. The best part about it was that it was all actually free; I was expecting to pay entrance fees as we went along, but although donations were appreciated at some of the stops (and many of our group tipped the guide at the end) there was no expectation to and no hidden or fees to worry about.

If you enjoy this kind of tour Alcudia also run a similar one, just ask at the Tourist information for more details.