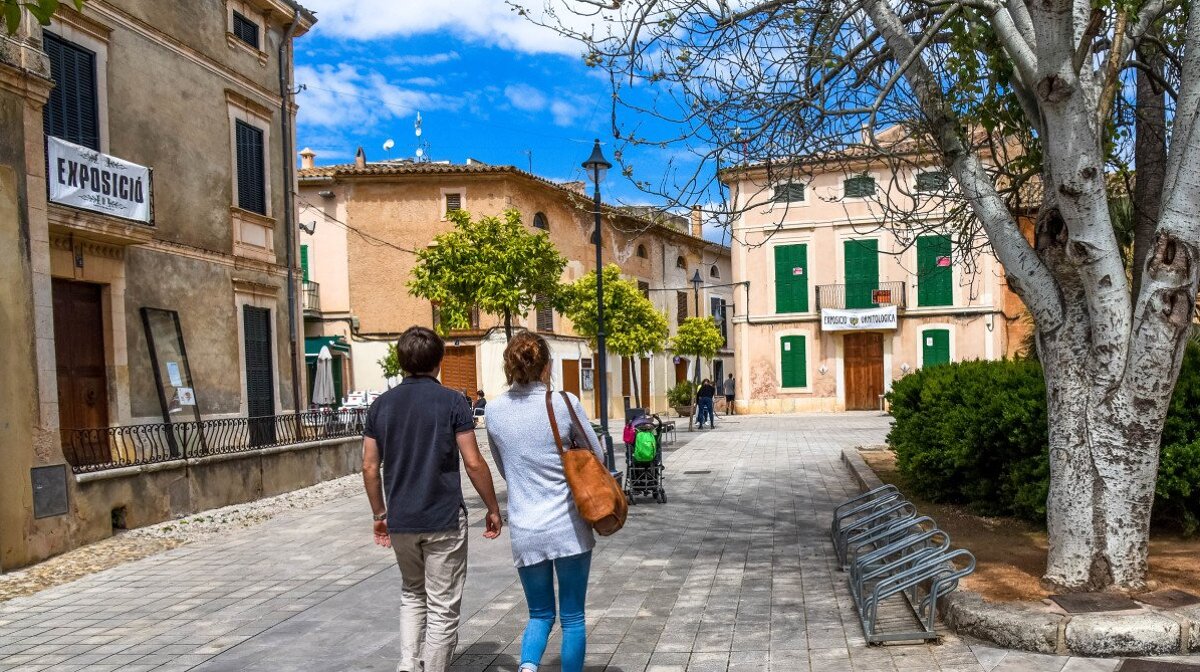 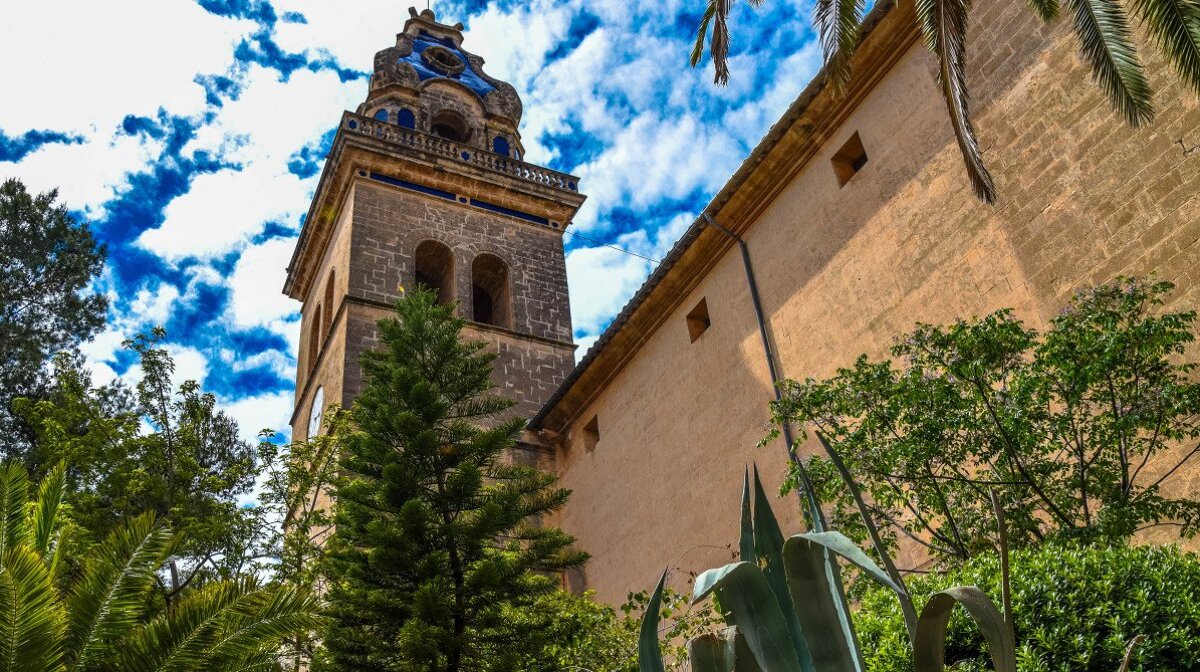 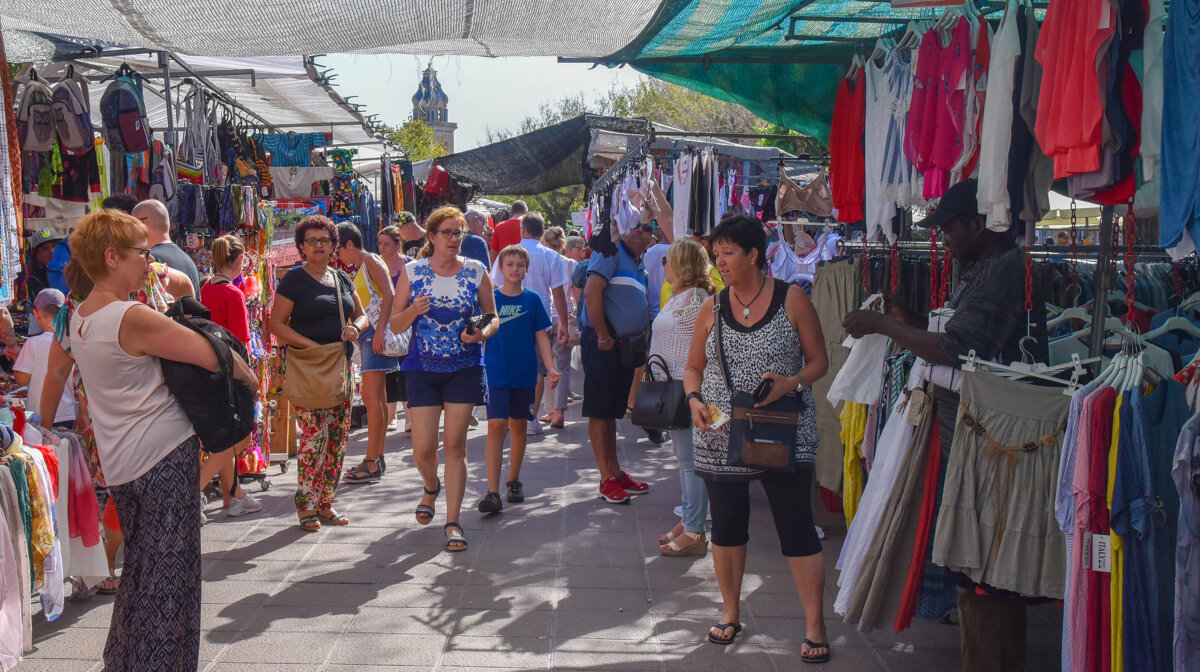 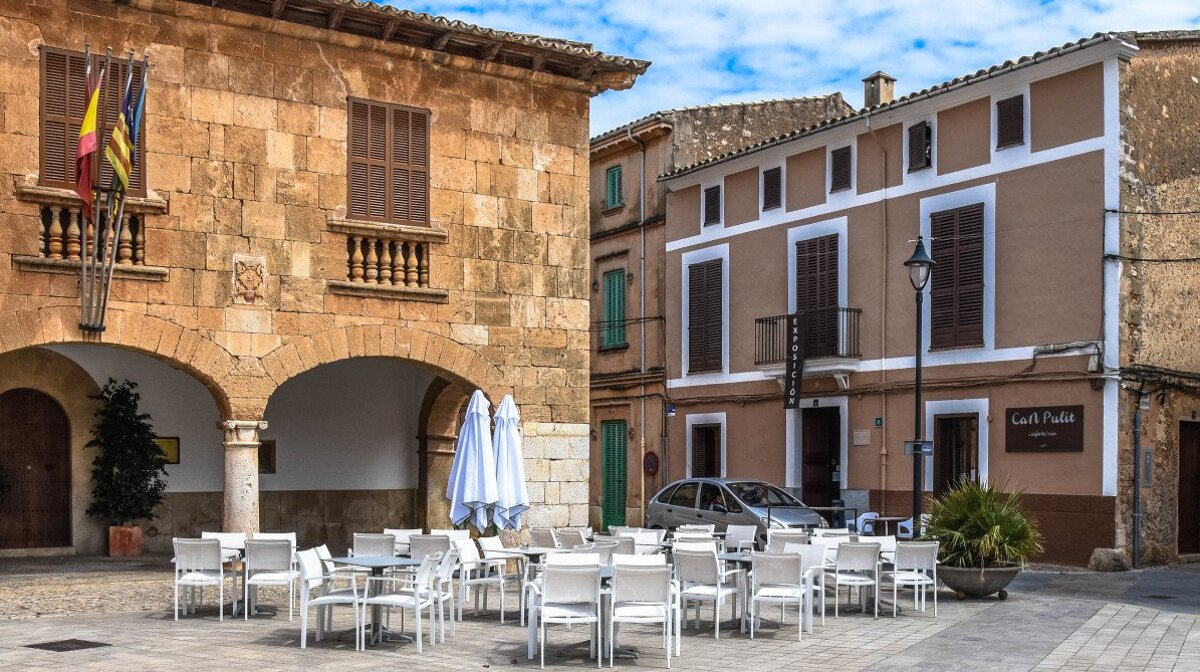 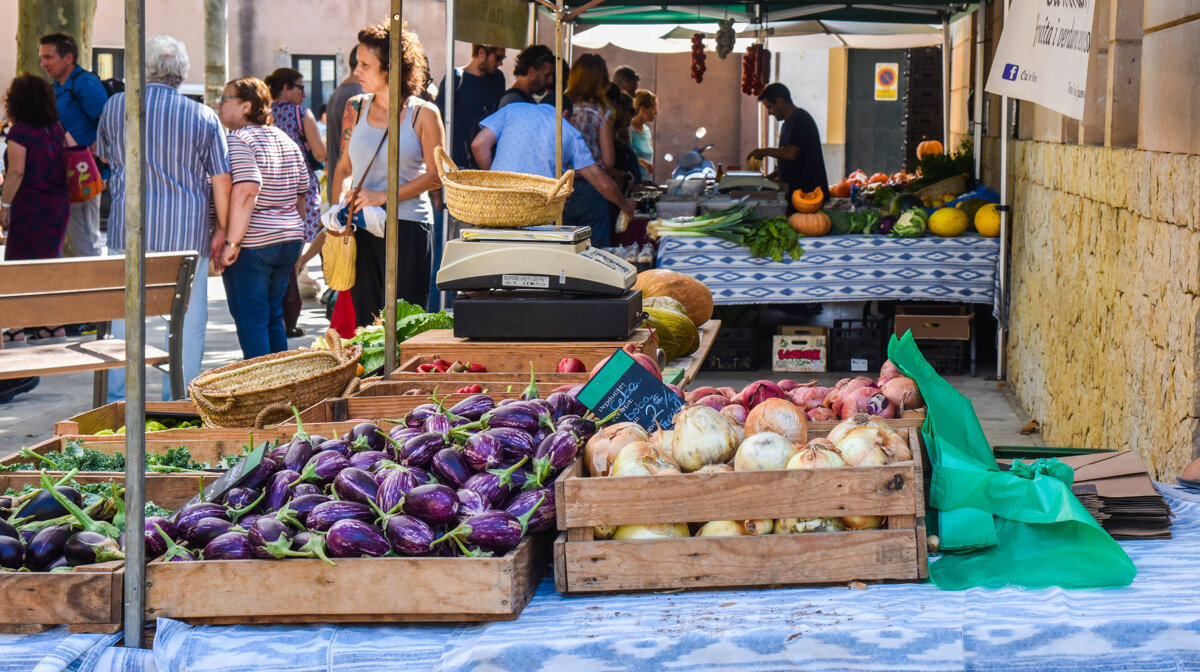 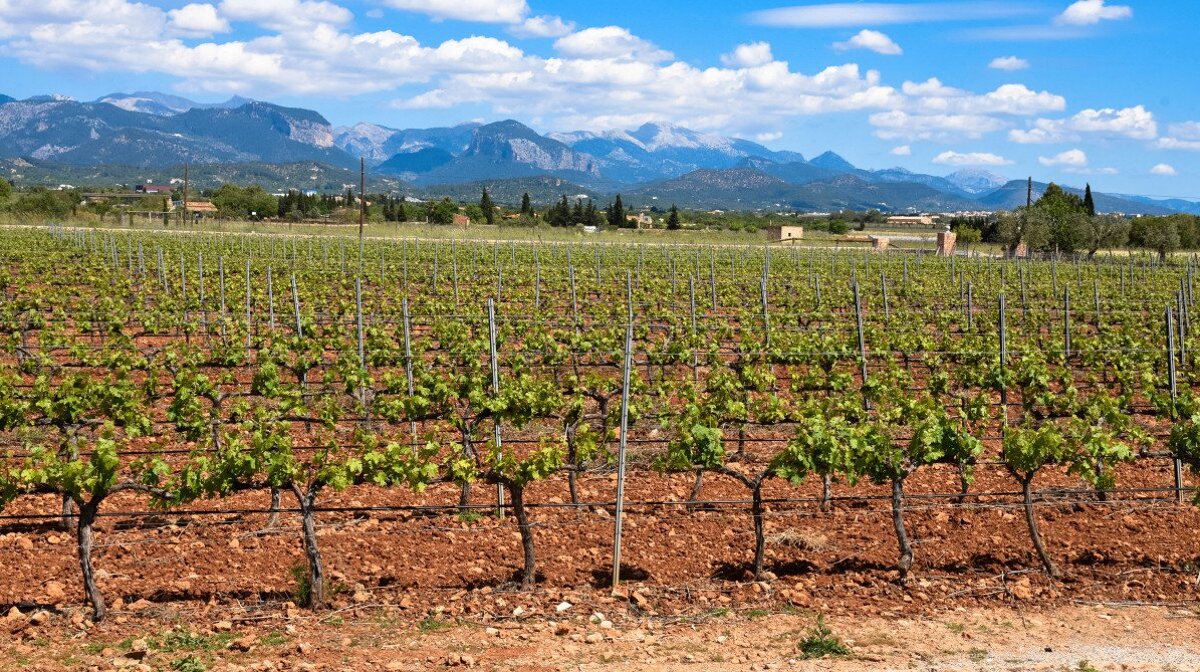 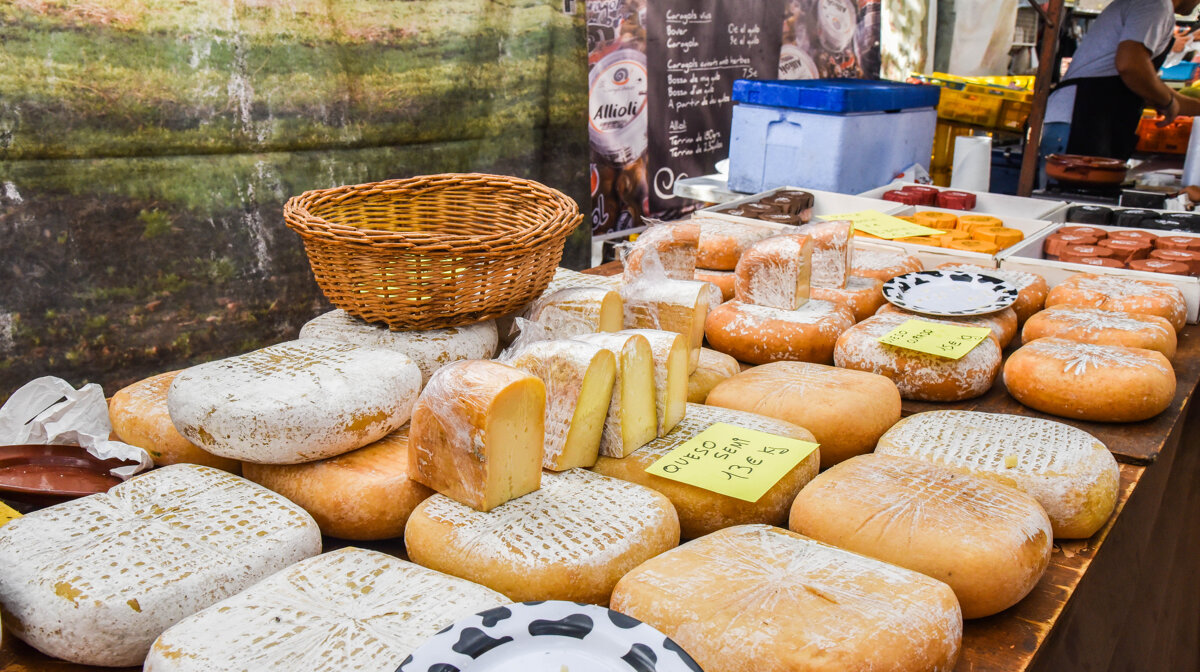 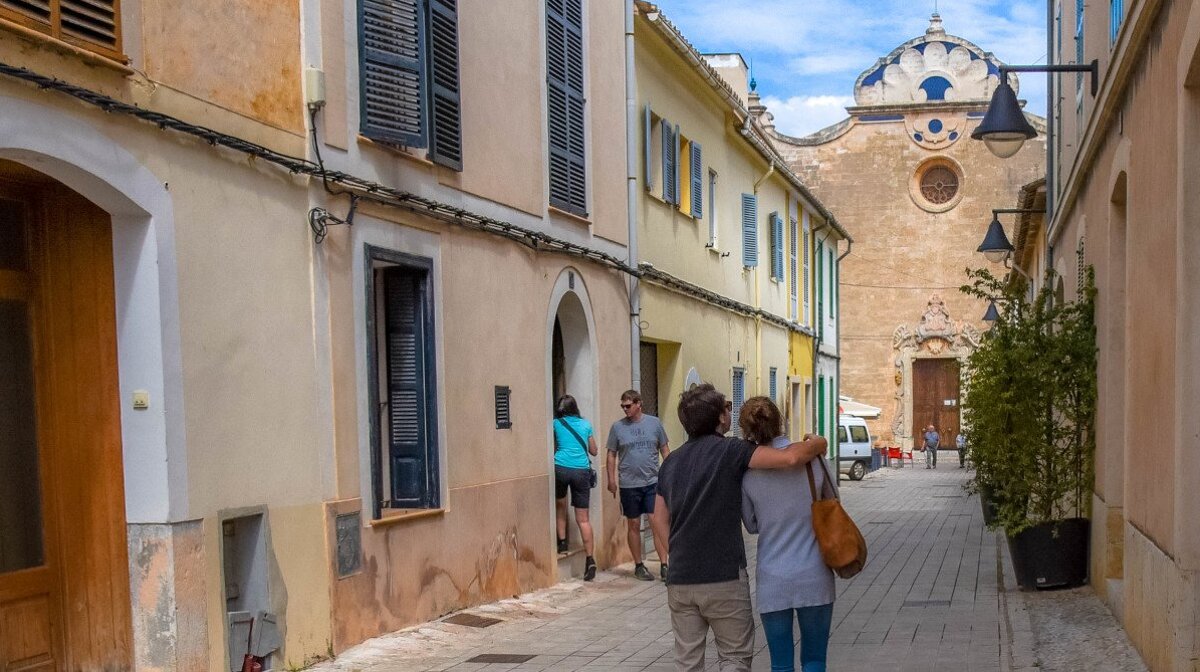 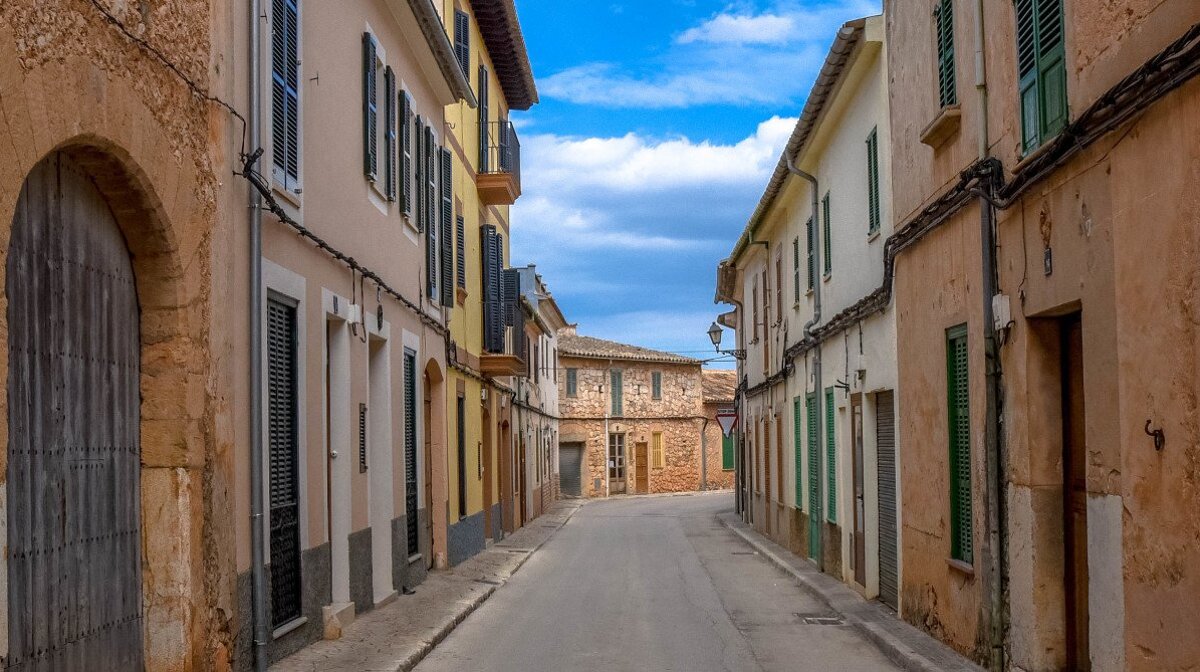 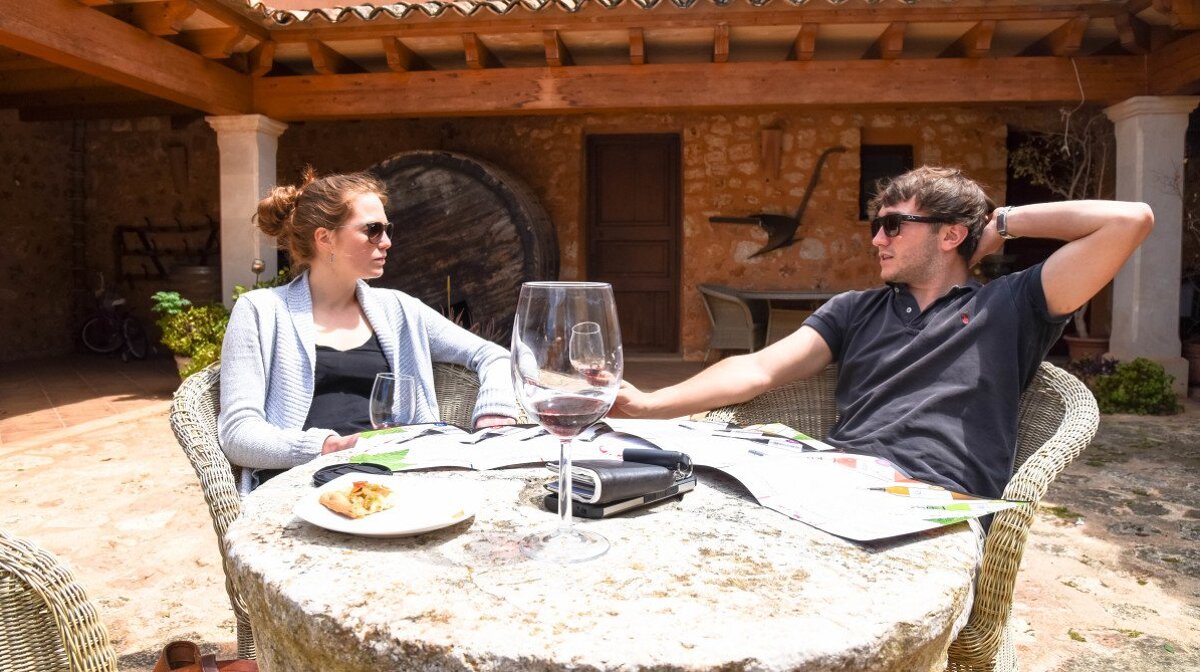 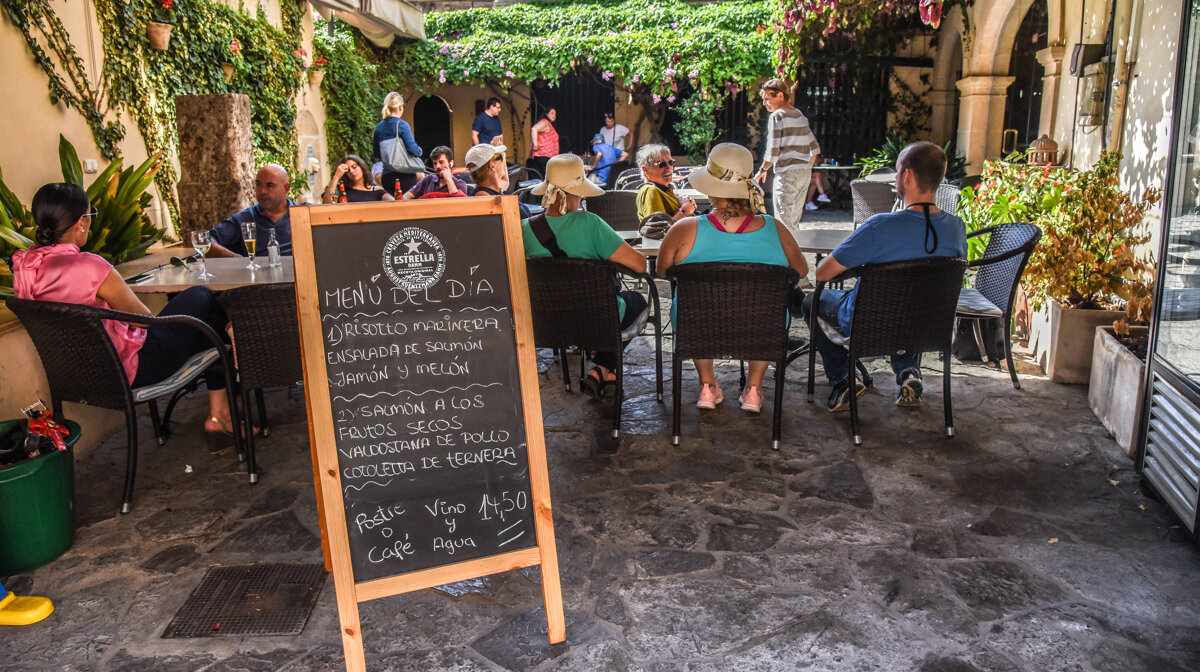 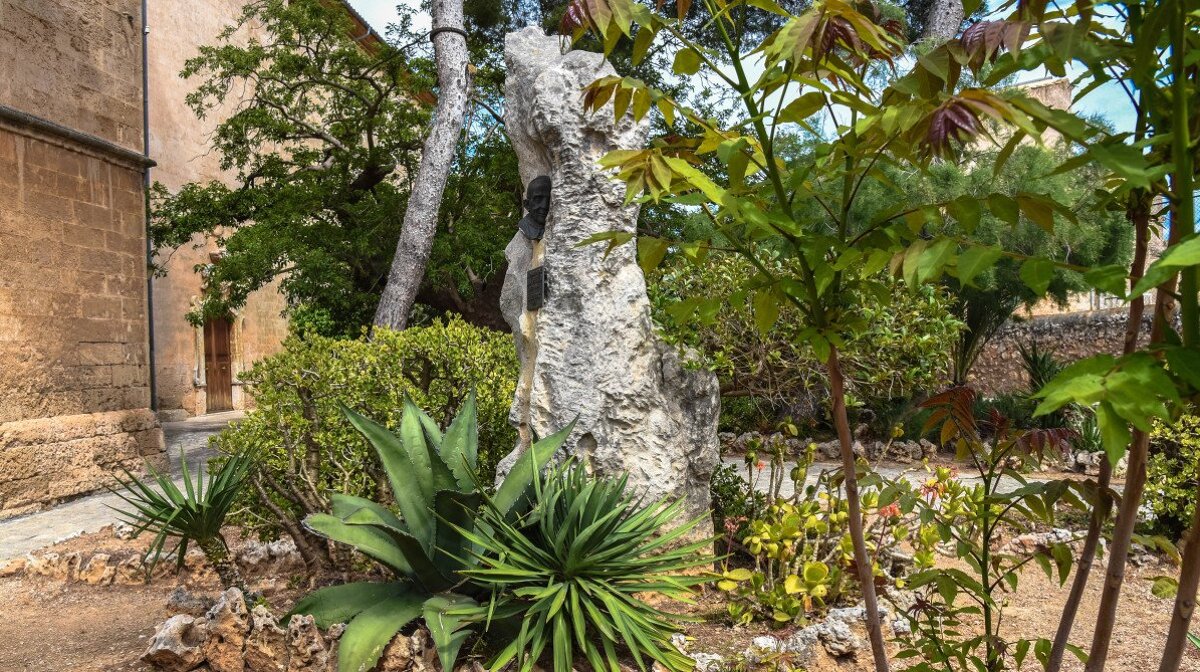 Santa Maria del Cami is a pretty little market town to the north of Palma. It resides just off the motorway that takes you north to Alcúdia and Pollença.

The picturesque town of Santa Maria del Cami, known by the locals as just Santa Maria, sits in Mallorca’s central flat plain, in one of the island's most prominent wine growing regions. On the doorstep of the Serra de Tramuntana, it boasts one of the most magnificent mountain backdrops while being surrounded by olive, almond and carob trees, along with a growing number of vineyards.

Most of the week, Santa Maria is a sleepy, authentic Mallorcan town with a good selection of cafes, restaurants and convenience stores. On Sundays, however, the whole place comes to life as it puts on its weekly market and the crowds flock to pick up fresh produce, locally made arts and crafts and other bargains. The town claims some of the best transport links to the rest of the island thanks to being on three of the main railway lines in Mallorca.

Santa Maria has developed a reputation as one of Mallorca's artistic centres. Many of the island's potters work close by, in Portol, while Santa Maria is the centre for manufacturing 'roba de llengues' ('cloth of tongues'), cotton woven into bright zigzag patterns and used in curtains, bedspreads and upholstery. Falling within the Binnissalem region, Santa Maria del Cami is also a hub for winemaking, in fact, the town is surrounded by some of the top vineyards on the island which means many wine connoisseurs and enthusiasts travel to the area to sample its delights.

Santa Maria del Cami is particularly attractive amongst internationals favouring rural life over the more touristy side of the island. 'Whilst the old finca-style properties are increasingly sought after by families and retirees from all over Europe, the population remains predominantly Spanish.

Much of the town was built in the 17th, 18th and 19th centuries, however, the original settlement dates back to the Arab rule over Mallorca when it was called ‘Mauia’, which translates into English as ‘Stop on the Wayside’. Being within the flat plains of Binnissalem, Santa Maria del Cami has specialized in viticulture since ancient times, especially since the 18th century when they began to export brandy to the rest of Europe and South America.

Santa Maria del Cami’s parish church is one of the most beautiful buildings in the town and is a wonderful example of Mallorca’s Baroque past. You can’t help but admire the attention to detail that went into building the temple between 1718 and 1756. The town hall, like in many other villages in Mallorca, is a typical 17th-century Renaissance building in the main square. It was once the town's prison, and it is still possible to peak through the iron fence to see the room where the prisoners were once kept.

The hike between Santa Maria del Cami and the village of Orient, through the valley of the Coanegra Gulley, provides the opportunity to stop and admire some of Mallorca’s most magical beauty spots including the Son Pou Avenc Cave and the Es Freu Waterfall.

Santa Maria is home to one of Mallorca's biggest and best markets. Every Sunday, locals and visitors gather to search out bargains of everything from locally grown fresh produce to clothing or arts and crafts.

Things to Do in Santa Maria del Cami

Santa Maria del Cami is in an advantageous position, just a short distance away from the Serra de Tramuntana mountain range, making it a convenient base for walkers and cyclists. Wine lovers and visitors keen to immerse themselves in the Mallorca’s quiet rural life will also opt to stay around Santa Maria del Cami.

Cycling & Hiking
Being based in Santa Maria del Cami means you have got a good choice of terrain to choose from when it comes to exploring Mallorca’s landscapes by foot or bike. For a leisurely route, you can take to the lanes on the flat plains and admire the picture perfect landscapes containing fields of vines, almond and olive trees with the occasional finca in between. Alternatively head straight for the mountains to indulge in some more challenging exercise with steep ascents and descents and, of course, some breathtaking scenery.

Wine Tasting
Located in the region of Binissalem, Mallorca's largest wine producing area, Santa Maria del Cami is surrounded by some of the best vineyards on the island. The two closest ones to Santa Maria del Cami are Bodegas Angel and Macia Batle where you can take a tour of the vineyards and arrange tastings if you make a prior appointment. There’s also the opportunity to join some more extravagant tours and tastings with Mallorca Wine Tours who organize trips like the Gourmet Train or the VIP Finca Experience.

Moli Des Torrent is one of the most famous restaurants in the area, sitting within a restored windmill on the outskirts of town, the restaurant oozes charm. It offers high-end Mediterranean cuisine with an injection of creativity  Yet another cosy courtyard setting awaits you in the centre of town, where the trendy Bistro 19 is found (within the Living Dreams furniture store). This restaurant provides a chic setting to eat imaginative Mediterranean cuisine along with other international favourites featuring on the menu. Italian restaurants are dotted around the town and, for many, Pizzería Limoncello is the top choice. For something a bit different, the town has its own vegetarian restaurant at Es Viu Vegetarià i Vins which offers a whole host of nutritious treats appealing to vegetarian, vegan and maybe even tempt the more carnivorous individuals.

Most accommodation in Santa Maria comes in the form of fincas just outside the town which have been tastefully restored and transformed into hotels and guest houses. The Reads Balance Hotel is the perfect example, a charming boutique hotel surrounded by its own ecological gardens and a vineyard. Each room is individually decorated and the restaurant serves only the freshest locally sourced food. It’s particularly popular because there’s the option of an outdoor and indoor swimming pool. For a home-away-from-home approach, try the Finca Agroturismo Sarbosar, a farmhouse which has been tastefully styled. It’s unique in its offering with its pet-friendly accommodation and has all the features all one could want including an outdoor pool, BBQ area and sun terrace.

How to get to Santa Maria del Cami